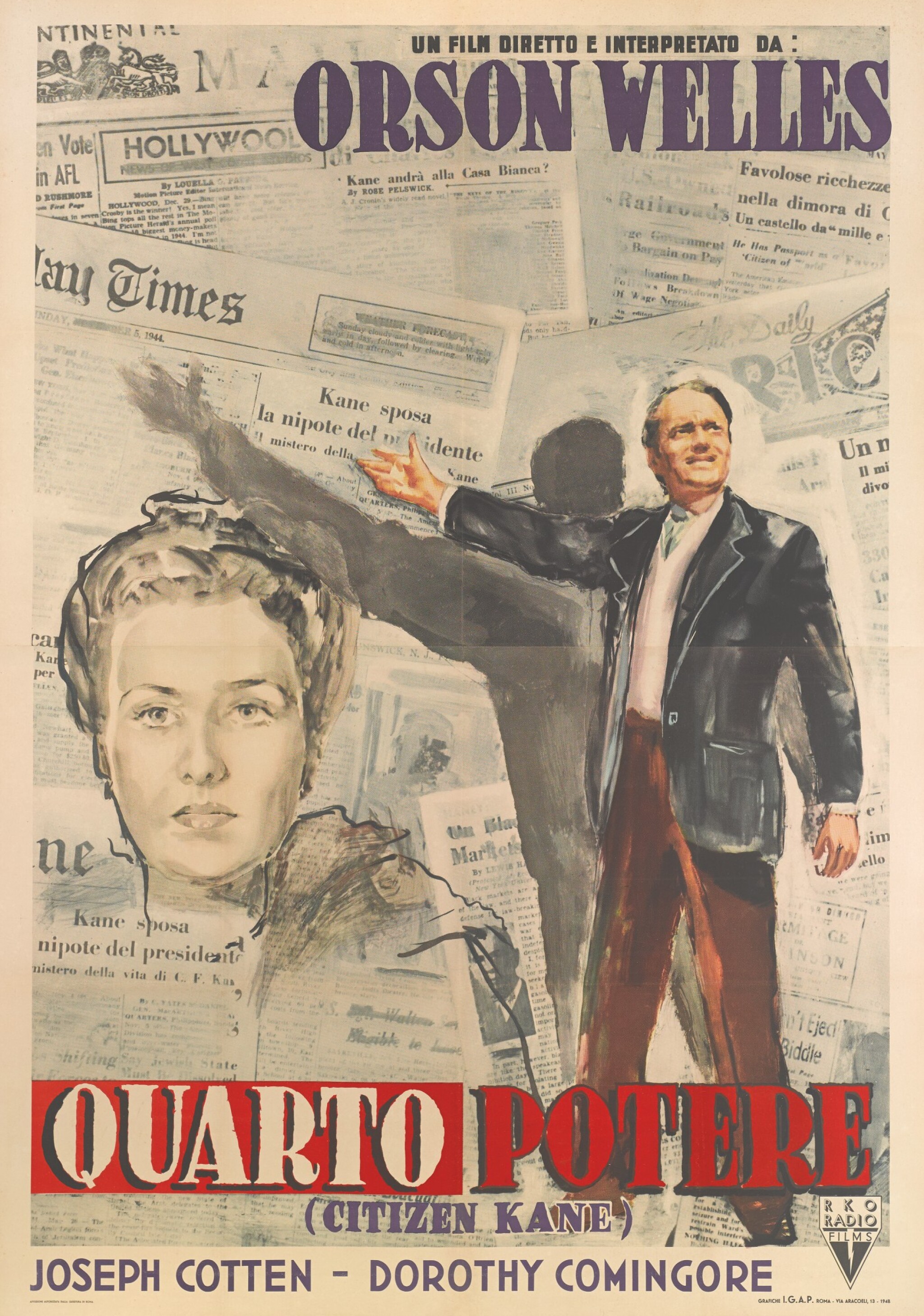 Orson Welles at the age of only twenty-five directed, produced, co-wrote and starred in this remarkable film. This film has consistently been number one on the American Film Institute's top 100 American films. In Italy the film's title is Quarto Potere, which translates to the fourth power. This term refers to the power of the press and news media, and how they are able to manipulate issues. This is traditionally a European concept, where there are three powers (estates): the clergy, the nobility and the people. The fourth power is not formally recognised, although referred to. This powerful poster features Orson Welles against a backdrop of a montage of newspaper articles. This is certainly the most fitting artwork of any of this film's world-wide advertising campaigns. Fewer than ten known surviving examples.