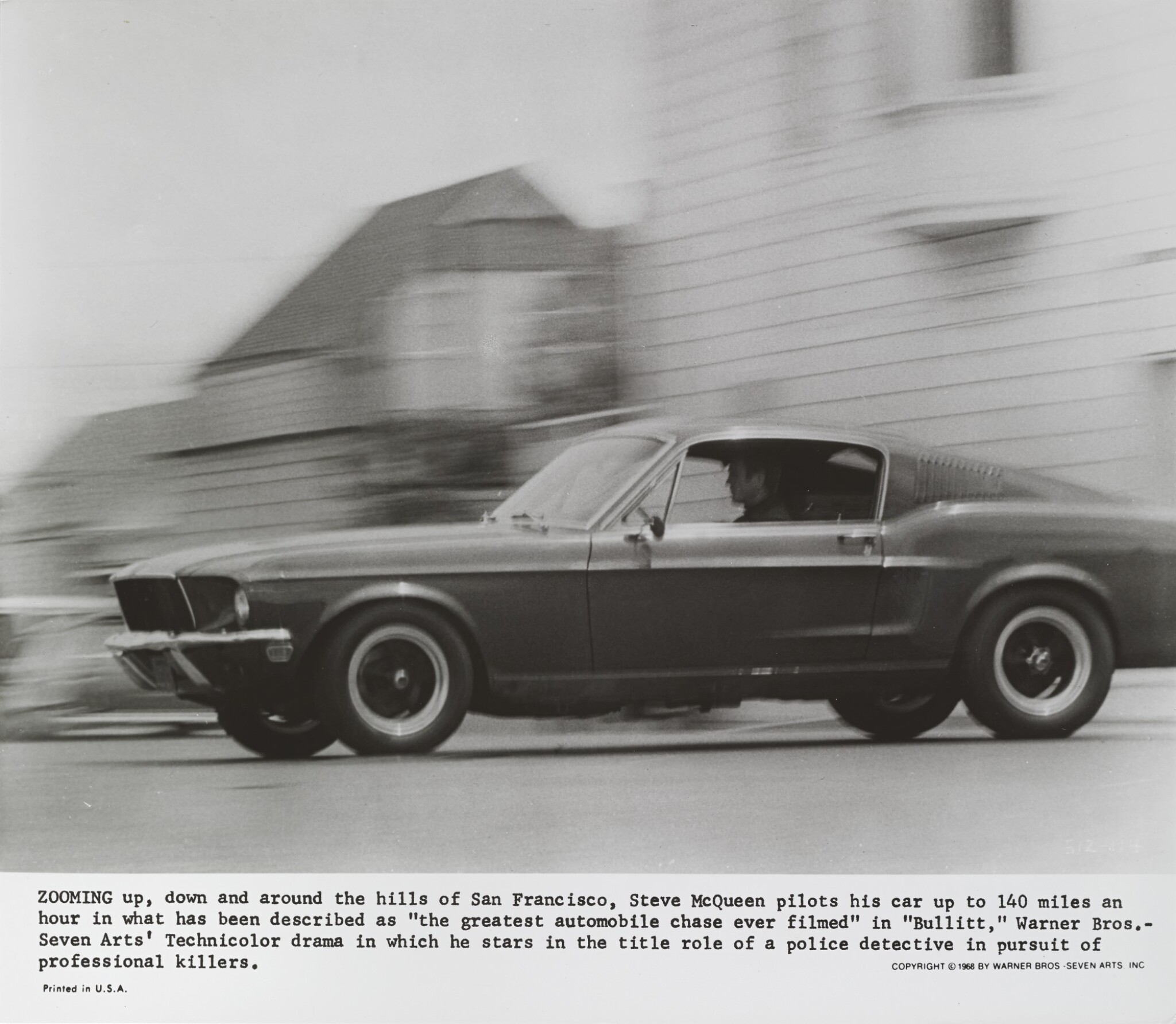 This action thriller was directed by Peter Yates, and stars Steve McQueen, Robert Vaughn and Jacqueline Bisset. It is undoubtedly Steve McQueen's most famous role, where he plays San Francisco Police Lieutenant Frank Bullitt. Bullitt and his team are given the important task of guarding, who they think is, mobster Johnny Ross over the weekend, as Ross is due to give evidence on the Monday, in a Senate subcommittee hearing on organised crime. Things don't go quite to plan when two hitmen burst in and shoot Ross, who later dies in hospital. Bullitt is then determined to find who was behind killing the witness in his protection, and in doing so a bigger story unfolds. The other star of the film is the 1968 Ford Mustang, which Bullitt drives in the exciting, and now classic car chase scenes.  This cool production still features Steve McQueen in his Ford Mustang 390 GT. This still has the wording 'zooming up, down and around the hills of San Francisco, Steve McQueen pilots his car up to 140 miles an hour in what has been described as 'the greatest automobile chase ever filmed' in Bullitt'