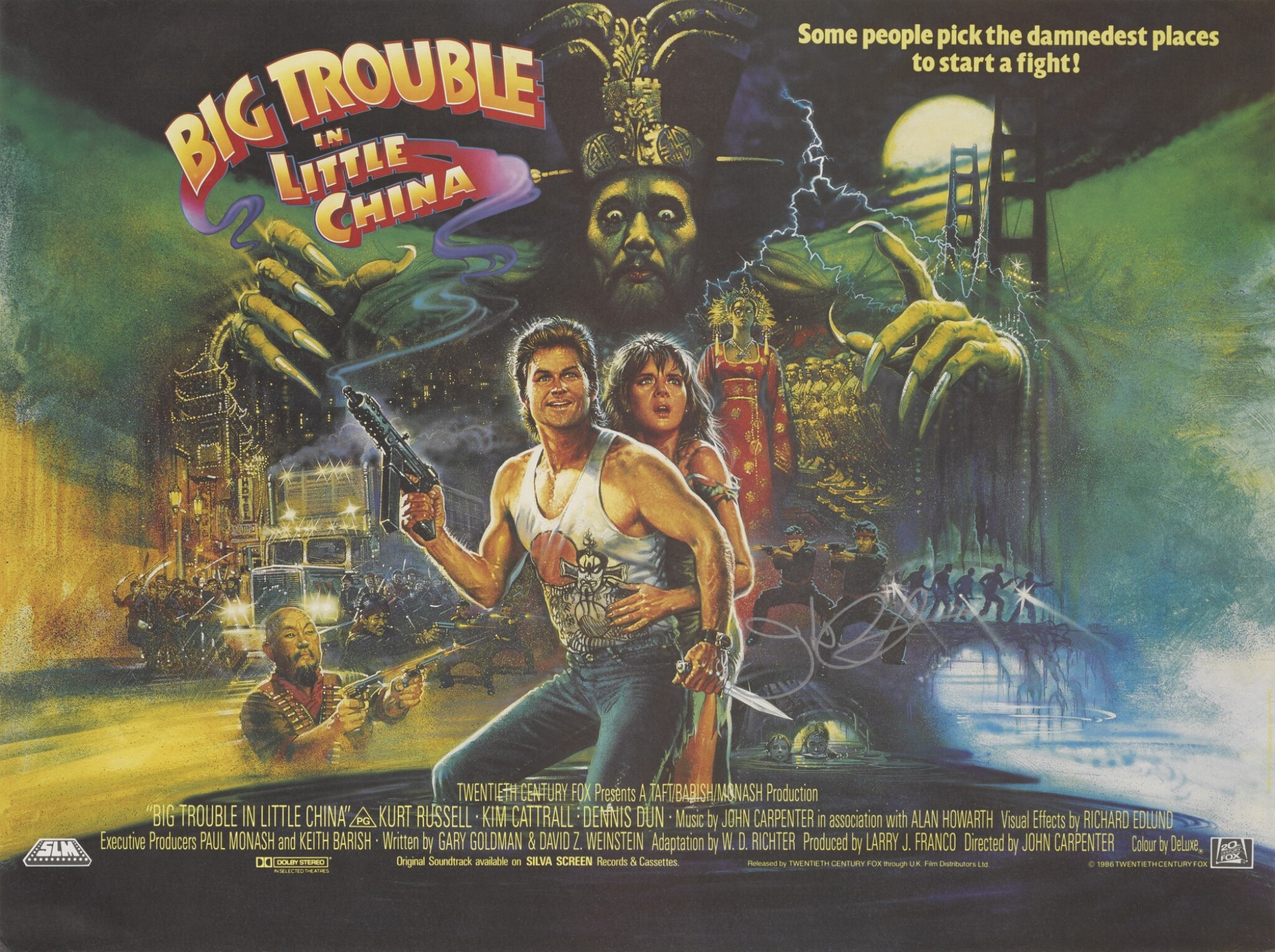 This fantasy martial arts comedy was directed by John Carpenter and stars Kurt Russell, Kim Cattrall, Dennis Dun and James Hong. The film is about a character called Jack Burton, who helps his friend, Wang Chi, rescue Wang's fiancée from bandits and a century-old curse, in a supernatural world beneath San Francisco's Chinatown. This poster was signed by John Carpenter after performing at a Release the Bats Tour concert. It is rare for anyone to have an original film poster signed, as the majority of signatures are on pieces of paper, photographs and video/dvd sleeves. It is unusual to have the film's poster with you when you try to obtain signatures.