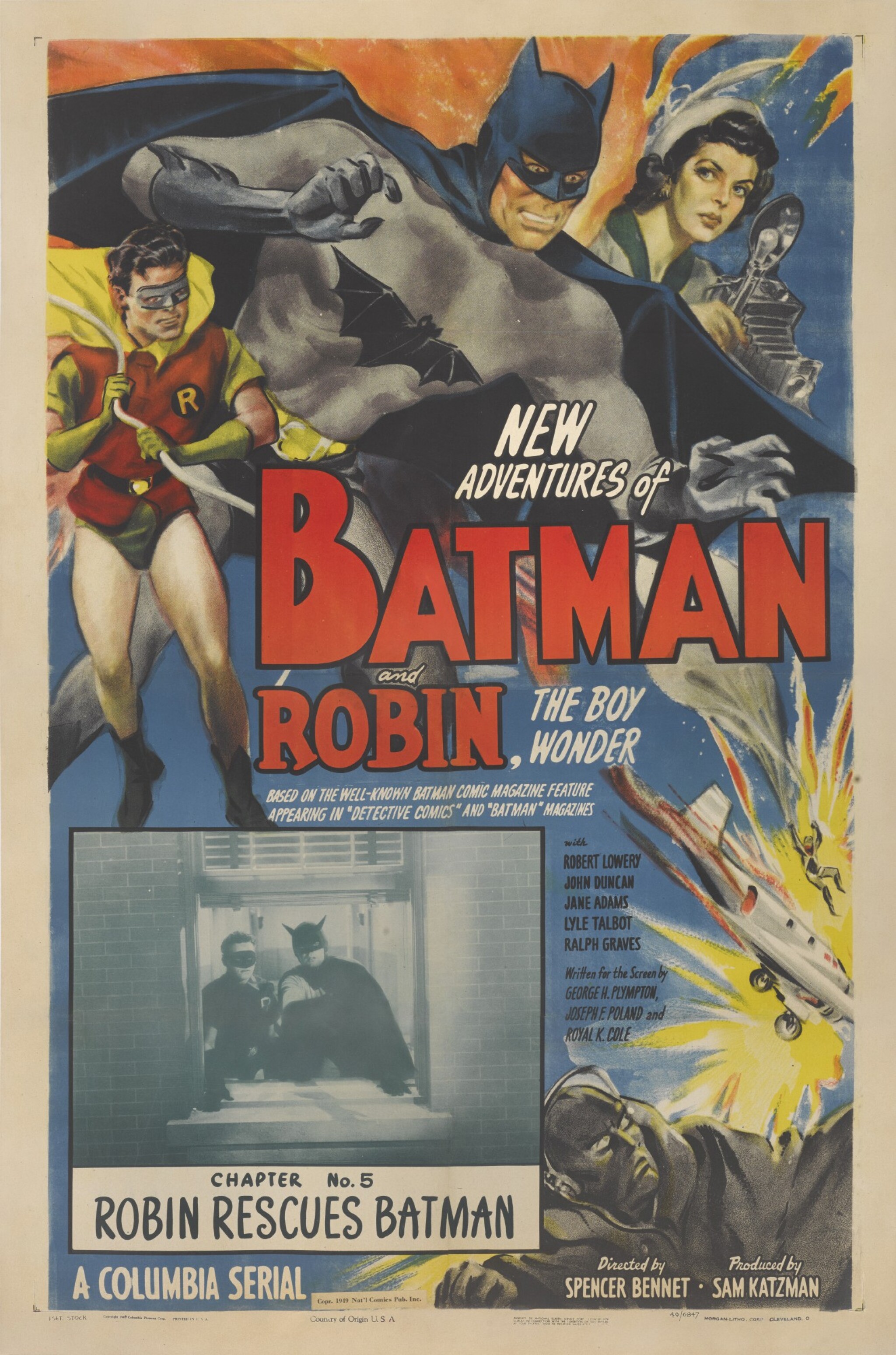 This film was part of a 15-part serial. It was directed by Spencer Gordon Bennet, and stars Robert Lowery, Johnny Duncan and Jane Adams. It was the sequel to the 1943 serial Batman: The caped Crusader Returns! This poster was used to advertise Chapter 5, which was released in 1949. Not many of these individual chapter posters are known to have survived.