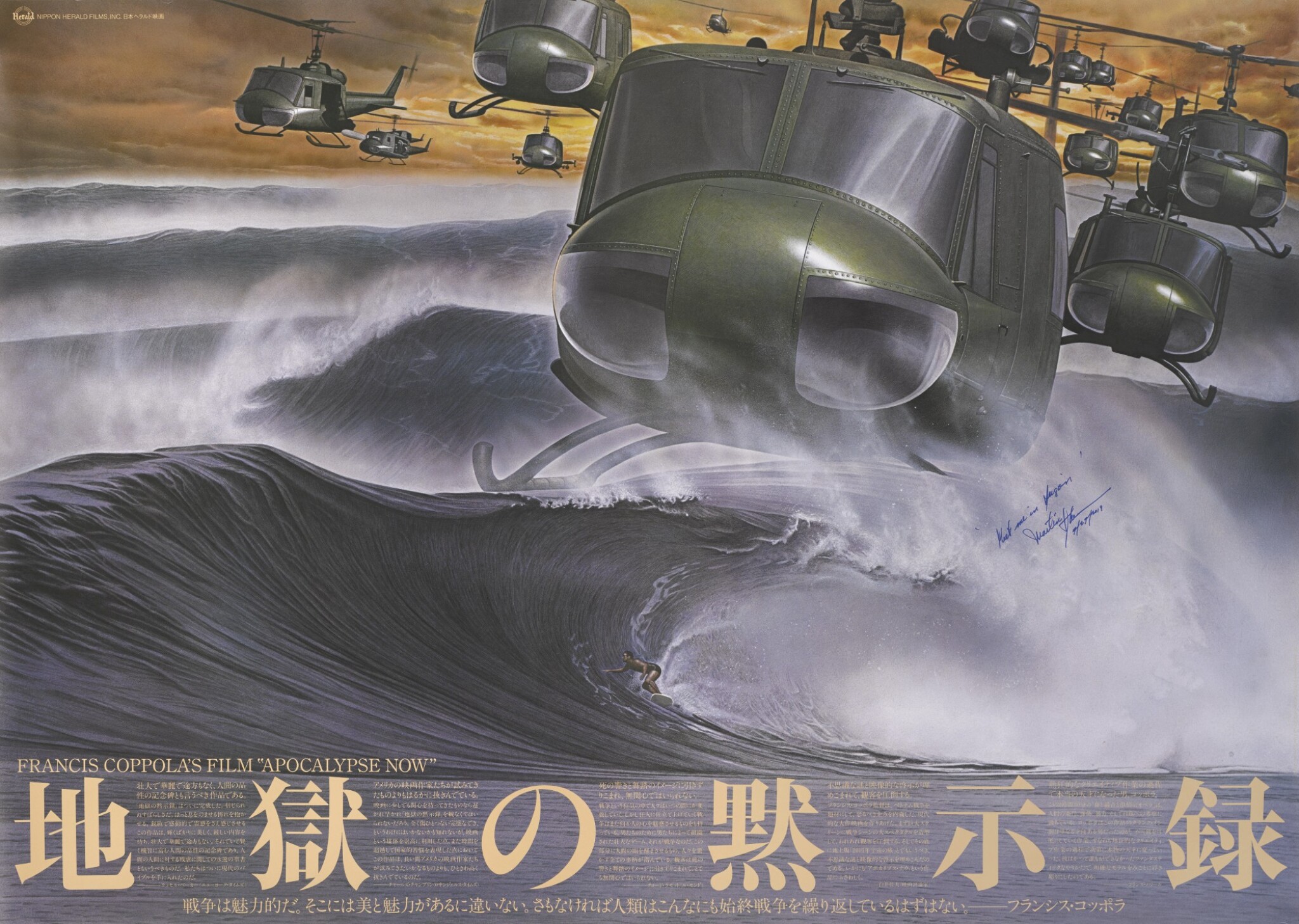 Art by Haruo Takino and designed by Eiko Ishioka.

This American epic war film was directed, produced and co-written by Francis Ford Coppola, and stars Marlon Brando, Robert Duvall, Martin Sheen and Dennis Hopper. The documentary, Hearts of Darkness: A Filmmaker's Apocalypse, chronicles how Francis Ford Coppola's Apocalypse Now was difficult to make, owing to the extraordinary script, shooting, budget, and casting problems, and almost destroyed the life and career of Coppola. Brando arrived on the set overweight and unfamiliar with his lines. Sheen unfortunately suffered a heart attack during filming. Even though the making of this film was plagued with many problems, the finished film is considered a masterpiece.

Haruo Takino is a Japanese artist, who has taken a unique approach with the artwork for this piece, which does not feature Marlon Brando, but the menacing army helicopters above a large swell with someone surfing the waves. The film has many memorable lines, including Lt. Col. Kilgore's ' You can either surf, or you can fight!'. Martin Sheen signed this poster whilst at a special convention in London. He commented that he had never seen this beautiful poster before. It is rare for anyone to have an original film poster signed, as the majority of signatures are on pieces of paper, photographs and video/dvd sleeves. It is unusual to have the film's poster with you when you try to obtain signatures.