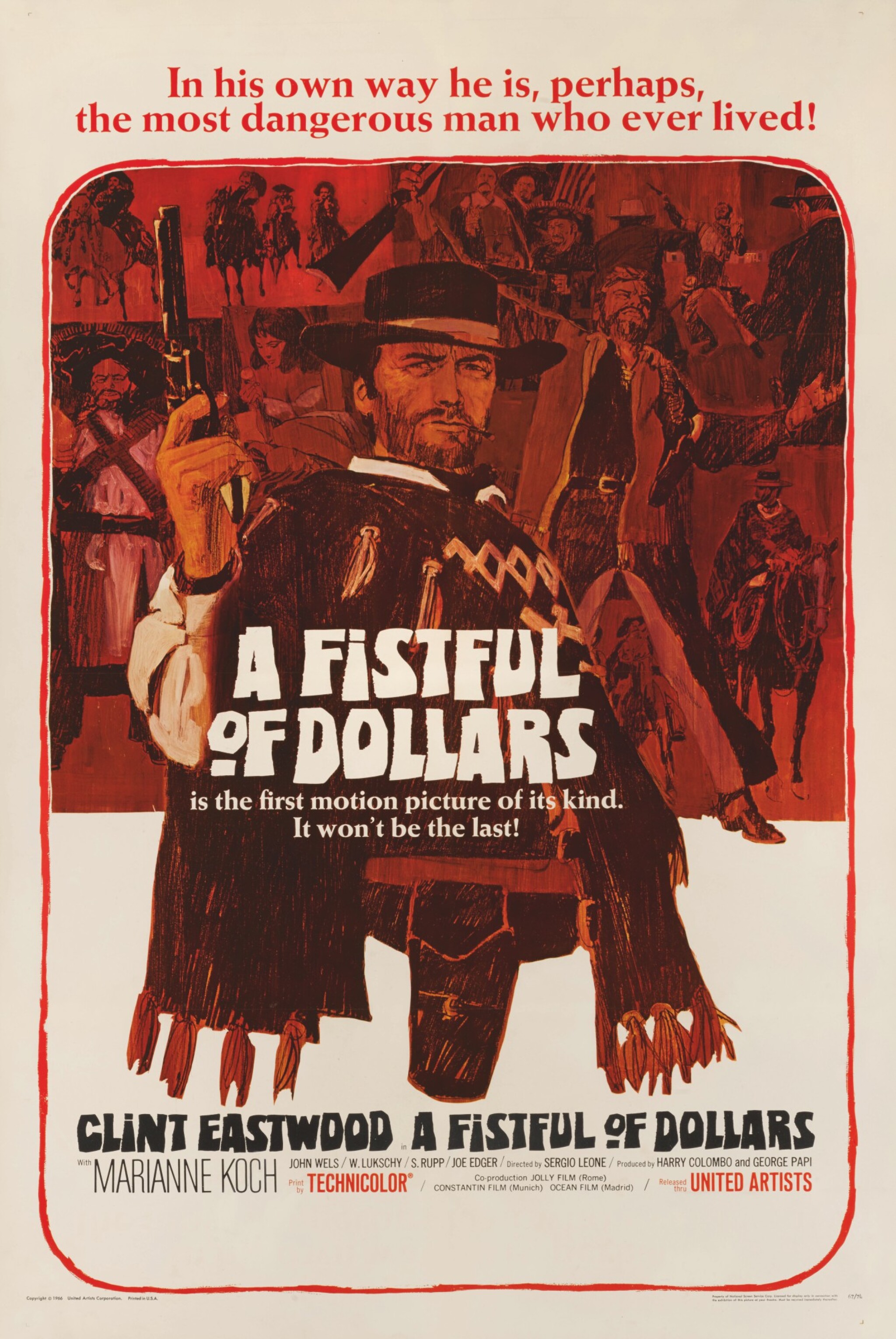 This film was a remake of Akira Kurosawa's 1961 film Yojimbo. When the film was initially released in Italy in 1964, Serge Leone's name wasn't used on the Italian poster, and instead the name Bob Robinson was used, to make it appear more American. The image of Clint Eastwood on the Italian poster looked nothing like him, as he was unknown in Italy. This film launched the Dollar trilogy, establishing Leone and Eastwood's careers.