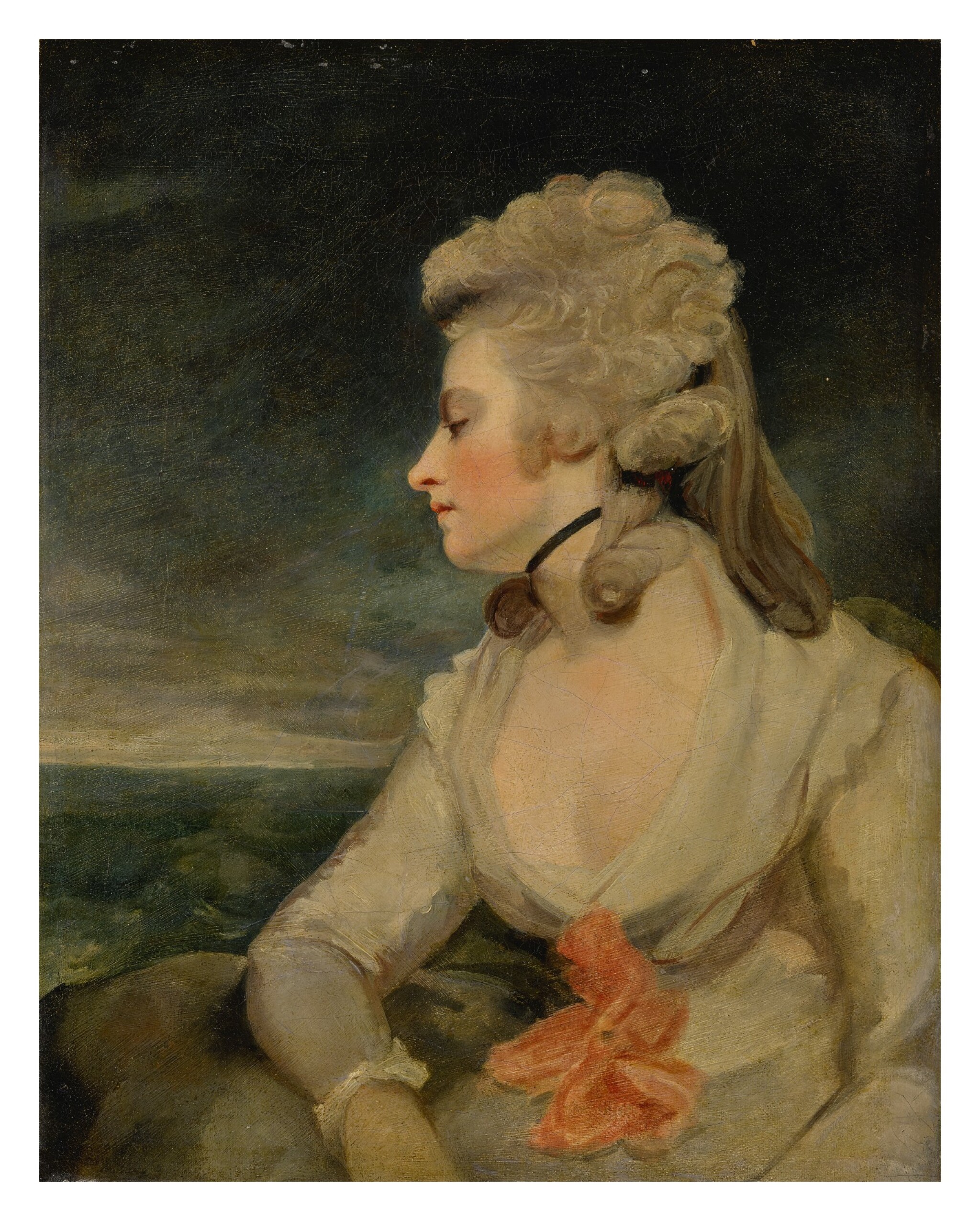 This painting has been relined. It is under a slightly dirty flat varnish, but overall the painting presents itself extremely well, with beautiful detail and brushwork throughout, including in areas which are more thinly painted such as the lower part of her dress and pink ribbon. Under UV there are some small touches here and there, some cosmetic "feathered" touches in the sky and some small touches in the flesh tone along the craquelure for cosmetic reasons. The carved wood frame has lost some of its gilding throughout, which could be addressed or left as it. Offered in a 20th century Regènce style frame.

From whom acquired by the present collector, 1983.

The likeness captured in this portrait is of Mrs. Mary Robinson, one of the best known public figures and beauties of the late 18th century. A successful actress and writer, she gained widespread fame in her role as Perdita in The Winter's Tale in 1779, and as a close friend of Sir Joshua Reynolds she possibly had input into his rendering of her portrait.

A few autograph versions of her portrait by Reynolds are known, including one in the Wallace Collection1 and an unfinished example in the Yale Center of British Art.2  Reynolds completed these portraits in about 1783-1784 towards the end of his career, and the example in the Wallace Collection seems to have remained in the artist's studio after completion, where it was later engraved in 1787 by William Birch.

The present example appears to be a reduced replica from Reynolds' studio. Despite its smaller size, it preserves the loose handling of the originals as well as the poignant and memorable expression of the beautiful sitter who looks out to sea.