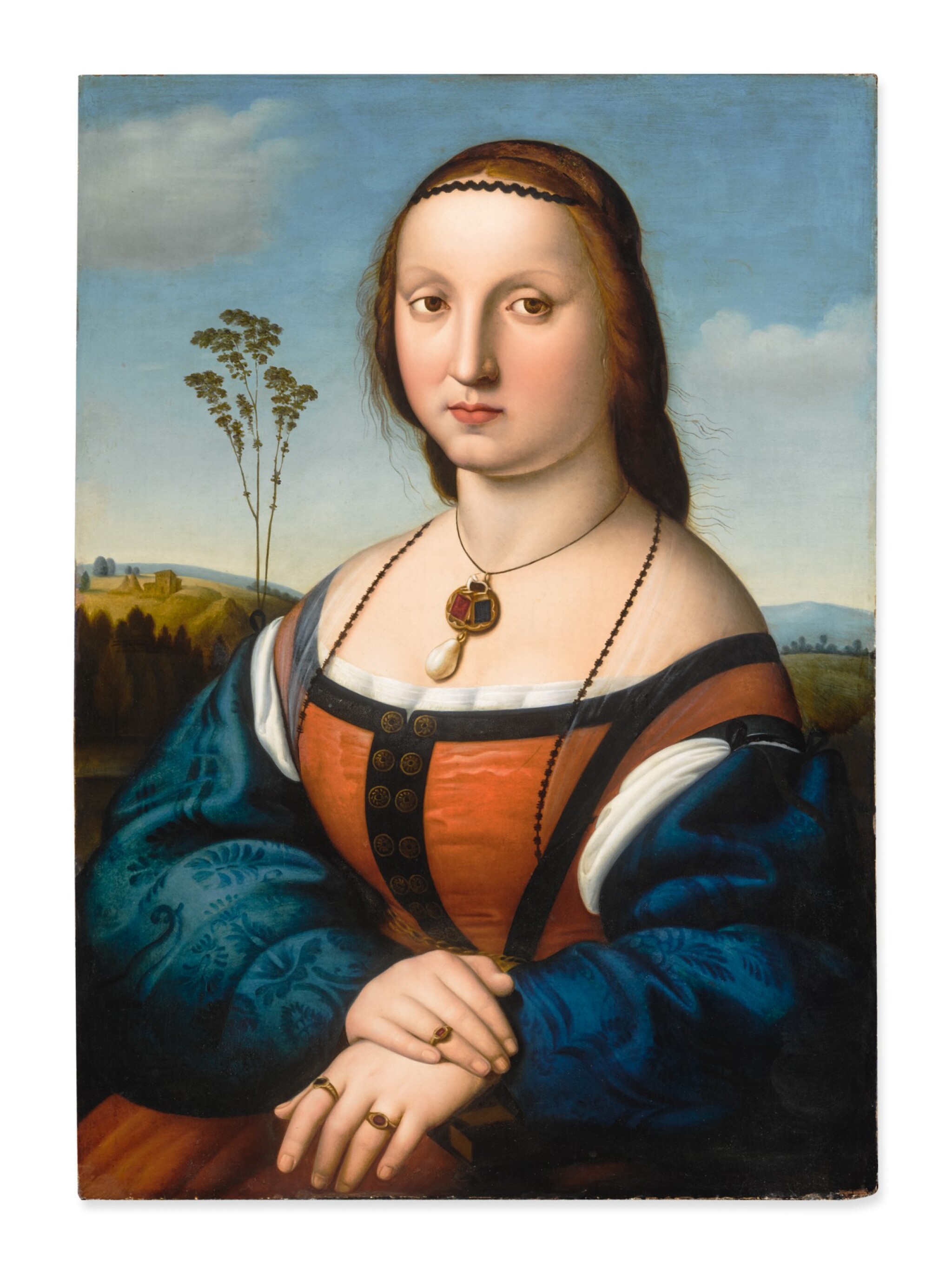 This painting is an overall beautiful state with lovely surface retention and glazing throughout. The panel has vertical battens top to bottom on the reverse, which has been painted with a greenish grey pigment. On the back of the panel, there is a horizontal crack about 7 inches from the top edge, which does not open onto the painted surface but is slightly visible to the naked eye as an uneven part of the surface. Under UV the painting has some touches underneath the right side of her lip, and around the eye at the right. There are some touches in the crown of her head, and very minor ones in her dress and some in the background of the extreme middle left edge and to the right of her shoulder. The extreme lower left corner has a small restoration of about 1 ½ inches, and one running up the right size about ¼ of an inch in the paint surface. With all of these, however, there has been very little restoration done overall. The painting should be framed and is ready to hang as is.

Probably, private collection, Milan, by the first half of the nineteenth century (according to a wax seal on the reverse);

This is an early 19th century copy after Raphael's Portrait of Maddalena Doni that hangs today in the Uffizi Gallery, Florence.1 The sitter, born Maddalena Strozzi (1489-1540), married Agnolo Doni (1474-1539), a prominent Florentine fabric merchant, in January 1504. Around this time, probably in celebration of their nuptials, Agnolo commissioned Raphael to paint pendant portraits of himself and his wife that originally hinged together to form a diptych. The closed diptych revealed monochrome illustrations of scenes from Ovid's Metamorphosis on the reverse of each panel, painted by an artist close to Raphael, known as the Master of Serumido, who drew inspiration from the Flemish tradition.

Also to commemorate their marriage, the Donis commissioned Michelangelo to execute one of his extremely rare easel paintings, the so-called Doni Tondo, which hung in the couple’s bedchamber in their home on the Corso dei Tintorin in Florence. It was purchased by the Medici and moved to the grand ducal apartments in the Palazzo Pitti in 1594, ninety years after its execution by Michelangelo. It is now it the Uffizi Gallery in Florence, hanging alongside the aforementioned pair of portraits by Raphael.