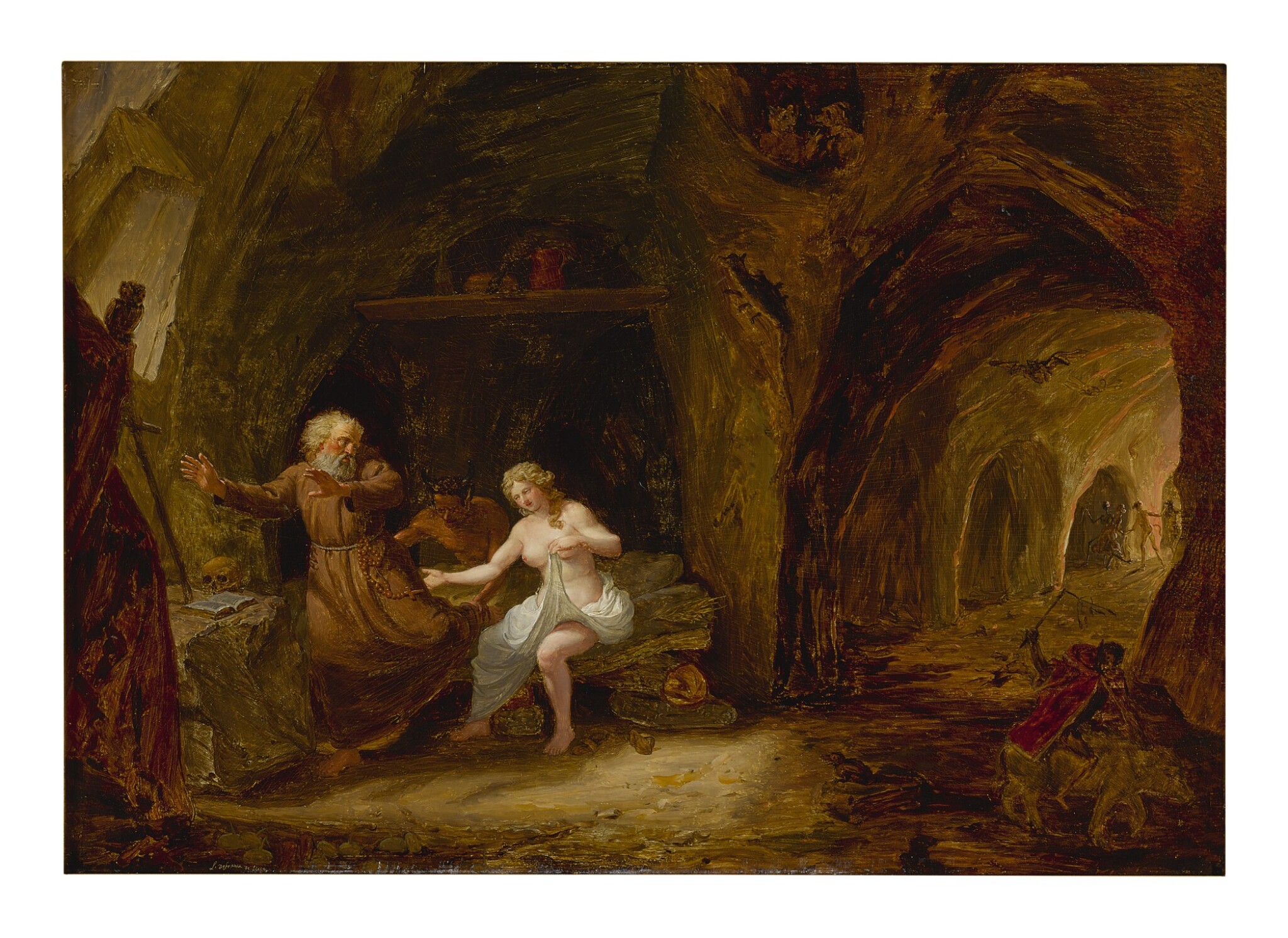 THE TEMPTATION OF ST. ANTHONY IN A ROCKY CAVERN

The panel consists of a single board that is cradled and flat. The painting has a fresh varnish and reads well, especially with the figures in the foreground. The paint surface is a little thin on the darker hues. A few minor scuff marks and frame abrasions are visible along the edges, but these are not distracting. Inspection under UV reveals a milky varnish, though there are scattered lines of retouches to the background, like in the cave at upper right. Painting is in overall good condition and can hang as is. Offered framed.

The 18th century Liègeois painter Léonard Defrance is known for his genre scenes as well as guardroom and tavern interiors reminiscent of 17th century Dutch and Flemish masters. He studied with the painter Jean-Baptiste-Pierre Coclers and spent early years of his career in Rome, Toulouse, and Liège. In 1773 he travelled to Holland, where he was inspired by works of artists such as Adriaen van Ostade (1610-1685) and David Teniers the Younger (1610-1690), the latter of whom explored the present subject of The Temptation of Saint Anthony on a number of occasions.

In this signed painting, Defrance illustrates his interpretation of the steadfast saint and his ability to overcome earthly pleasures. Saint Anthony, appearing here in the lower left corner, spent his life as a hermit in upper Egypt during the second half of the third century. He is considered the founder of monasticism, even though he retreated from the monastery that he founded to a cave in the cliff-face above it, driven away by the pilgrims who flocked to visit him, drawn by his fame. Due to his ascetic life in the desert Anthony suffered from startling hallucinations which are depicted in the present work in the demon reaching for his cloak, in the nude woman extending her arms in his direction, and in the unnatural creatures scurrying around his environs. His staunch resistance and failure to succumb, despite his frailty, secured him as a model ever for Christian emulation, as his resolve and prayer saved him from temptation by seduction and deceit.