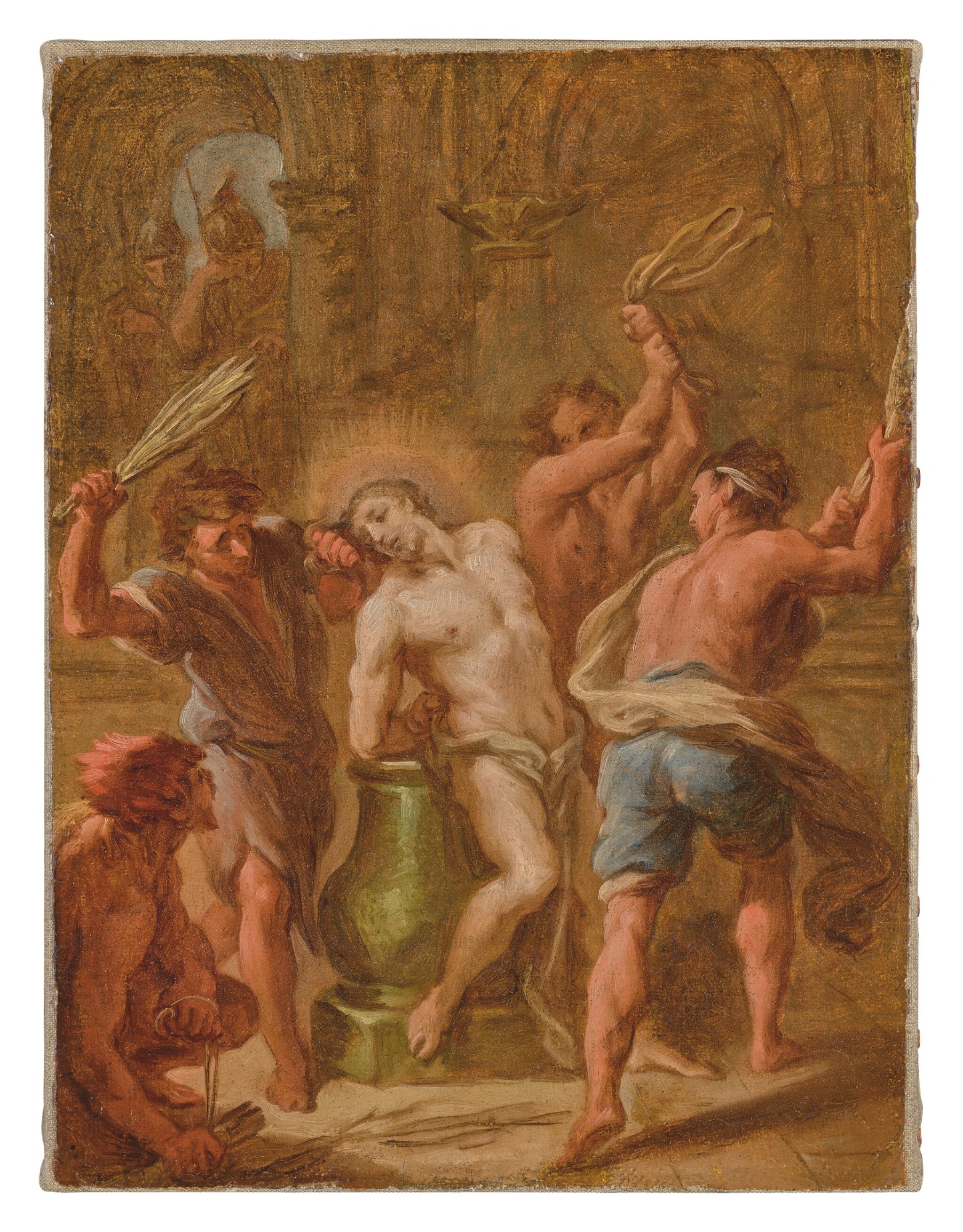 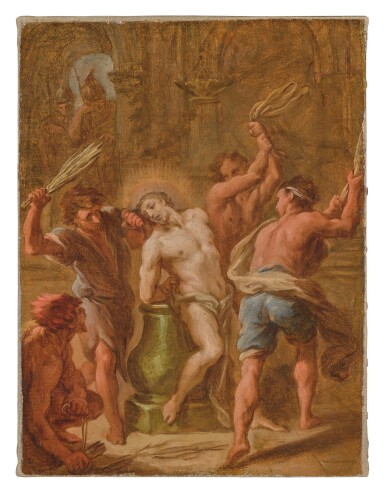 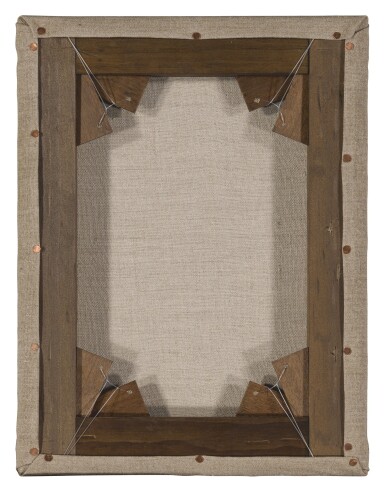 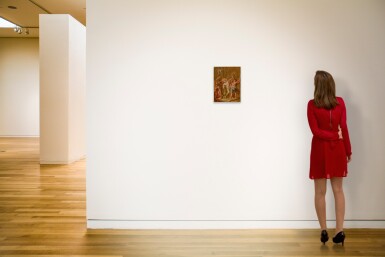 THE FLAGELLATION OF CHRIST

oil on canvas, a bozzetto, unframed

The paper is laid on canvas. The image reads well and has probably been cleaned recently. The varnish is crisp and the colors remain fresh. Inspection under UV reveals small dots of retouches here and there, but nothing too concerning. Painting is offered unframed, but can otherwise hang as is.

Born into a family of painters and engravers from Montbrisson in the Loire region, Etienne Parrocel spent much of his working life in Rome. In France, he studied under his uncle Pierre (1670-1739) who in 1717 took Etienne to Rome where he joined the Academia di San Luca in 1734.

Etienne's religious works were in demand during the 18th century, especially after Pierre Guérin de Tencin commissioned an untraced painting of his. Known for his large frescoes, Etienne would likely first create bozzetti, or sketches, such as this. The loose strokes and swirling fabrics, as well as the white highlights in the flesh stylistically connect with Etienne's bozzetto from circa 1739 in the Palazzo Chigi, Ariccia.1