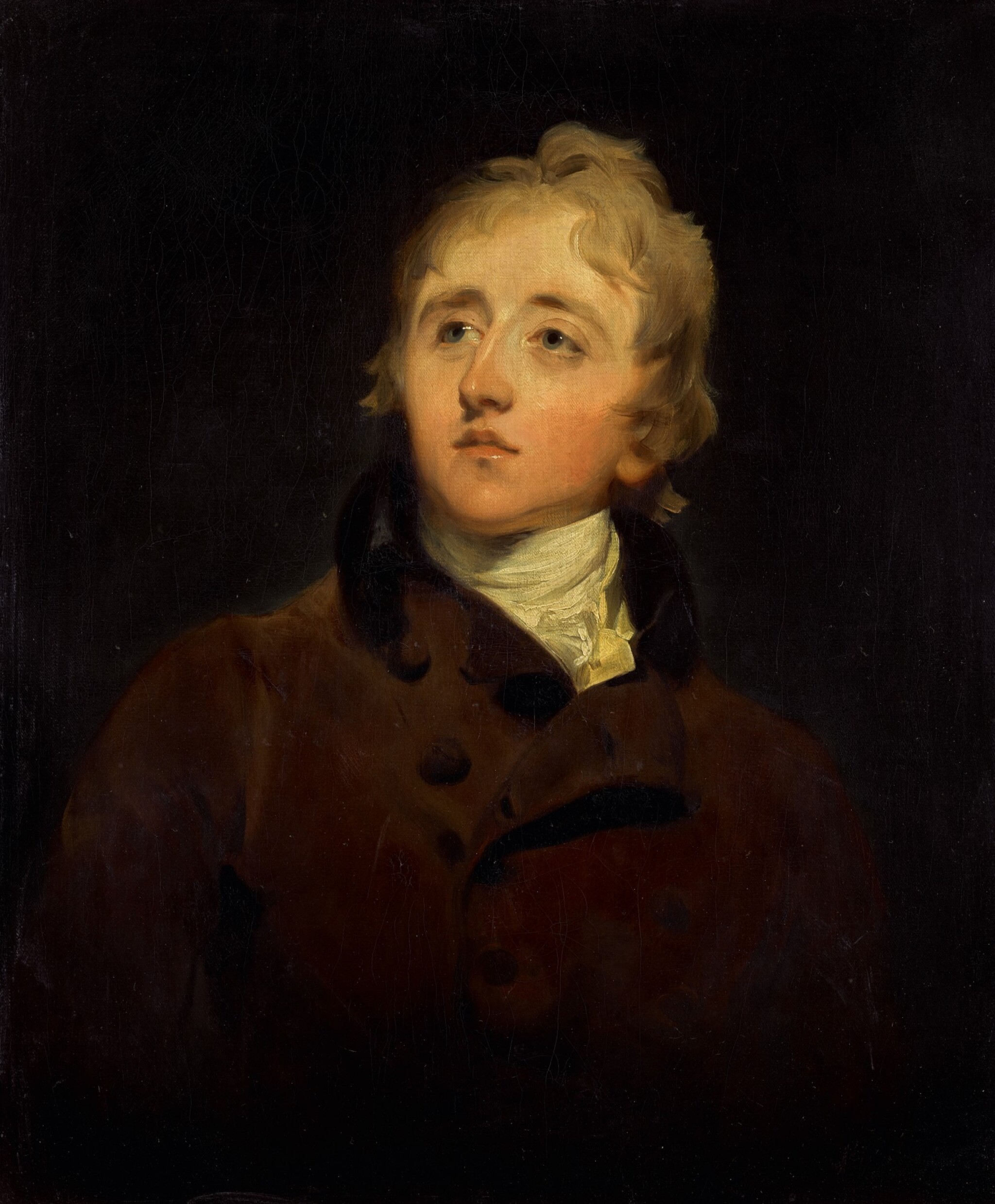 The painting appears to be in good overall condition but inspection is inhibited by an opaque varnish layer that makes UV inspection near impossible. However, it is possible to discern a retouching on the upper lip and further possible strengthening through the clothing. Though ready to hang it may benefit from a surface clean.

K. Garlick, 'A catalogue of the paintings, drawings and pastels of Sir Thomas Lawrence', in Walpole Society, vol. XXXIX, 1964, p. 60;

Edward Spencer was the third son of the connoisseur George Nassau Clavering Cowper, 3rd Earl Cowper (1738-89) and Hannah Anne Gore, daughter of Charles Gore. His father and mother were both significant figures in Florence (where Edward was born) and were painted by Zoffany in several paintings, including the group portrait of the Gore family, which includes Cowper as a suitor.1 The 3rd Earl owned a significant collection of Old Master paintings, including two Madonnas by Raphael, one of which is pictured, along with Cowper himself inspecting it, in Zoffany's Tribuna of the Uffizi.2 Cowper's pictures were later exhibited at Panshanger House, Hertfordshire, built by Edward's elder brother.

Edward married Catherine, daughter of Thomas Phillipps of Garendon Park in Leicestershire. They lived at Digswell, in Hertfordshire, a Cowper estate. This portrait is datable to circa 1810.