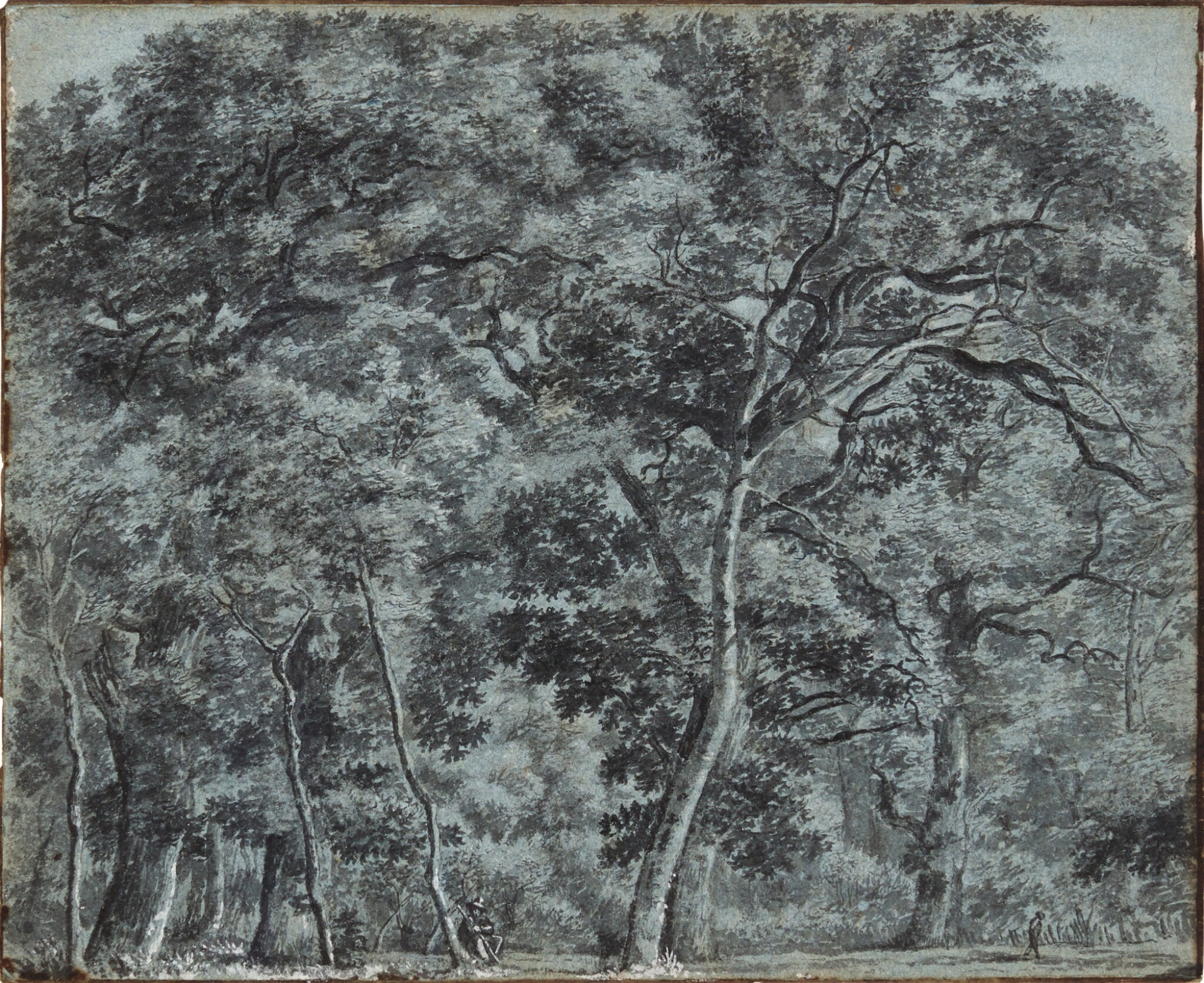 WOODLAND SCENE IN THE 'HAAGSE BOS', WITH A SEATED FIGURE

Point of the brush and grey wash over traces of black chalk, heightened with white, on blue paper, within brown ink framing lines;

Hinge mounted to a modern mount. There is some slight staining to the extremities where the brown ink framing lines have fractionally bled. There are some small light brown stains to the upper left centre of the sheet, in the foliage, however the work remains in otherwise very fine condition throughout with the paper retaining much of its original vibrant blue colour and the combination of media strong and fresh. Sold in a modern decorative giltwood frame.

After growing up in Arnhem, Van der Haagen moved to The Hague in 1640, and lived there until his death. Although he did return regularly to the lower Rhine region, and made some of his most memorable panoramic drawings of views in that area, he also made a number of very fine and atmospheric drawings in the Haagse Bos, the last remaining section of the great forests that stretched in medieval times from The Hague as far as Haarlem, which were used from the thirteenth century on as a royal hunting park.

An act of 1576 decreed that the woods, by then rather reduced in size, could not be sold or cut down, and ever since then the Haagse Bos has been a popular and freely accessible area, widely used by local residents for a variety of recreational purposes. Van der Haagen was not the only artist of his time to find inspiration in these dense and ancient woodlands; Jan Lievens and Jan de Bisschop, to name only two, produced some of their most appealing drawings there.

Some eighteen drawings by Van der Haagen of views in the Haagse Bos are known, the great majority of them on blue paper, and all stylistic and compositional indicators point to this being another sheet from the same series. The dating of these drawings has been discussed One example, in the Frits Lugt Collection, is clearly dated in the 1640s (the last number in the date could be either a 4 or a 7), but the others are mostly thought to date from last 15 or so years of the artist's life.1