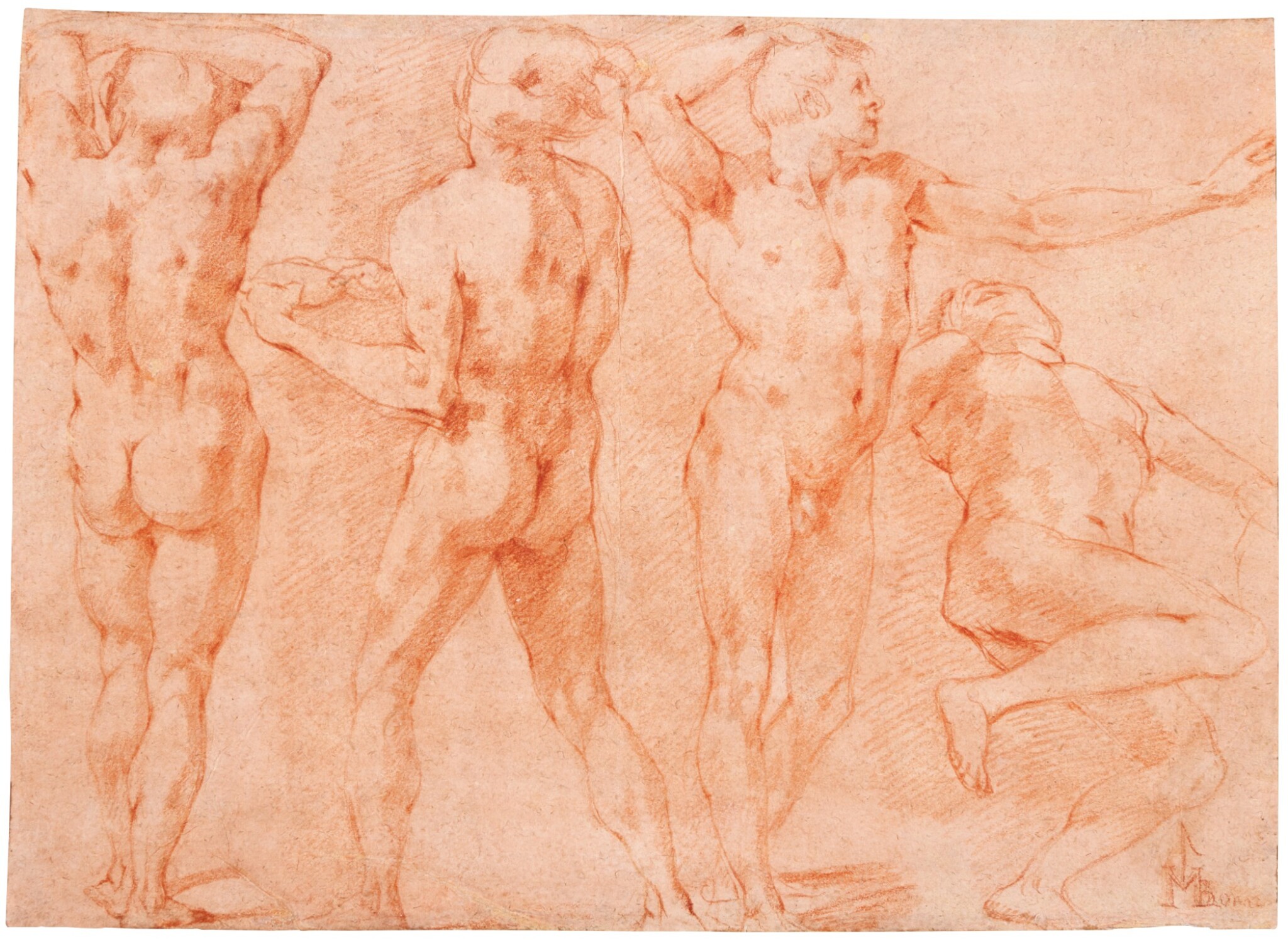 Overall in good condition. Slight damage to the paper at the top where the drawing was glued to a mount. One pin point hole over the head of the first standing nude to the right. A defect possibly when the paper was drying in the middle of the sheet, running vertically in the center, and two others small creases to the bottom left.

Sold in a carved gilded and gilded frame

Dukes of Schwarzenberg Collection (from an inscription on the verso);

This is a rare example of Boscoli's red chalk studies of male nudes, probably drawn from life. His drawings are generally characterized by small scale figures and executed in pen and ink enriched by abundant wash to create strong and decisive contrasts of light and dark. In the present sheet, the angular rendering of form is typical of his graphic style, but the scale of the nudes in four different poses, one lying down, is rarer, if very much in keeping with drawings of Boscoli's Florentine contemporaries. This sheet shows the influence of artists such as Giovanni Battista Naldini (c. 1537-1591), a very forceful draughtsman and pupil of Pontormo (1494-1557).

Some similarities are also apparent with Boscoli's larger anatomical studies with full length nudes, often executed in pen and ink and washes. The artist did, however, also use the medium of red chalk throughout his career, and especially in the late 1580s.1

Boscoli trained with Bernardo Buontalenti (1531-1608) and Santi di Tito (1536-1603), whose influence can be detected in the elegant mise-en-scene of some of his compositions.