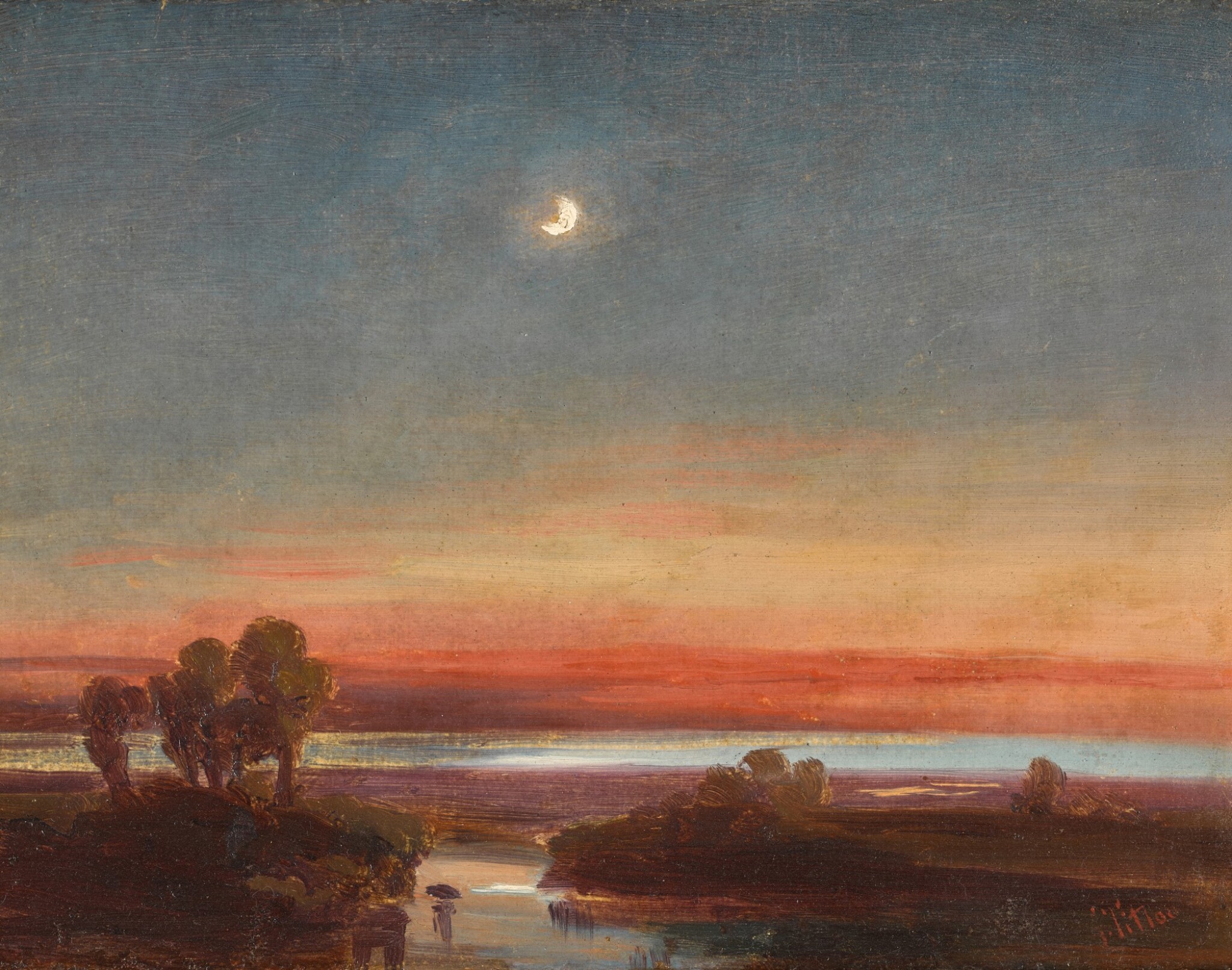 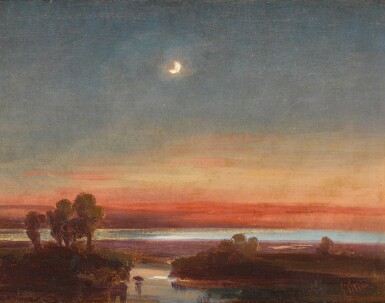 The canvas is lined, the paint surface is relatively clean, and the varnish is relatively clear and even. The brush strokes are very well preserved. Inspection under ultraviolet light reveals fine lines of retouching along all four margins, and a more concentrated area 1 cm. long in the bank below the trees lower left. There is also some rather broad, wash retouching throughout the sky. The painting appears in good overall condition and presents well in its current state.

Following two years' study in Paris between 1808-10 with the plein-airistes Bidauld and Bertin, Sminck Pitlo (he later added an o to his name to forestall misidentification as an Italian) spent the rest of his life in Italy, where he too specialized in plein-air painting. He was summoned by the Russian diplomat and connoisseur Count Grigory Orloff from Rome to Naples, where he won by public competition in 1816 the post of Professor of Landscape at the Academy. With his principal pupils Giacinto Gigante and Achille Vianelli he founded a school of landscape painting called the School of Posillipo, named after the area of Naples where he lived. As the present picture perfectly exemplifies, Pitloo was particularly interested in the effects of meteorology and the extremities of the day on light and colour.

The English connoisseur Lord Napier understood Pitloo's art perfectly, when he wrote: 'his manner is not very careful or scholastic, but full of sensibility. His pencil is always true to general effects, whether his canvass represents the prospect basking in the mid-day brightness of the Italian sky, or the waves flashing in the train of the level sun, or the fields refreshed and steaming in the dawn; every colour finds its counterpart on his palette, and no aerial magic is so evanescent as to elude his subtle imitation: although not so perfect in the delineation of particular objects, he could touch the different kinds of foliage with sufficient exactness; his foregrounds were managed with taste; and his figures, being prudently removed to some distance from the eye, formed an agreeable adjunct to the inanimate scene.' (F. Napier, Notes on Modern Painting at Naples, London 1855, p. 69).