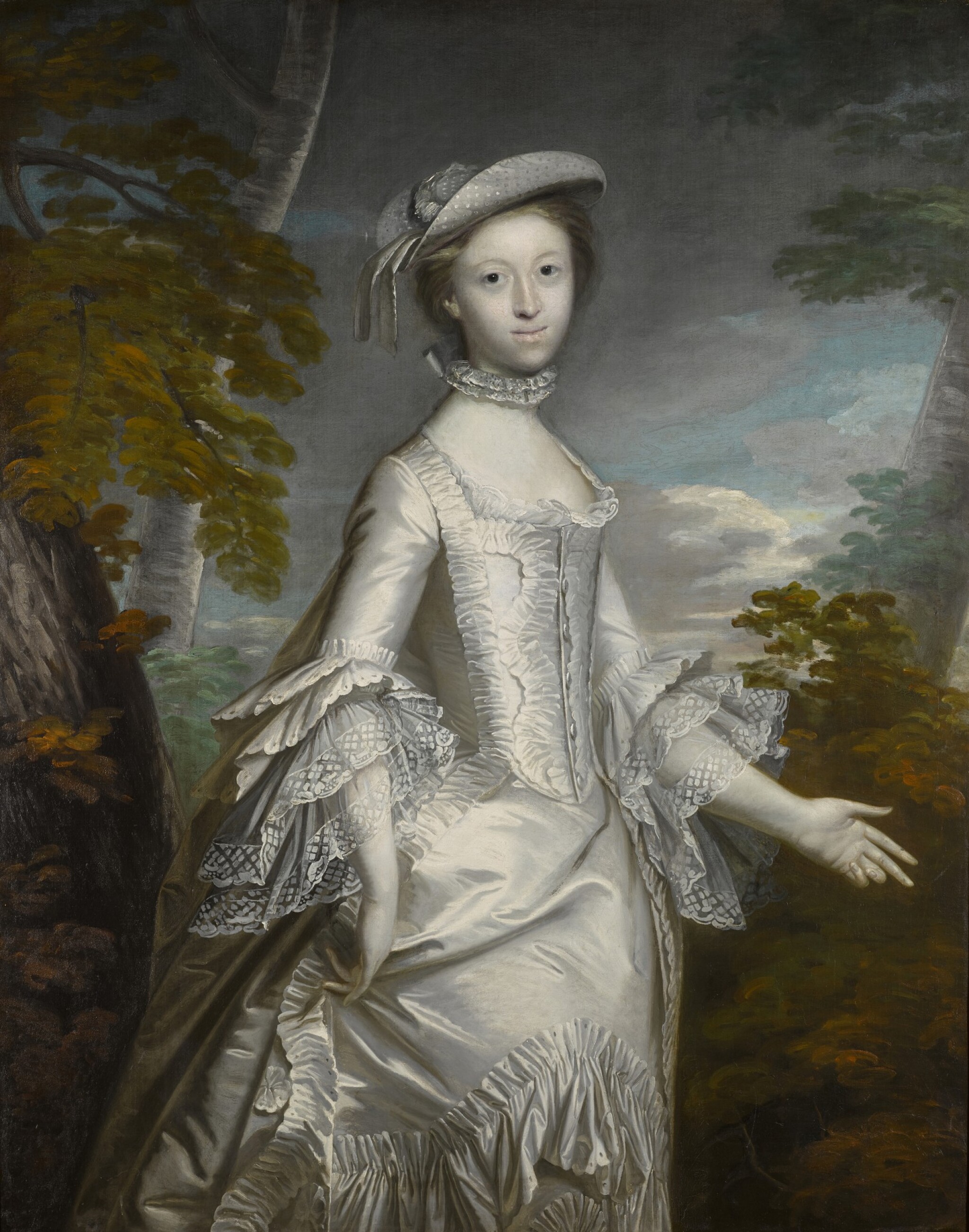 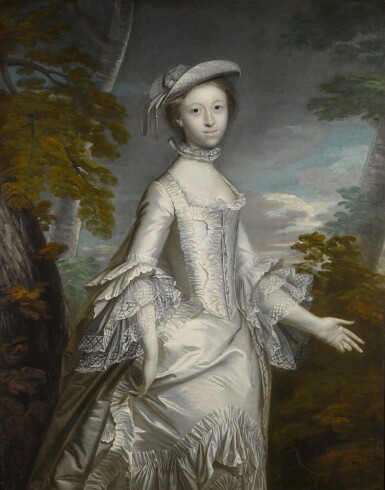 The canvas is lined, the paint surface is clean, and the varnish is clear and even. Inspection under ultraviolet light reveals small, scattered retouchings around the margins (most notably in the upper half of the left margin), and small retouchings to disguise the network of craquelure scattered in the sitter's forehead, cheeks, chin, hair and neck. There are other small areas of retouching scattered through her dress, most notably in her left breast approx. 6 x 4 cm. There are also fine lines of retouching in the background, most notably in the sky around the sitter's silhouette on the right-hand side. These are all sensitively executed and the painting does not require any further intervention.

By descent in the family of the sitter at Grove Hall, East Retford, Nottinghamshire, to
Frances Julia Eyre (d. 1844), who in 1814 married Granville Harcourt-Vernon (d. 1879);
Thence by descent to Lt.-Col. G.C.F. Harcourt-Vernon;
By whose Executors sold ('The Property of the Grove Settled Estate'), London, Sotheby's, 26 March 1975, lot 53.

Judith Laetitia Bury married Anthony Eyre (d. 1788), of Grove Hall, Nottinghamshire, in 1755. This portrait, and that of her husband (now in a private collection), were painted that same year to commemorate the occasion.1 Anthony Eyre was MP for Boroughbridge from 1774-84; he bought the estate of Grove in 1762, and the pendant portraits descended in the family, and through marriage the Harcourt-Vernon family, until their appearance on the market in 1975, at which point they were separated.

Mrs Eyre (or Ayre) had several appointments with Reynolds, on: 7, 14, 19 and 22 March, 1 April, and 2 and 6 May 1755. A letter from Reynolds dated 18 October 1755 (which accompanied the portrait of Anthony Eyre at the Sotheby's 1975 sale), apologises for the portraits of Eyre and his wife having been dispatched without their frames, which were subsequently 'sent this day by the York Waggon.' The bill for the pictures was £50-8s., the frames £10-10s., and the packing cases 15 shillings.2