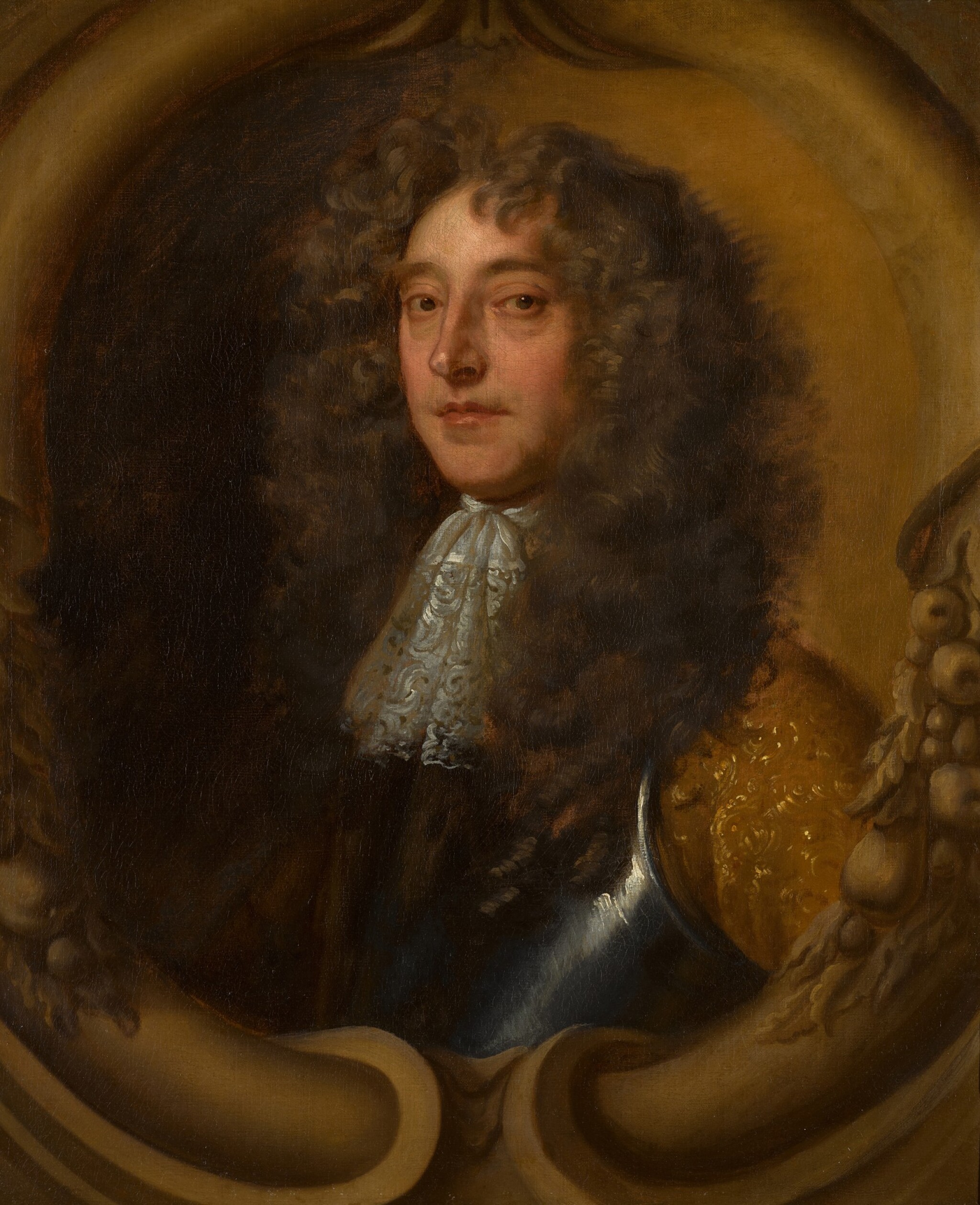 oil on canvas, in a painted cartouche

The canvas has a firm relining, which has slightly flattened the paint surface. The paint surface is clean and the varnish is clear and even. Inspection under ultraviolet light reveals few, pinprick retouchings scattered in the sitter's face and hair, notably in the bridge of his nose and underneath his chin. There are also scattered, tiny retouchings in the feigned oval, with a few more notable patches: lower right; in the the upper right corner; and in an area of more concentrated retouching in the background, centre left, approx. 10 x 10 cm. The painting is in overall fairly good condition, and presents well in its current state, without a need for further intervention.

The sitter was the son of Sir Edward Villiers (c.1585-1626), Master of the Mint, and the nephew of King James I's favourite, Georg Villiers, 1st Duke of Buckingham (1592-1628). His eldest brother, William, inherited the title of Viscount Grandison from their maternal great-uncle, Oliver St John, 1st Viscount Grandison (1559-1630), Lord Deputy of Ireland. As both his elder brothers, who succeeded successively as 2nd and 3rd Viscounts Grandison, died without issue, he inherited the title as 4th Viscount in 1659. He married, firstly, Lady Mary Leigh, daughter of Francis Leigh, 1st Earl of Chichester, and secondly, in 1674, Mary Garford, daughter of Richard Garford. He held the office of Captain of the Yeomen of the Guard from 1662-1688/9.

Grandison was the uncle of two notable Royal mistresses: Barbara Villiers, later Countess of Castlemaine and Duchess of Cleveland (1640-1709), perhaps the most notorious of King Charles II's many mistresses; and Elizabeth Villiers, Countess of Orkney (1657-1733), the presumed mistress of King William III. His eldest son, Brigadier-General the Hon. Edward Villiers, who married Katherine, the daughter of Sir John FitzGerald and changed his name to FitzGerald in order to inherit that family's estates at Dromana, County Waterford, predeceased him and he was succeeded by his grandson, John Villiers, 5th Viscount and 1st Earl of Grandison (1684-1766), at whose death, without surviving male issue, the Earldom became extinct and the title of Viscount Grandison was inherited by his cousin, William Villiers, 3rd Earl of Jersey.