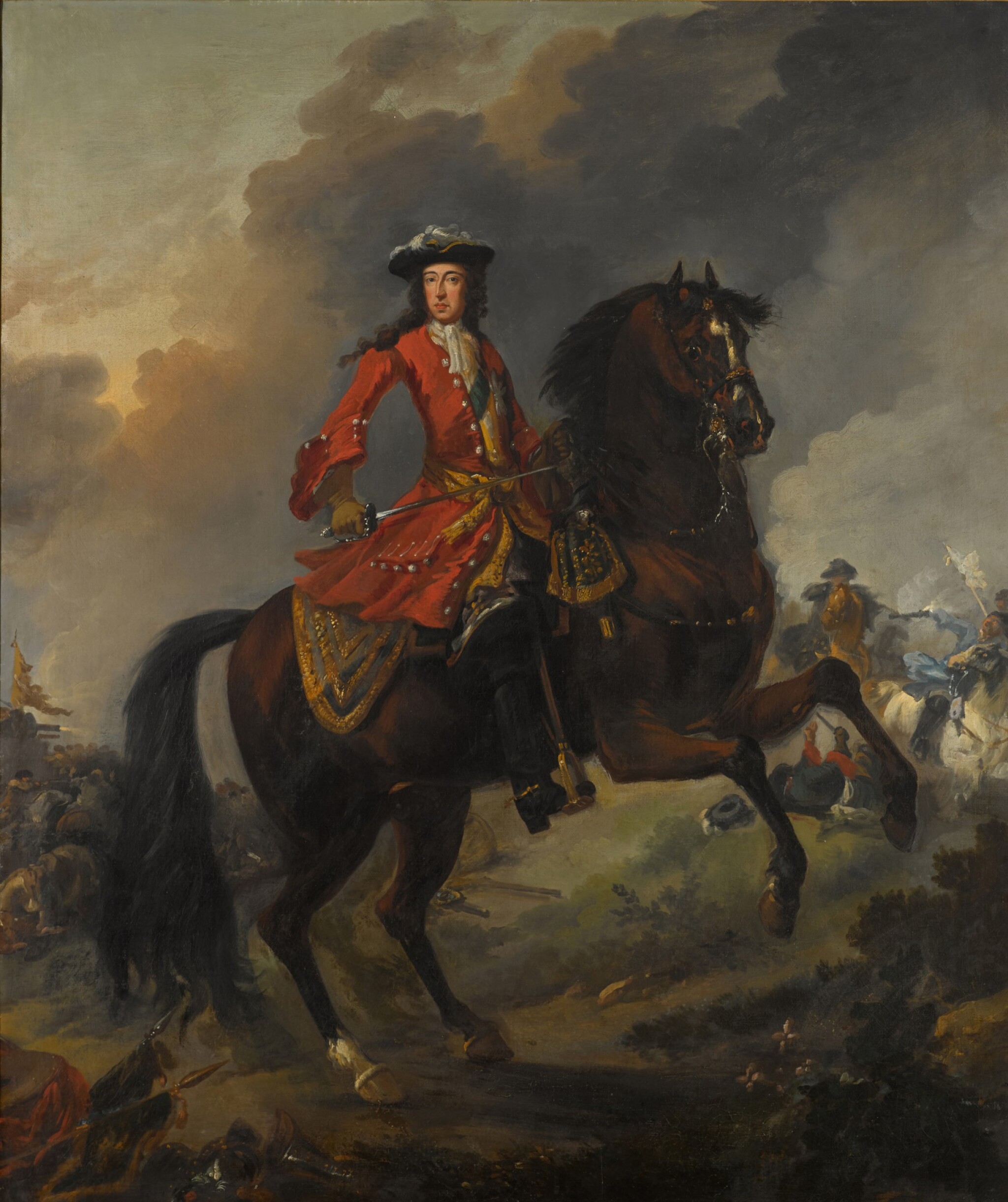 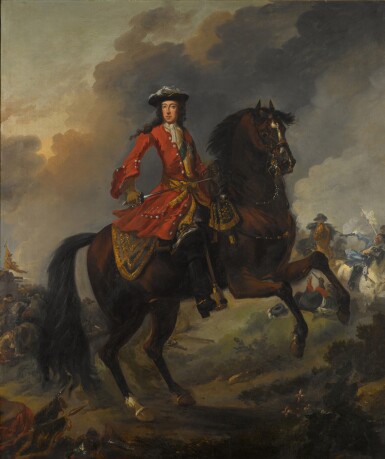 The canvas is lined and the paint surface is relatively clean, with a slightly discoloured varnish. There are some spots of discoloured retouching visible scattered in the sky, as well as in the foreground. Inspection under ultraviolet light reveals the streaky and opaque varnish, underneath which the aforementioned retouchings are visible, including to a repaired horizontal tear along the margin on the left, approx. 12 cm. long. There is also a concentrated area of retouching between William III and the horse's head, approx. 10 x 10 cm., but the actual figure and horse themselves appear to be free of intervention (though this is difficult to confirm underneath the varnish). The painting is in overall good condition.

Galerie Harding, Vienna Karlsbad-Marienbad (according to a label on the reverse).

Wyck painted a number of equestrian portraits of King William III in the heat of battle, including at the Battle of the Boyne (a signed example is at Blenheim Palace) and at the Siege of Namur in 1697 (National Army Museum, London). In the grand tradition of Royal equestrian portraits, the artist depicts the King's charger en lavada, echoing Velázquez's portraits of Philip III and Philip IV of Spain on horseback (both Museo del Prado, Madrid) and Rubens' famous equestrian portrait of the Duke of Buckingham (destroyed 1949, though a sketch for the composition survives in the Kimbell Art Museum, Fort Worth).

Known as 'King Billy' in Ireland and Scotland, William III was the son of William II, Prince of Orange and his wife Mary, Princess Royal and Princess of Orange, the eldest daughter of King Charles I of England. In 1677 he married his cousin, Mary, daughter of the Duke of York, later King James II. Following The Glorious Revolution, when he and Mary launched an invasion of England and seized power from her increasingly unpopular father, William had to quell rebellion in Ireland, ultimately defeating the Jacobites at the Battle of the Boyne in 1690, and led troops on the Continent as part of the Grand Alliance throughout the Nine Years' War.