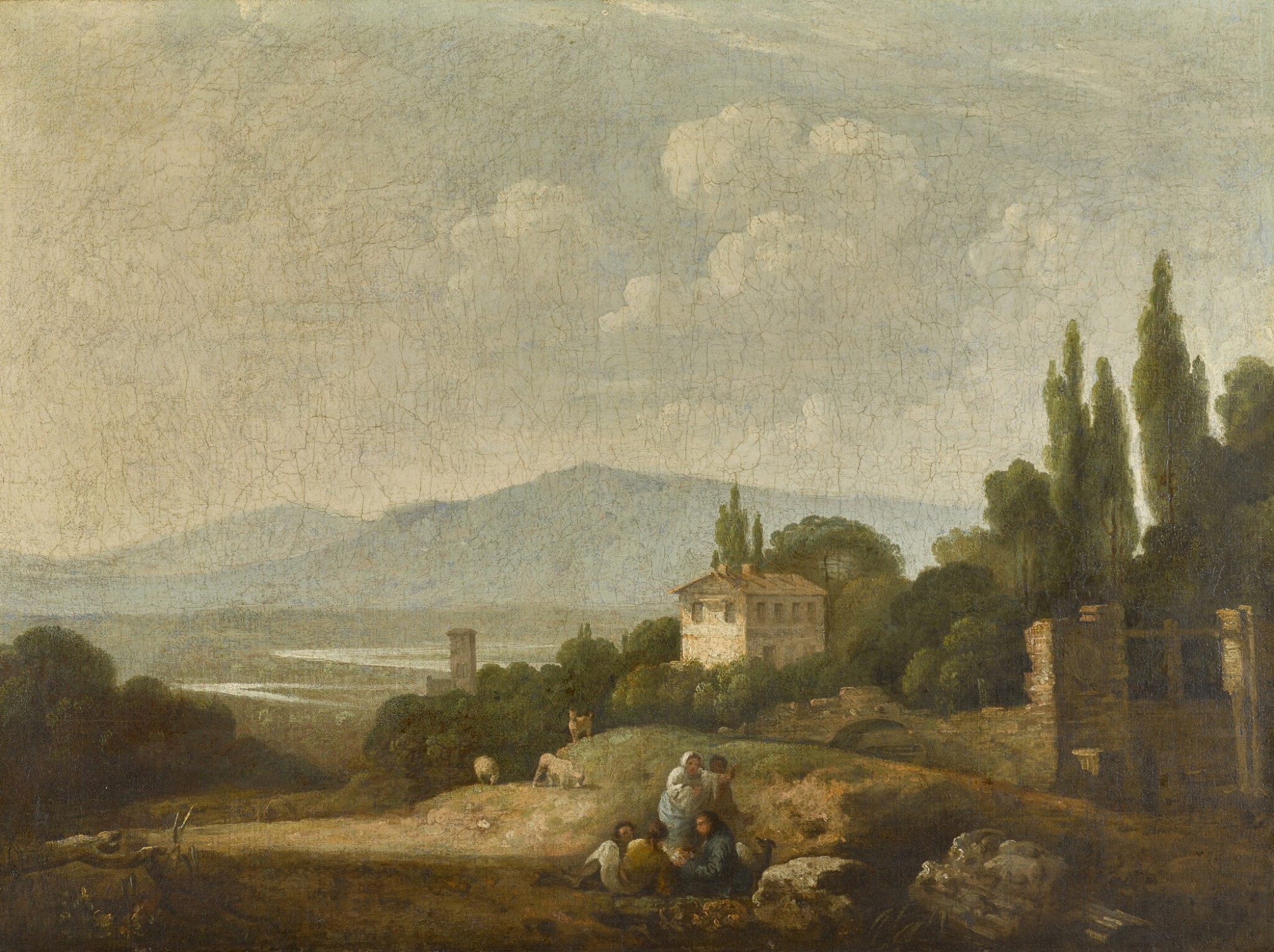 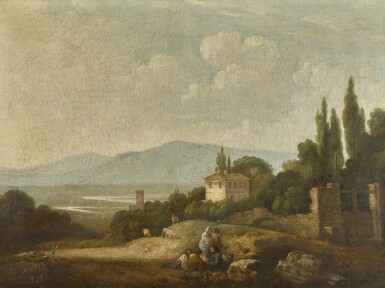 The canvas is lined, the paint surface is dirty and the varnish is slightly discoloured. A distinct network of craquelure has developed throughout the sky, and the canvas weave has become more visible in the lower half of the painting. Small, discoloured retouchings which appear a light purple colour are found scattered throughout the sky, mountains and middle-ground. Inspection under ultraviolet light confirms these and further reveals some fine lines of retouching scattered in the dark greens of the foreground. In overall fair condition.

Thence by descent until acquired by the present owner.

A very similar view is depicted by Wilson in a painting now at the Yale Centre for British Art, New Haven.1 Another version of this composition, less likely to be by Wilson himself, is at Penrhyn Castle.2 Otterden Place, the residence of Charles Wheler Wheler, was owned in the 18th century by Stephen Beckingham (1697-1756), a Grand Tourist in Rome who had commissioned four landscapes from Richard Wilson. Wheler Wheler may have bought this painting at auction in 1887 not only as an heirloom from his wife's family (his wife Elizabeth Townend Hall was related to Thomas Townend), but also to reunite it with the house where four works by Wilson had previously hung.

The Italian villa we see here is based on the Villa Madama, built by Pope Clement VII from designs by Raphael. While Wilson’s later landscapes would show a more sensitive grasp of naturalistic detail and a more ambitious range of motifs and emotive effects, the Roman views he painted during his stay in the city are unmatched in their cool light and sense of timeless tranquility.

The present painting is included in 'Richard Wilson Online', the online catalogue raisonné of the works of Richard Wilson by Paul Spencer-Longhurst, ref. no. P206.3