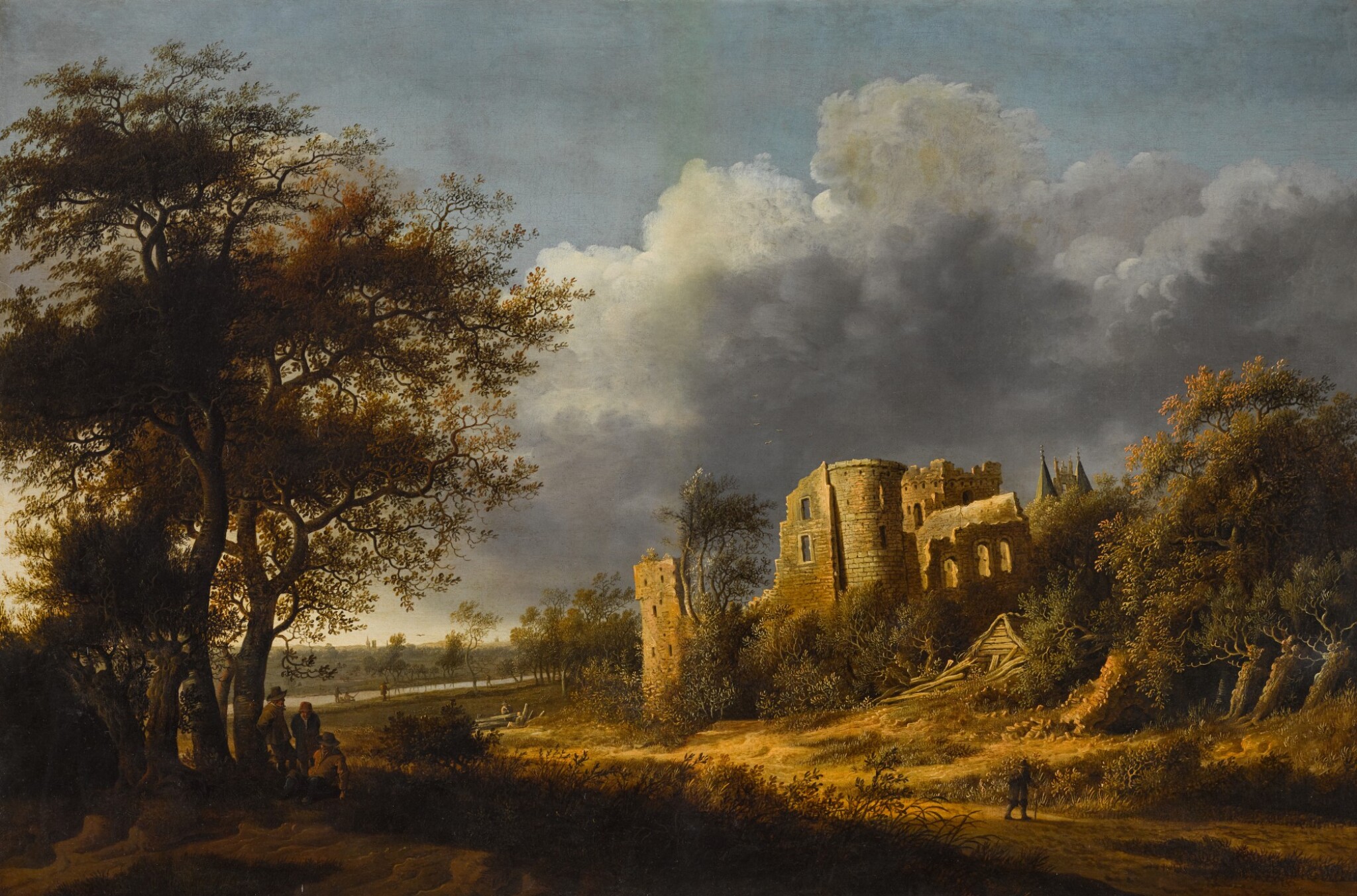 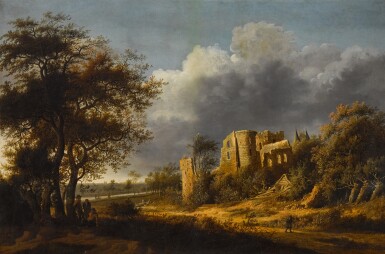 The canvas is lined, the paint surface is relatively clean with a slightly discoloured varnish. There are some discoloured retouchings scattered in the sky, notably a vertical band just visible, along the centre of the stretcher. Inspection under ultraviolet light reveals two campaigns of retouching: one fluoresces lightly and is comprised of the aforementioned vertical band, as well as some concentrated spots of retouching in the clouds, centre right, and to a repaired damage, just left of the ruins (5x8cm.); the other campaign fluoresces darkly and is comprised of pinprick retouchings scattered in the sky and along the upper margin. There are a handful of repaired damages in the main composition, including one in the foliage below the central tower (2x3cm.), and to an area in the trees, lower left (10x3cm.). It is difficult to discern further intervention beneath the varnish, but there does appear to be some concentrated retouching along the lower margin. None of these impeded the legibility of the image, and the painting is in overall fairly good condition.

Acquired by a private collector, 1963;
By descent in the family until sold, London, Christie's, 8 July 2005, lot 35, where acquired by the present owner.

The ruins of Egmond Castle, known locally as 'Slot op den Hoef', were a great source of inspiration for Dutch and Flemish artists - they were drawn by Roelant Roghman and Jan van Kessel, engraved by Abraham Rademaker and painted by Jacob van Ruisdael and Gerrit Adriaensz. Berckheyde, among others. The ruins depicted by Croos were the result of the devastation ordered by William I, Prince of Orange in 1573, who wanted to prevent the Spanish from capturing the strategic site. The ruins remained untouched, reminding onlookers of this event until they were sold and demolished between 1798 and 1832.

The attribution to Anthonie Jansz. van der Croos was confirmed by Dr Hans-Ulrich Beck on the basis of a transparency at the time of the 2005 sale, who pointed out that this is almost certainly the pendant to Ruins of the Abbey of Egmond at Buukerk, signed and dated 1659, in a private collection, Milan.1