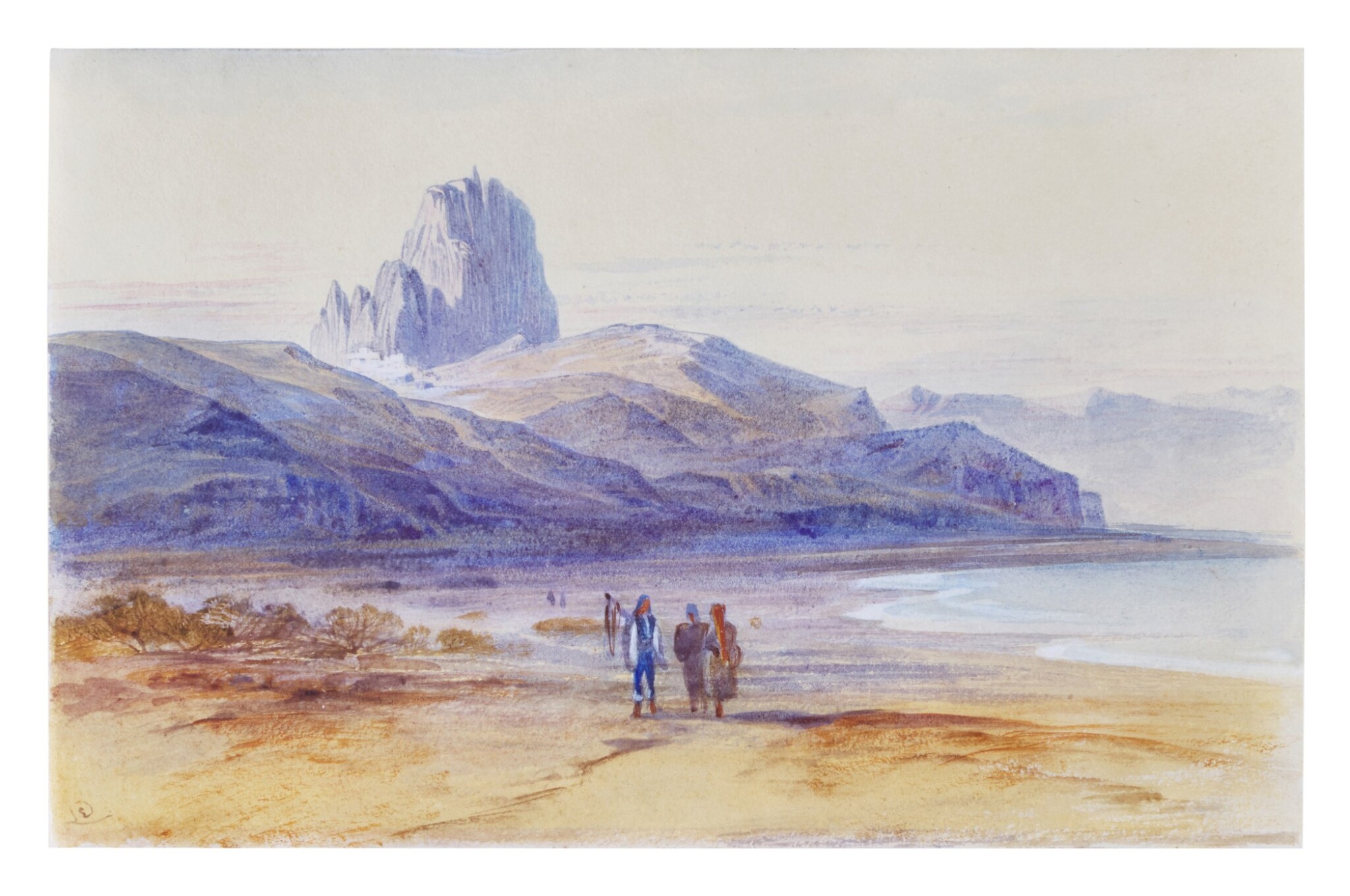 Pen and brown ink and watercolour;

Although the sheet has probably darkened very slightly, the image remains easily readable, with strong, fresh colours. The sheet is not laid down.

Lear travelled through Calabria in southern Italy in 1847, and he recorded in his journal upon his arrival in late July at an elevated plateau whence the whole ‘Toe of Italy’ is finely discernible, a sea of undulating lines of varied forms down to the Mediterranean; a few towns glittered here and there, and towering over the southern extremity of land, a high cluster of rocks, the wild crags of Pentedátilo, particularly arrested our attention.

The present watercolour relates to Lear’s long running project of illustrating the poems of his friend Alfred, Lord Tennyson. Lear painted a number of watercolours of this subject as well as an oil, which he gave to Tennyson’s son Hallam, on the occasion of his marriage to Audrey Boyle in 1884.