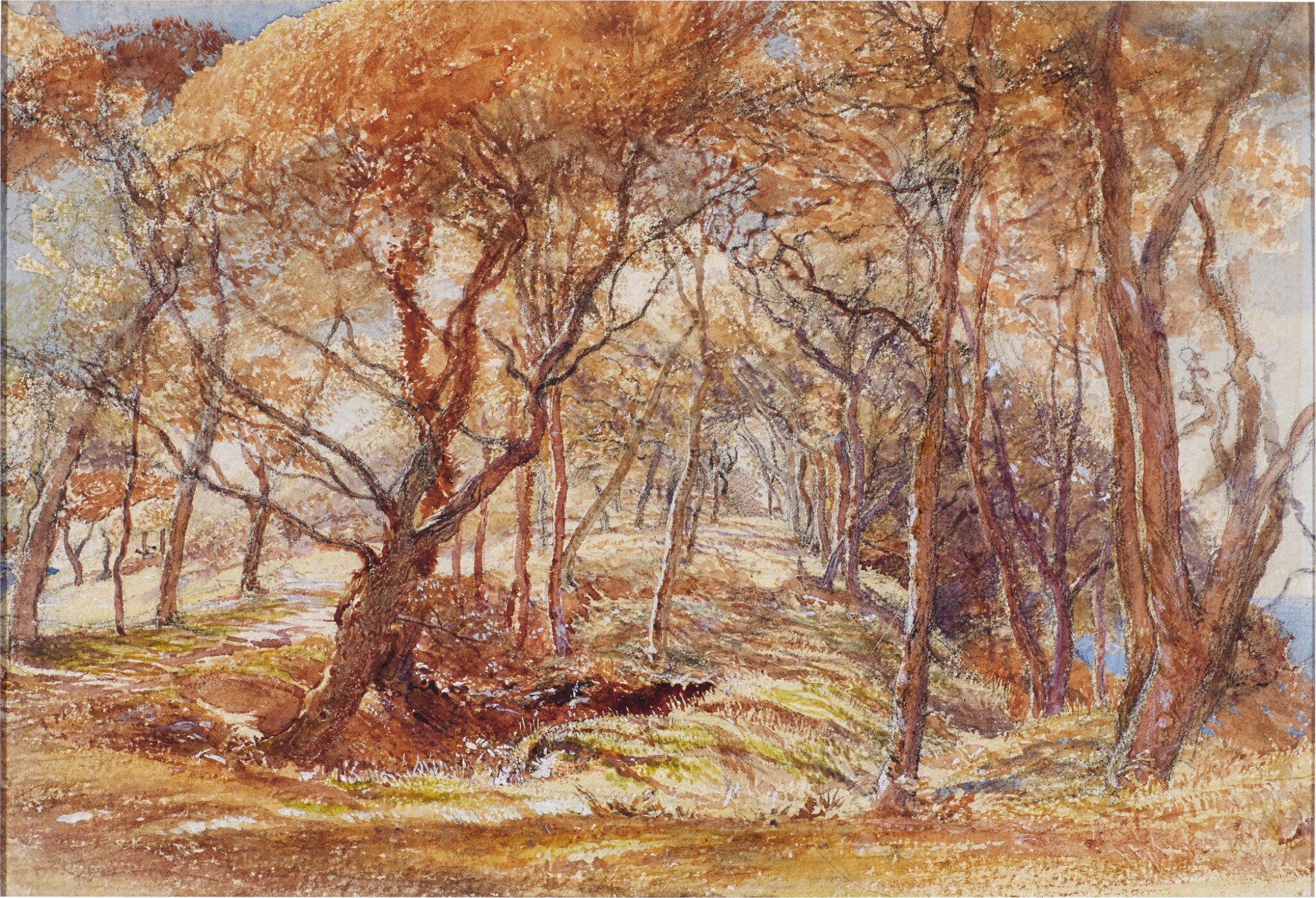 Watercolour and bodycolour over black chalk

There is a slight yellowing to the paper but the watercolour and other medium appear to be generally very well preserved. The sheet is laid down.

After the intense period of creativity that Palmer experienced at Shoreham in the 1820s, he travelled extensively during the 1830s and 1840s in search of new subjects. The wild and rugged landscape of the West Country was a particular inspiration, and he was to return there often.

Palmer’s palette and technique in the present work would suggest that it dated to the later 1840s, there are however two ‘tree study’ chalk drawings that are reminiscent of the present composition. Palmer made these while in Clovelly Park, Devon during the summer of 1834.

We are grateful to Colin Harrison for his help way cataloguing this work.