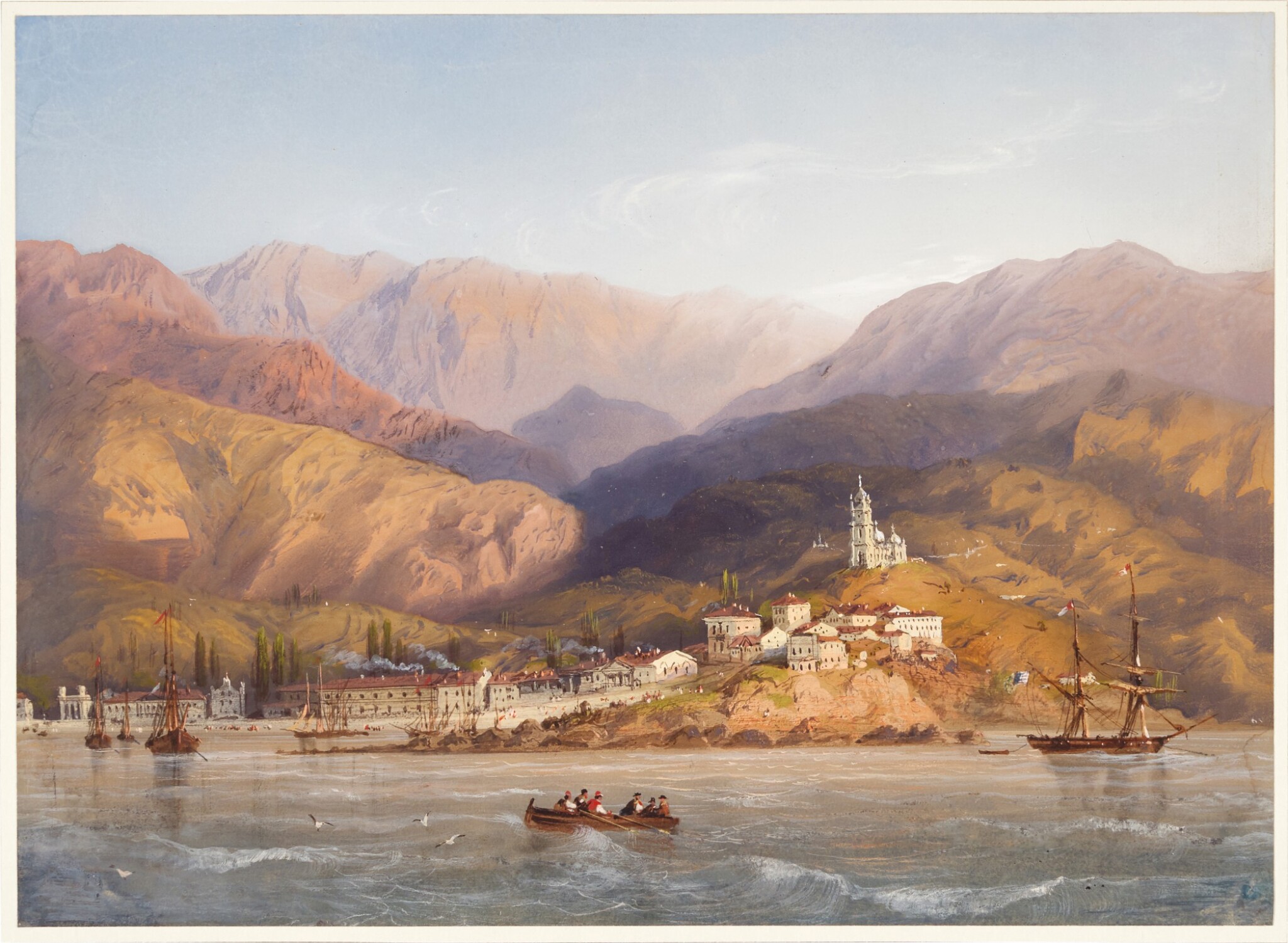 bears inscription in black chalk on the reverse:  View of Yalta

Carlo Bossoli, born in Lugano and of Italian origin, was a painter and lithographer who spent his youth in Odessa. During Bossoli’s time there his talent was recognised by Prince Mikhail Vorontsov, who promoted the young artist’s career by sponsoring him to study in Italy from 1839 to 1840. Bossoli spent most of his time in Naples and Rome, where he worked predominantly in tempera and gouache and moved among the circle of British artists who were residing there.

Throughout his artistic career Bossoli travelled extensively, visiting England, France, Spain, Morocco, Germany and Scandinavia, and painting many of the views and cities he encountered. He also produced many views of Crimea, which were incorporated into an album and published by Day and Son in London.  These views proved extremely popular due to the public interest in the Crimean War.