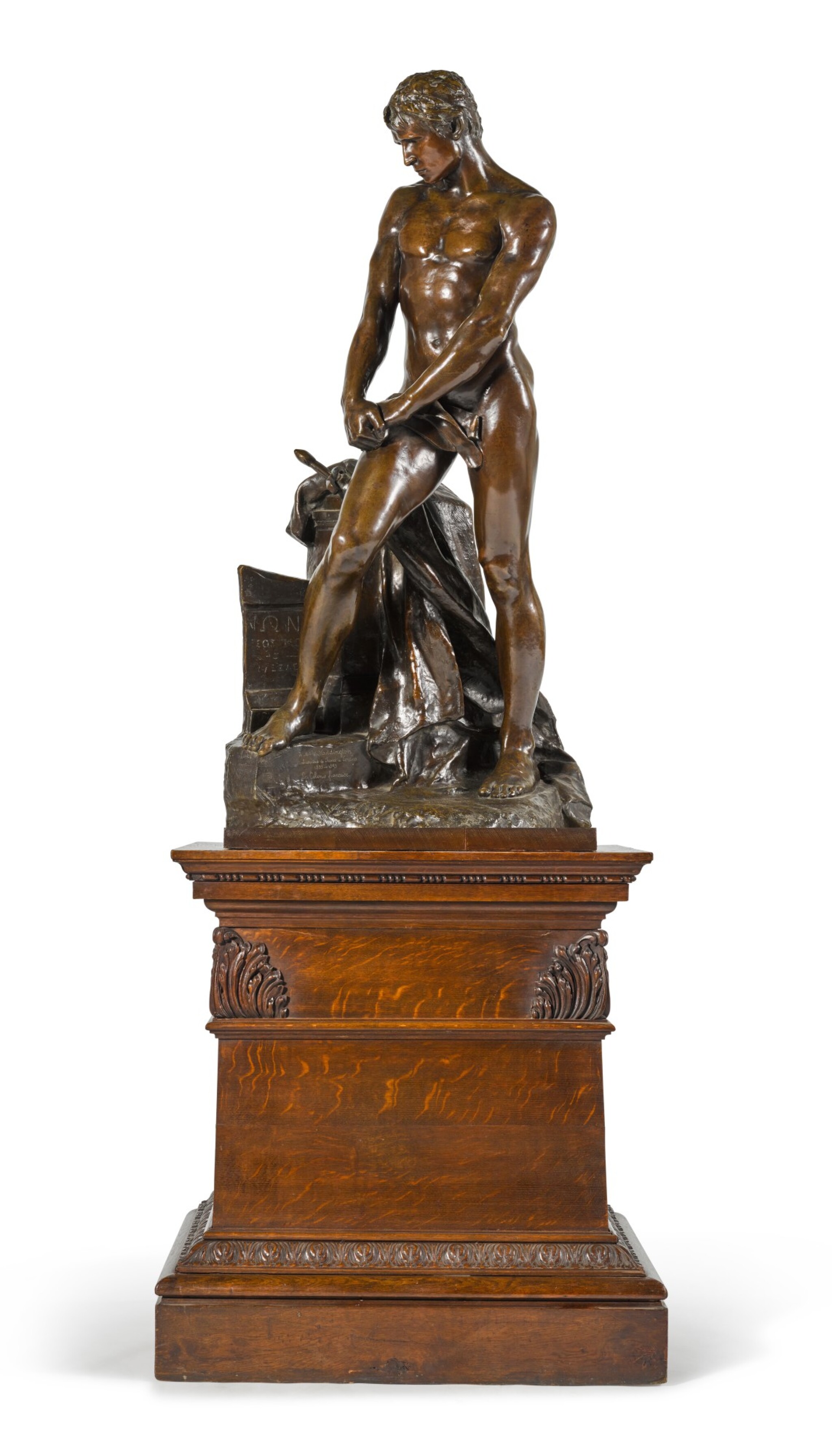 bronze, mid brown patina, on a wood base

Overall the condition of the bronze is very good. A few small patches of wear to the patina. Minor rubbing at the high points. Some general wear to the wood base consistent with age.

This impressive, two-thirds life-size bronze of the mythological hero Orestes relates to other models by Larche which form a thoughtful commentary on the chivalric ideal and the sorrows of war. It is reminiscent of the sculptor's model Vingt Ans (Twenty Years Old), which represents a youthful soldier with a melancholic expression.

The son of Agamemnon, Orestes suffered a tragic fate in Greek myth. Upon learning of his father's murder through his mother, Clytemnestra, and her lover, Aegisthus, he avenged Agamemnon's death by killing his mother and stepfather. As a result of his transgression, Orestes went mad and was haunted by the Furies.

The son of an ornamental sculptor, Larche entered the École des Beaux-Arts in 1878 and studied under François Jouffroy, Eugène Delaplanche and Alexandre Falguière. He was runner-up in the Prix de Rome of 1886 and exhibited at the Salon des Artistes Français from 1881 until his death. He was awarded a gold medal at the Exposition Universelle of 1900 and the medal of honour in 1903. During the early part of his career Larche produced many statuettes and objets d'art, cast by the founders Siot-Decauville, of which the former were frequently sentimental in subject.

This is a rare large cast of the Orestes, which is further distinguished by its dedicatory inscription to the French Ambassador in England.