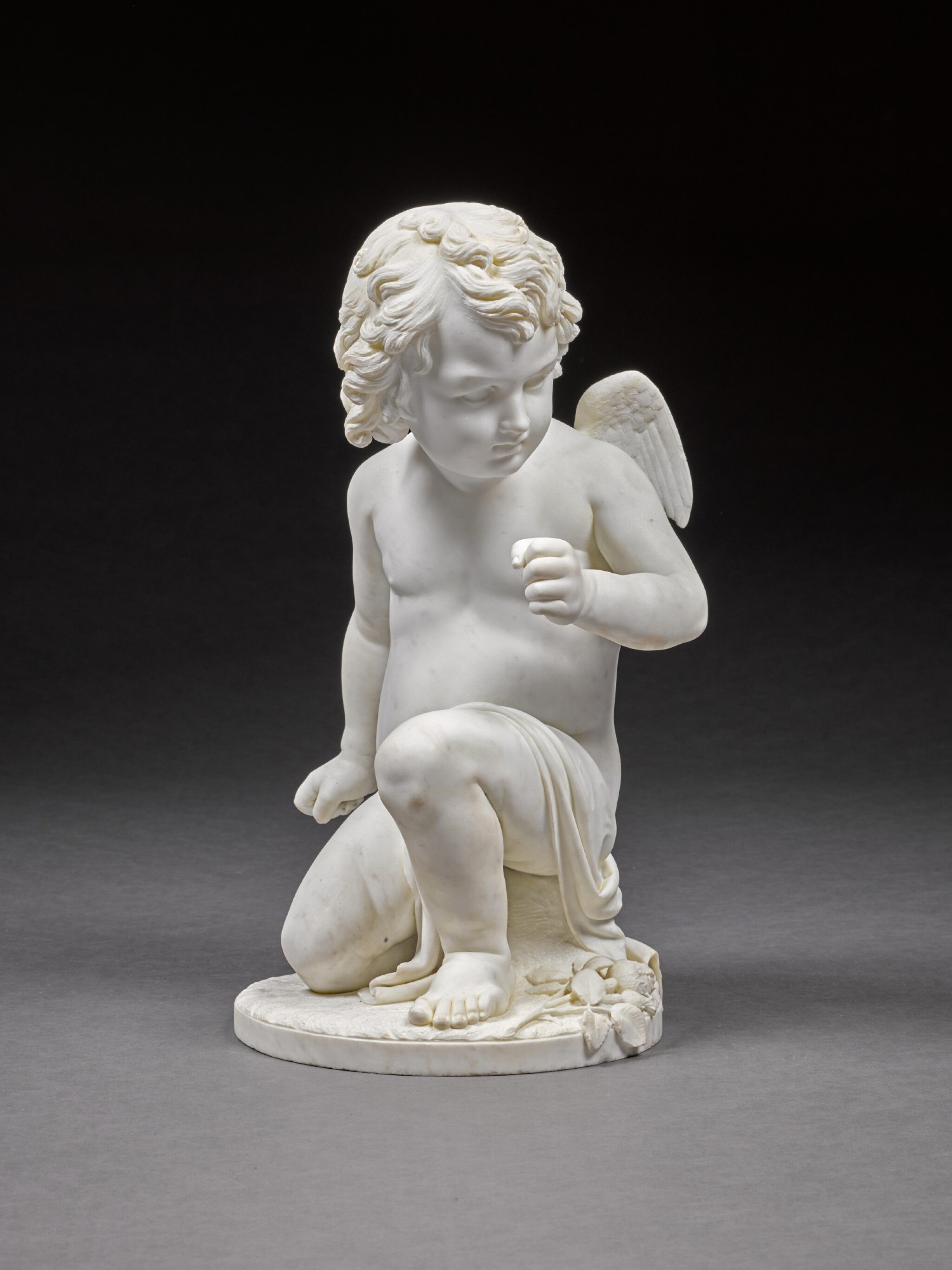 There is some dirt and wear to the surface consistent with age. There is yellowish discolouration and residue to the hair. The hair in particular has been heavily cleaned, and the surface has a dry appearance. Otherwise the surface is generally in good condition. There is natural veining to the marble. There are some small nicks and scratches to the proper right arm and to the back. There are some small abrasions to the toes and to the leaves in the ground. Some minor inclusions, including to the proper left arm and the proper right little finger. There is some dirt to the back of the hair.

Pio Fedi rose to prominence as one of the most important sculptors of his time in his native Florence. He trained with two of Italy's great marble masters, first Lorenzo Bartolini in Florence, and subsequently Pietro Tenerani in Rome. The influences of both can be seen in Fedi's combination of robust naturalism, which stemmed from Bartolini, suffused with the neo-classical vocabulary of Tenerani. His earlier work included various civic commissions, for instance Niccolo Pisarro for the doors of the Uffizi. Through the 1850s he was court sculptor to the Grand Duke Leopold II until the duke's exile in 1859. In 1855 he modelled his masterpiece, the marble group of The Rape of the Polyxena, which stands among seminal Renaissance works in the famous Loggia dei Lanzi on the Piazza della Signoria in Florence.

As exemplified in the present figure, another preoccupation of Fedi's was the innocence of youth, and he excelled at creating charming allegorical representations of children. This winged putto may represent Cupid, the infant god of Love, who is shown in a determined and dynamic pose, as if about to strike on his next amorous victim. The figure compares closely to a pair of allegorical children by Pio Fedi sold in these rooms on 11 December 2019 (lot 48).