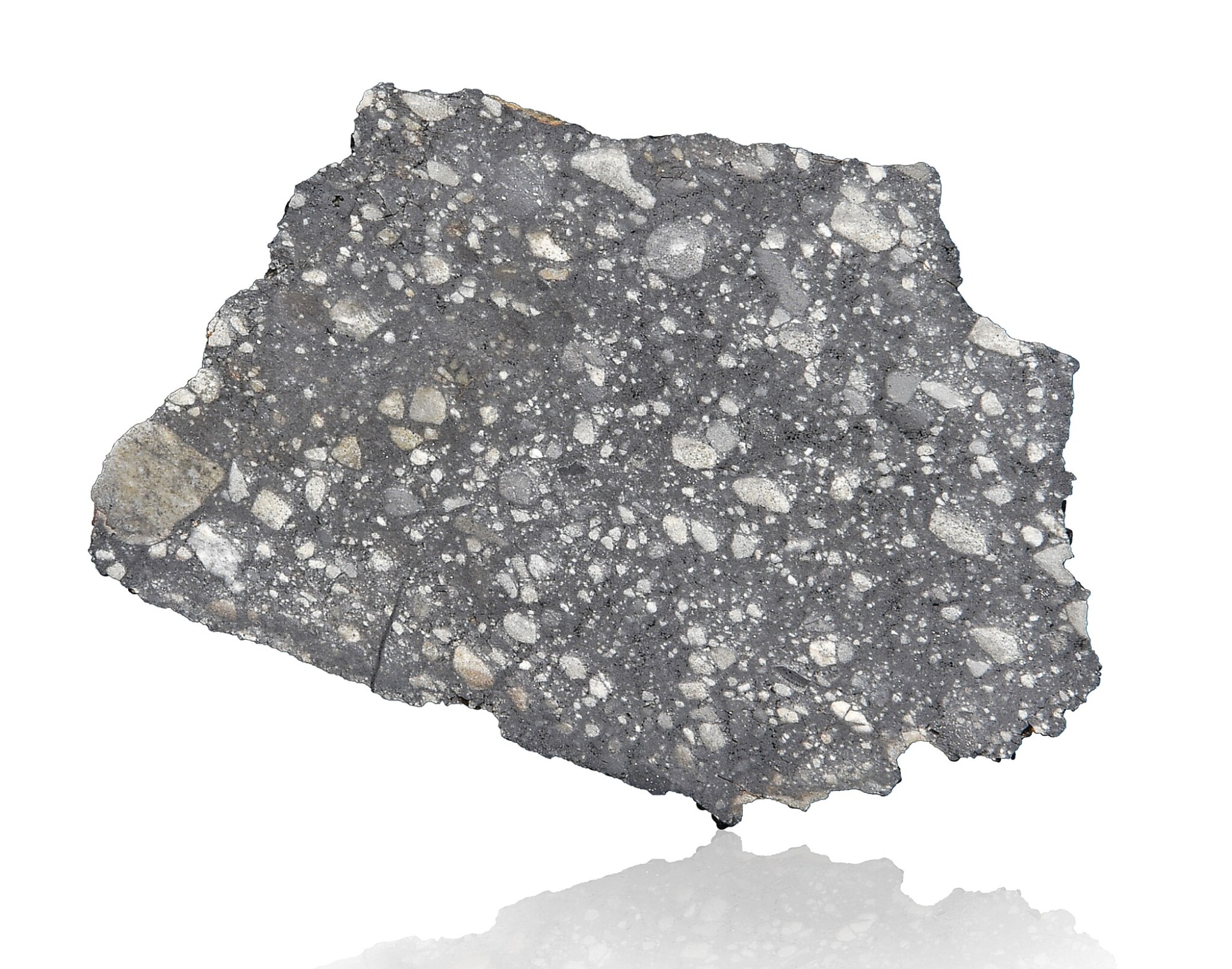 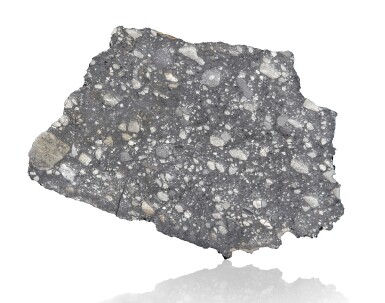 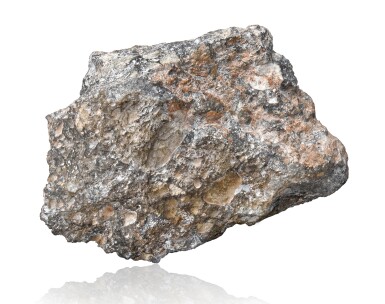 NOTABLE OFFERING OF A LUNAR METEORITE — END PIECE OF

This is an end-piece of a lunar meteorite — which is to say, a piece of the Moon ejected off the lunar surface following an asteroid impact which landed on Earth and was subsequently cut to reveal its interior and exterior textures. Lunar specimens are identified by specific geological, mineralogical, chemical and radiation signatures. Many of the common minerals found on Earth’s surface are rare on the Moon; in addition, lunar rocks contain gases originating from the solar wind with isotope ratios that are very different than the same gases found on Earth. Some lunar samples returned to Earth by the Apollo mission astronauts are closely similar to suspected lunar meteorites — and this is one such example. The cut face of this choice example reveals abundant signature anorthosite suspended in lunar regolith. The textured exterior surface contains a mottling of sienna hues, the result of its residency in the Sahara Desert. This lunar sample was classified by Dr. Anthony Irving, one of the world’s foremost classifiers of planetary material.

The official classification of this lunar meteorite appears in the 108th edition of the Meteoritical Bulletin. A copy of the abstract accompanies this offering.