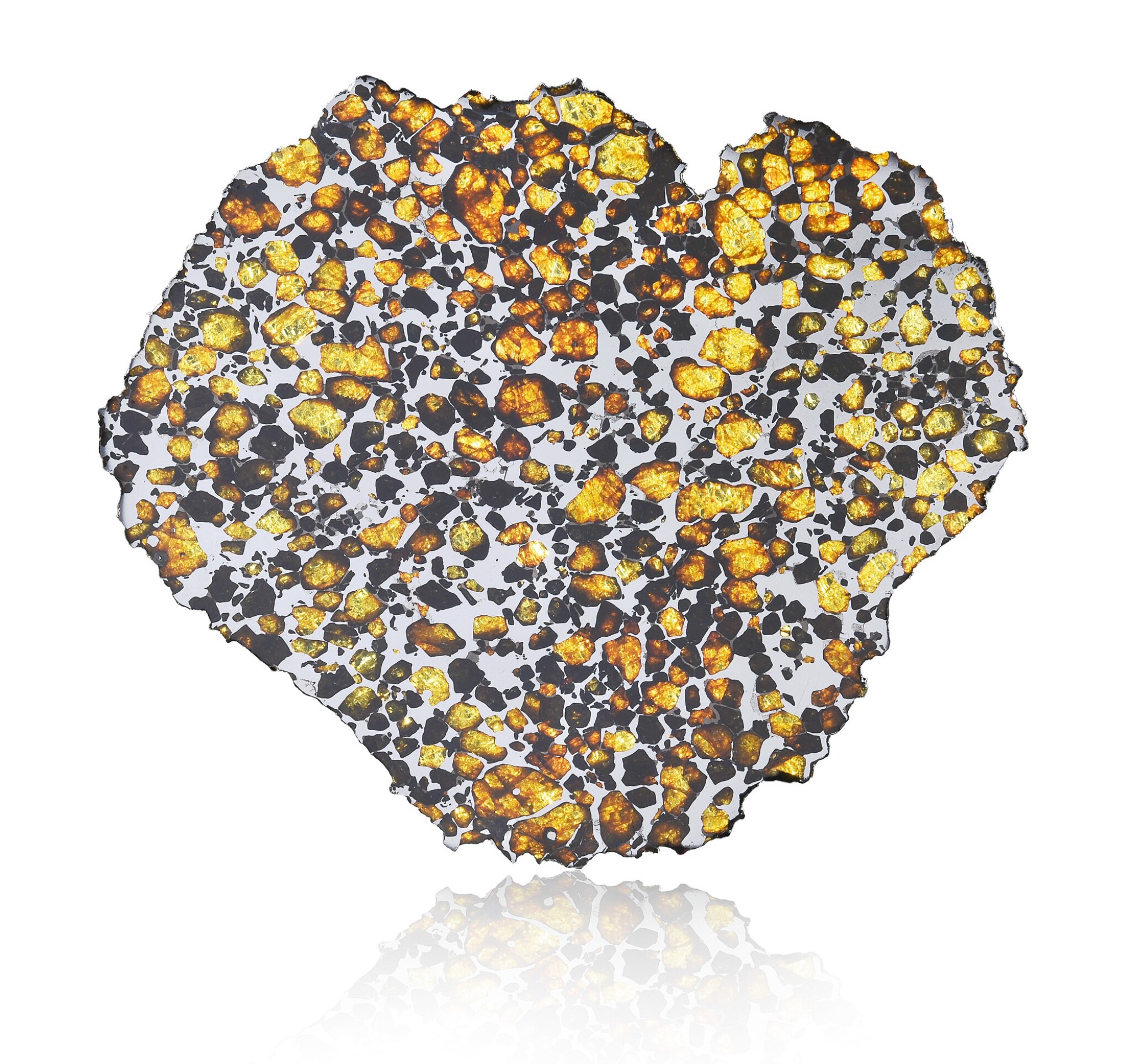 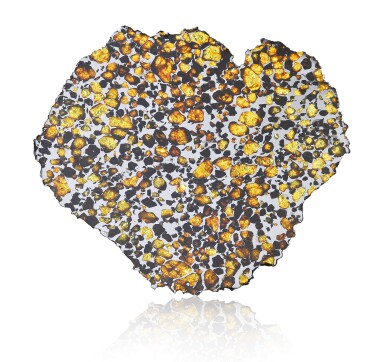 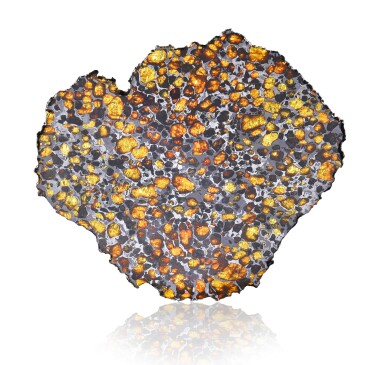 Similar to lot 106 but larger. Pallasites are widely considered the most beautiful extraterrestrial substance known and Imilac is among the most coveted pallasites. Extremely rare, less than 0.2% of all meteorites are pallasites. The overwhelming majority of pallasites, including Imilac, originated from the mantle-core boundary of an asteroid that broke apart during the early history of our solar system. The meteorite from which this slice was cut was found in the Atacama Desert atop the Andes, the highest desert on Earth. The crystalline/metallic mosaic seen is the result of small chunks of the asteroid’s stony mantle becoming suspended in the molten metal at the interface of its iron-nickel core. The polished matrix contains crystals of gleaming olivine and peridot (gem-quality olivine) which range in hues from emerald to amber. The reverse features Imilac’s Widmanstätten pattern (see lot 107), which reveals the crystalline pattern of the metallic alloys which twist and bend as a result to the olivine crystal inclusions. The meteorite’s exterior rim is composed of a thin band of molten olivine and metal — the result of frictional heating in Earth’s atmosphere following its billions-of-years sojourn through the solar system. This is a quintessential, large format example of a singular phenomenon occurring at an asteroid’s mantle-core boundary — which is on Earth only as a result of a catastrophic impact which fragmented and destroyed the asteroid from which it originated.