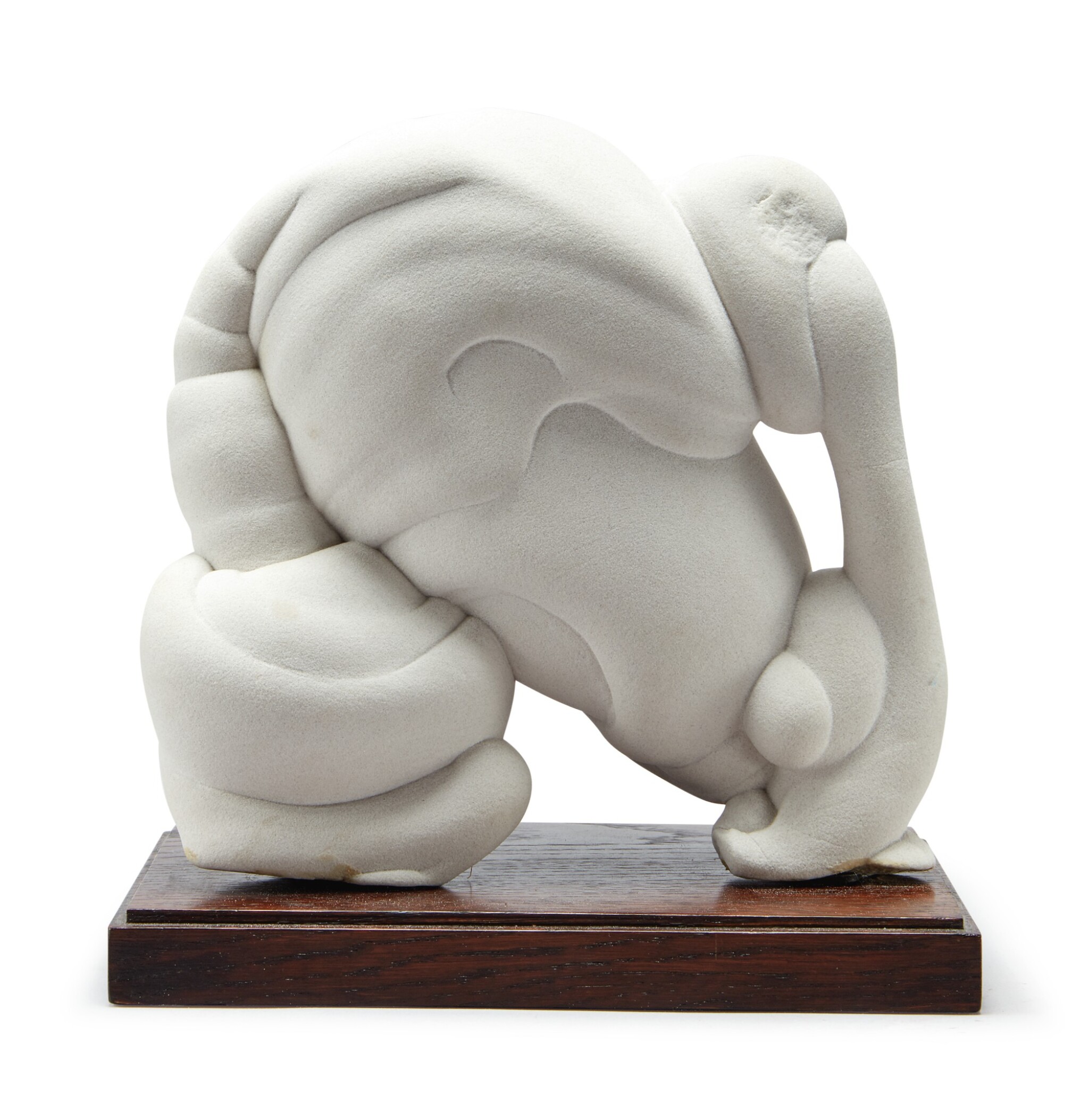 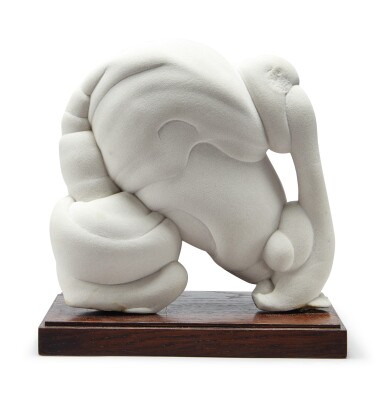 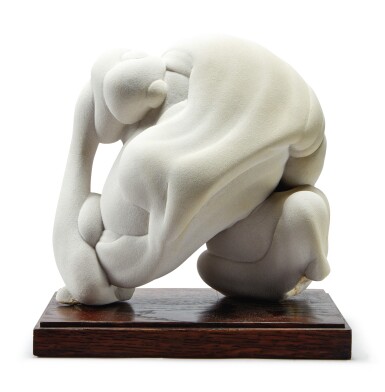 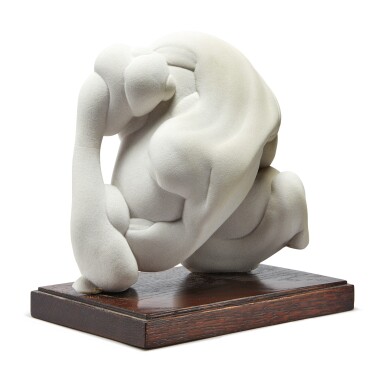 Grayish-white sandstone with elegant curves and soft edges, with an exceptionally fine grain, taking the natural form of a Condor's head. 25 cm tall, on a custom stand.