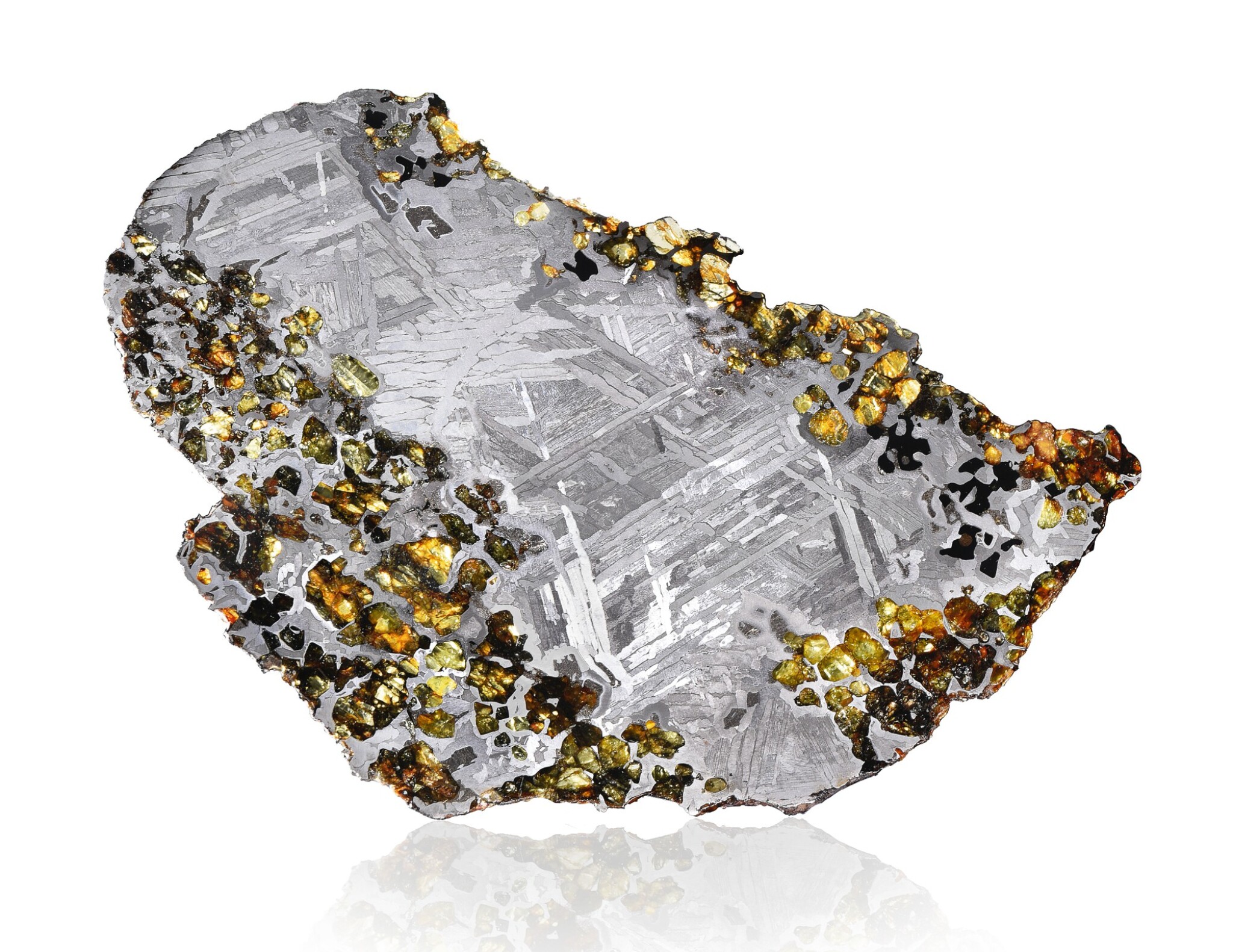 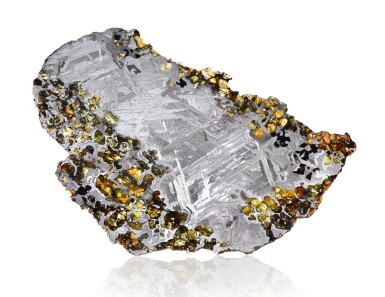 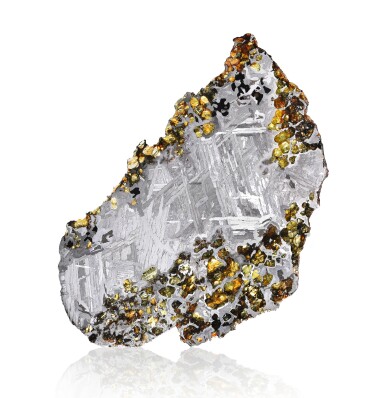 Pallasites represent less than 0.2% of all known meteorites and are widely considered the most beautiful extraterrestrial substance known. Like the vast majority of pallasitic meteorites, Seymchan originated from the core-mantle boundary of an asteroid that broke apart during early solar system history. Following pinball-like impacts, a large mass was serendipitously bumped into an Earth-crossing orbit.

The crystals seen here are the result of small chunks of the stony mantle becoming suspended in the molten metal of an asteroid’s iron-nickel core. Cut and polished, the lustrous metallic matrix features silicate crystals of gleaming olivine and peridot (gem-quality olivine) ranging in hues from emerald to amber. The prominent metallic latticework dominating the middle of the slice is referred to as a Widmanstätten pattern. It is the result of a slow cooling that provided sufficient time — millions of years — for the two metallic alloys to orient into their crystalline habit. As the only place where this can happen is in the vacuum of space (and also, theoretically at Earth’s own core-mantle boundary), the appearance of this pattern is diagnostic in the identification of a meteorite. As the crystals are not homogenously scattered throughout the metallic matrix, this is referred to as a transitional pallasite, a much less common and more idiosyncratic presentation. Crystal aggregates are separated by a robust etch in this choice example delimited by a rim of the meteorite’s external surface.