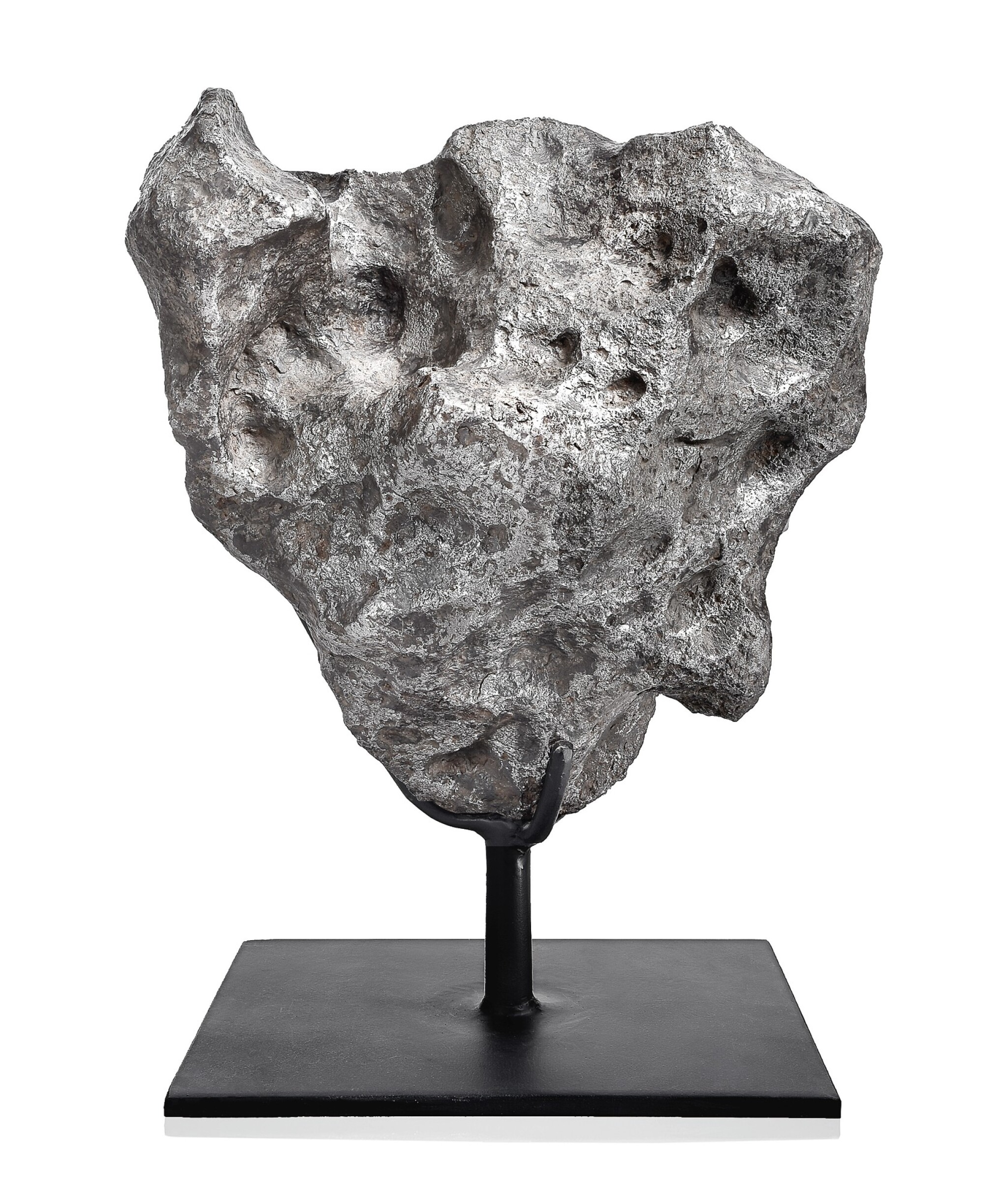 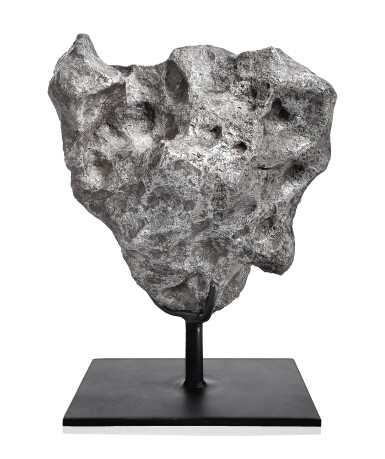 It was Spanish explorers in 1576 who first encountered and documented the surprising metallic masses encountered in northern Argentina long before the unearthly origins of these masses were understood. The first large meteorite ever displayed at the British Museum of Natural History was a Campo del Cielo, and several large Campo del Cielo (“Valley of the Sky”) masses are found in the finest museums throughout the world today. This tabletop specimen evinces the quintessence of a Campo del Cielo iron meteorite. Deceptively hefty for its size, this animated triangular form is accented with a stippled texture and is blanketed in a variegated platinum to gunmetal-hued patina.