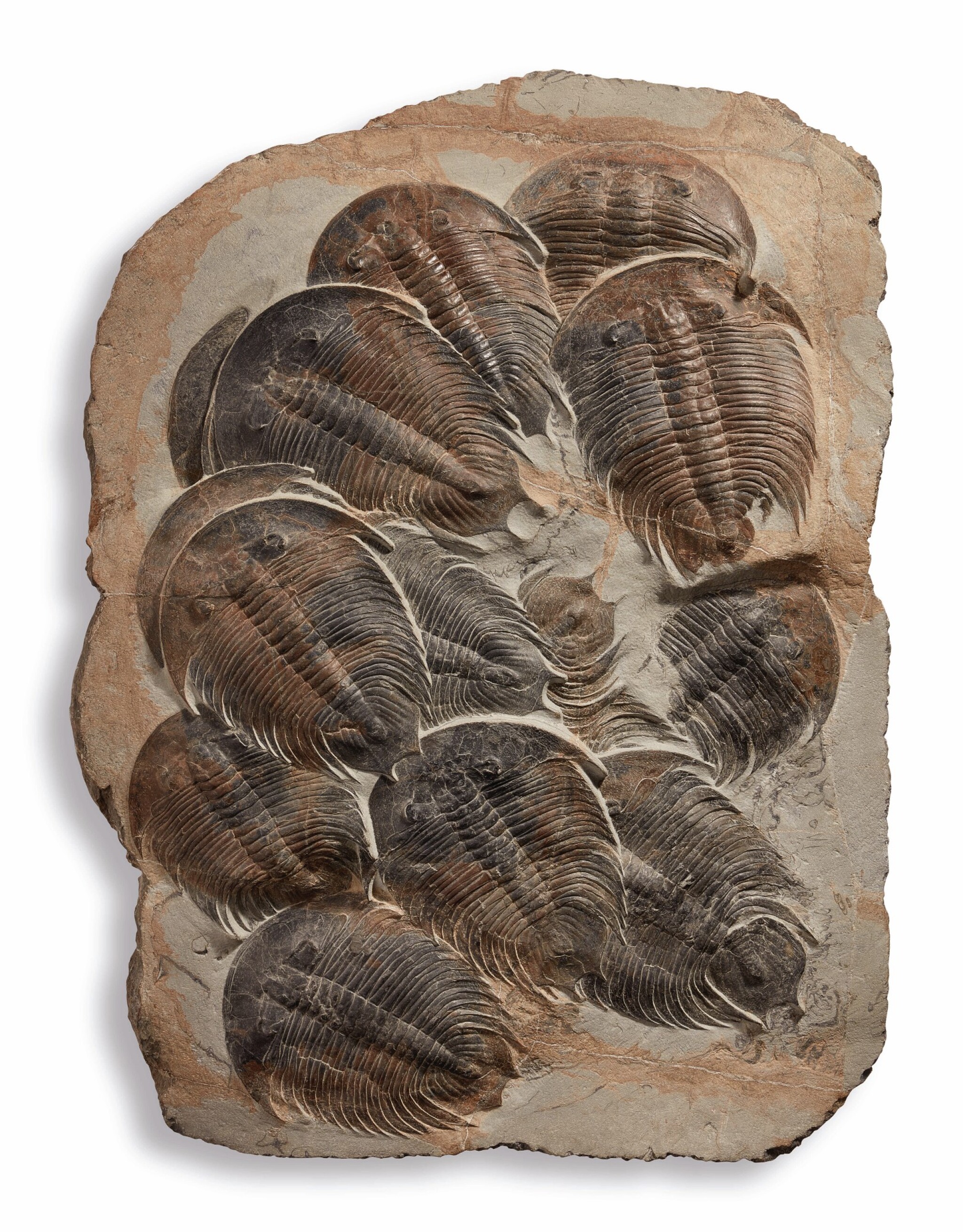 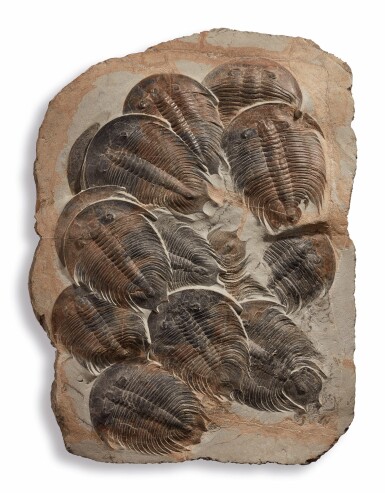 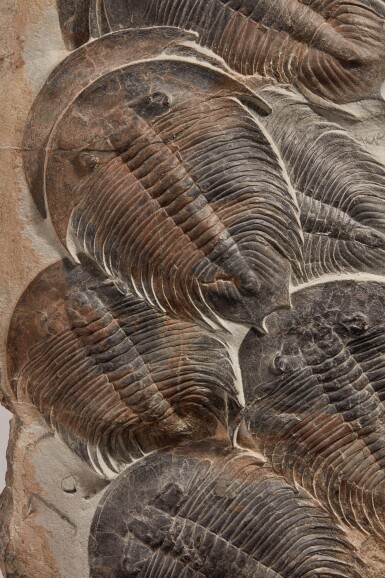 Trilobites are among the most ancient and archaic animals to have inhabited the planet, and are perhaps the most famous fossils after those of the dinosaurs. They are a class of marine arachnomorph arthropods that inhabited the seas during the Paleozoic Era, from the Cambrian through the Permien period. They existed in oceans for over 300 million years, with last of them disappearing during the mass extinction at the end of the Permien period, 250 million years ago —making them one of the most successful species to ever live. With its multitude of spines, trilobites resemble seem more like alien creatures than Earthly inhabitants, making it hard to imagine it imagine that they once inhabited our planet in multitudes.

This large assemblage of individuals were likely gathered for the purpose of fertilizing eggs, before they were surprised by a swift death.