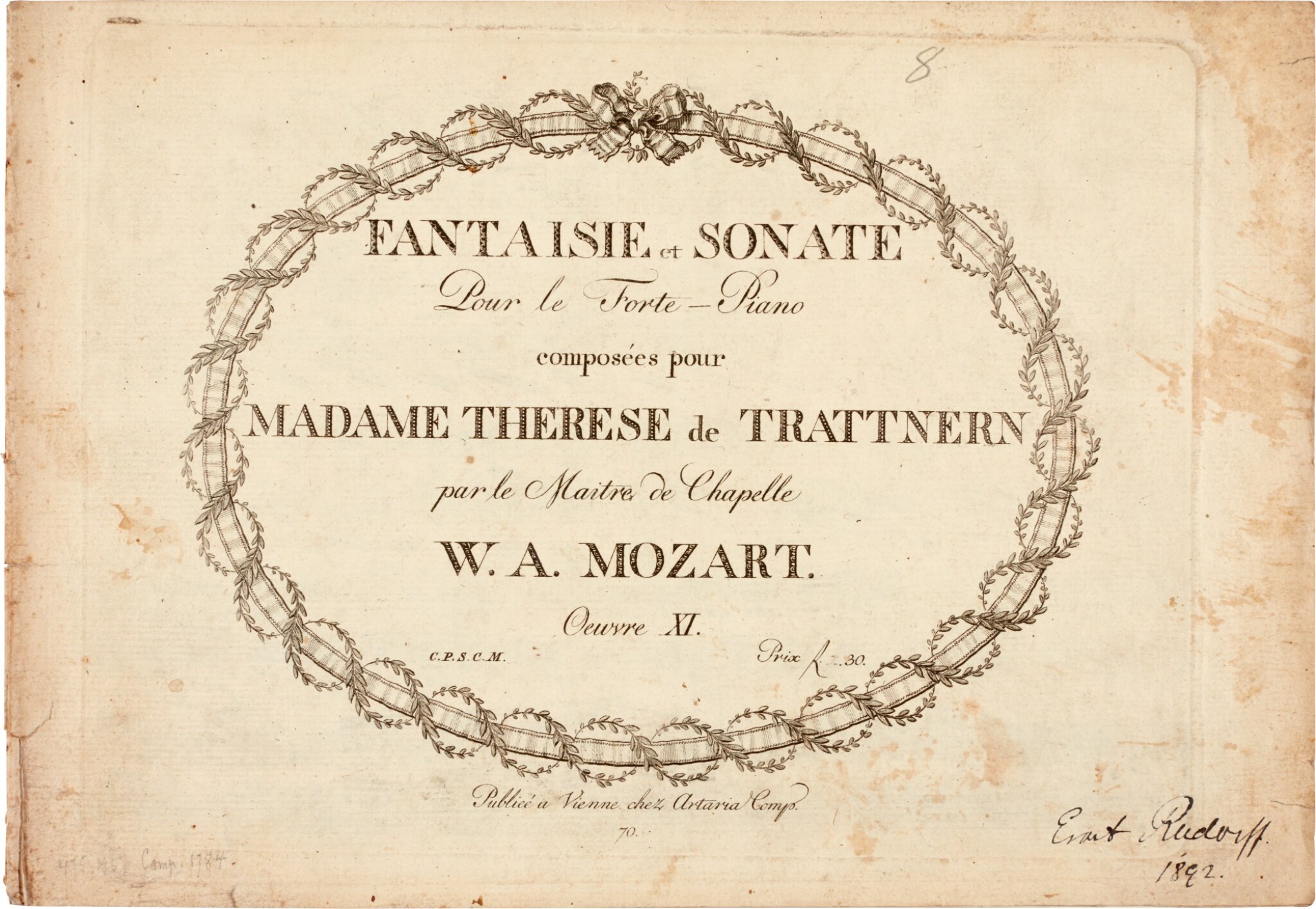 FINE AND RARE: Haberkamp records only five copies of this first issue of Mozart's Fantasia & Sonata in C minor K 475 & 457, all in European libraries. The editors of the modern scholarly edition (NMA, 1986), describe the Fantasia and Sonata as arguably Mozart's greatest piano composition. The present copy has wider margins than the Hoboken copy in Vienna or the one sold at Sotheby's on 8 June 2011, lot 370.

This copy has the original watermarks called for by Haberkamp and no replaced pages, as described in the NMA. There are a few cracks to the plates on pages 6, 11 & 17, suggesting that they are the originals.  Rather than containing corrections to the music, the later re-engraved pages seen in Haberkamp's issues 2-6 merely introduced errors, which were eventually rectified in Artaria's "Nouvelle Edition".

The autograph manuscript of the Fantasia and Sonata in C minor was sold at Sotheby's on 21 November 1990 (lot 90) for £880,000, still the highest price for a single work of Mozart (and arguably the most important) sold at auction.

Ernst Rudorff, from 1869 to 1910 head of piano studies at the Hochschule für Musik in Berlin and one of the editors of the first scholarly edition of Mozart's works.

some staining on title, and one mark slightly obscring the engraved price