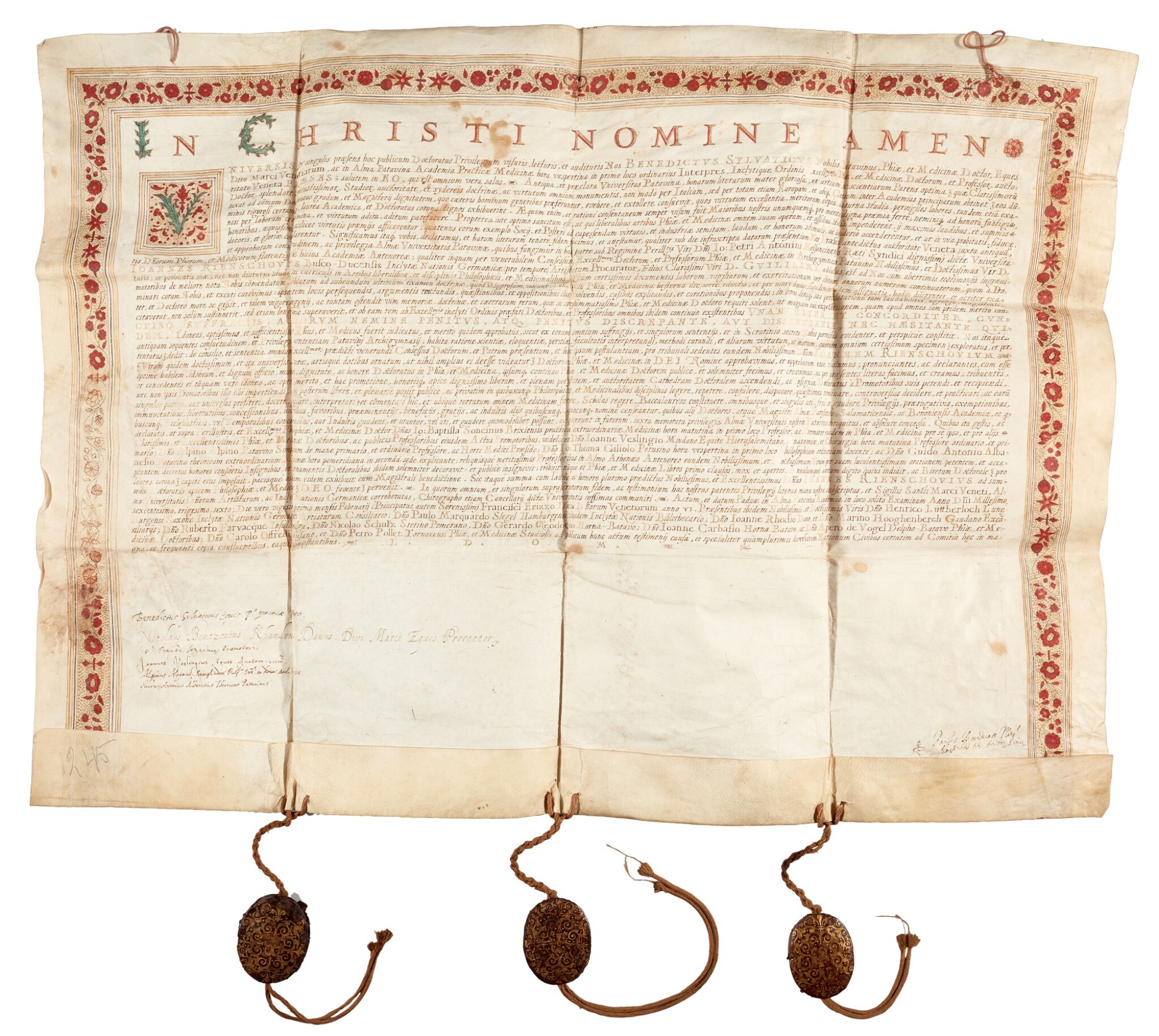 At this time, the University of Padua was the leading medical school of Europe. The German Nation at the University was responsible for the numerous students who came to study from beyond the Alps.