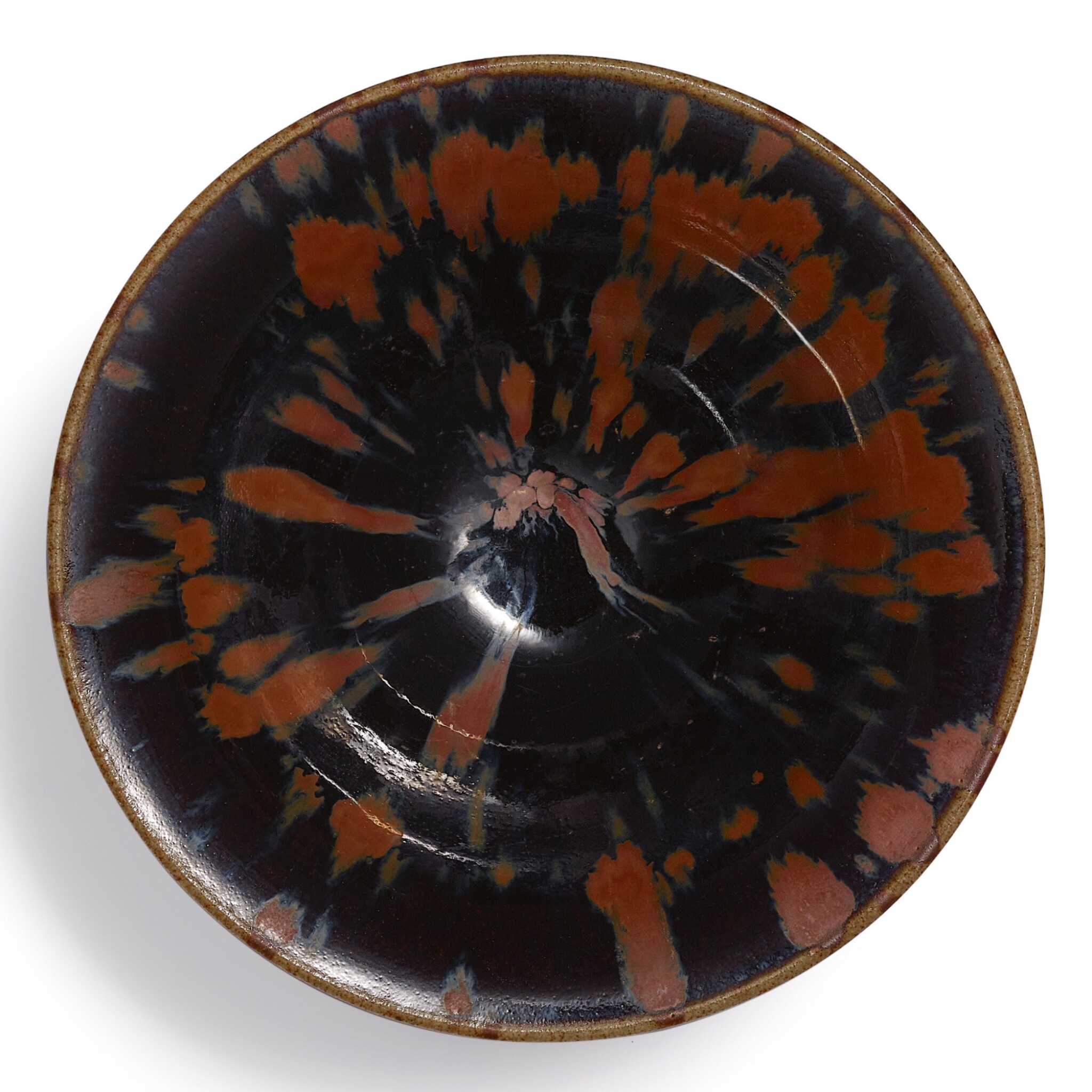 with a deep and subtly rounded body rising from a short foot to a gently everted rim, the interior covered with a glossy black glaze liberally splashed with short russet streaks resembling the mottled markings of a partridge, the exterior covered in a thick and lustrous persimmon glaze stopping neatly above the footring to reveal the pale buff stoneware body

Notable for its thickly applied and particularly lustrous black glaze, this tea bowl belongs to the same group of russet-splashed bowls as lot 11. However, while the splashes on lot 11 appear as small irregular speckles, here they have pulled downward with gravity, becoming large vertical brown streaks. The exterior of both bowls are entirely covered in a russet-brown glaze, a common practice at Cizhou kilns in the 11th and early 12th century. Teabowls similarly decorated with asymmetrical vertical streaks include three reconstructed examples recovered from the Guantai kiln site in Ci county, Hebei province, and illustrated in The Cizhou Kiln Site at Guantai, Beijing, 1997, pl. 65, fig. 1; a bowl sold in our London rooms, 20th June 2001, lot 64; and another sold at Christie’s Hong Kong, 1st June 2016, lot 3124.