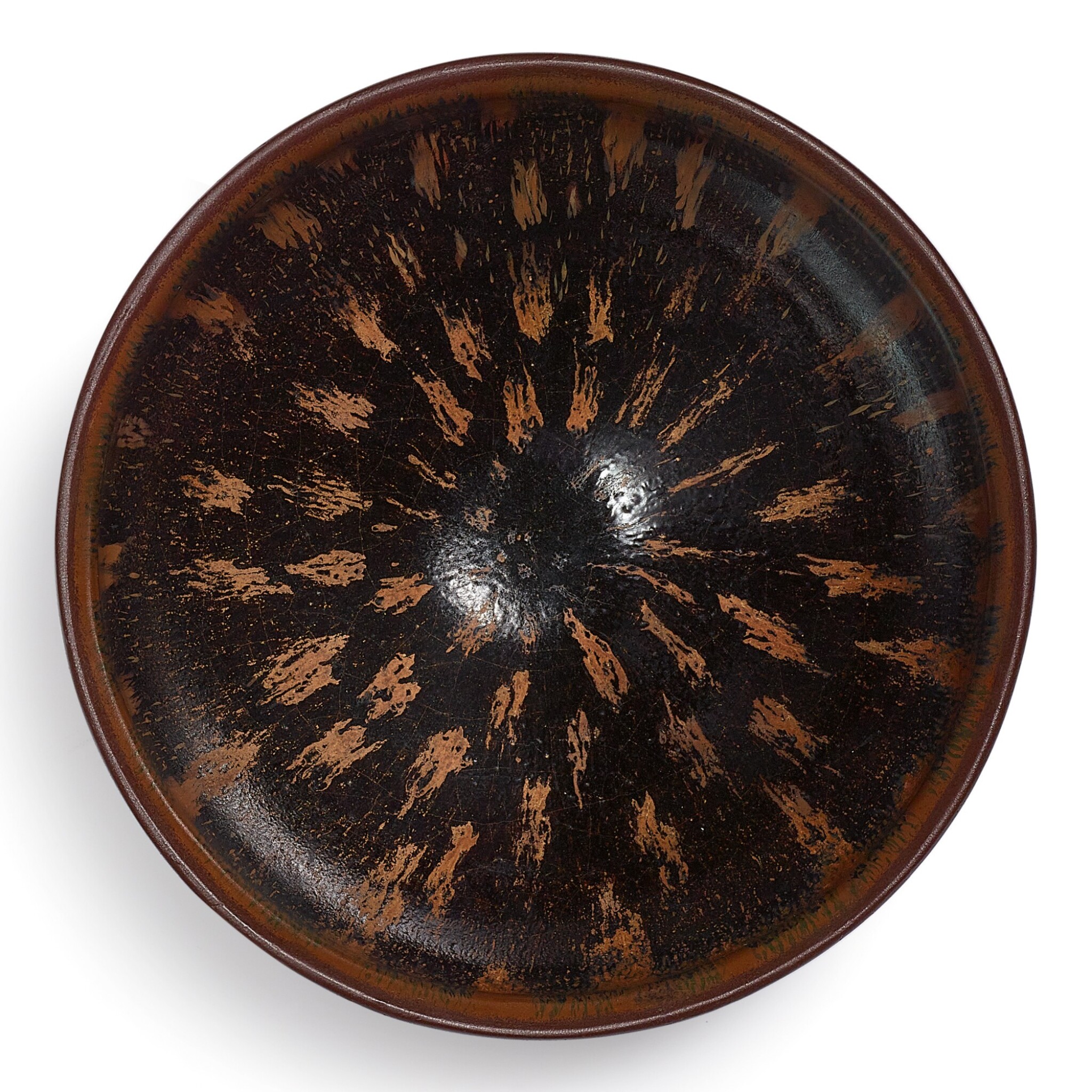 with rounded sides rising from a short foot to a thin grooved band along the rim, covered with a thick black glaze superbly painted with short russet streaks on the interior, the exterior with sparse splashes, the glaze stopping short of the foot and revealing the pale brown body

One side of the bowl appears to have been professionally restored with associated areas of overpaint extending along the rim.

The stunning motif on this bowl of evenly distributed russet mottles among fine russet streaks and against a rich dark glaze is very rare. Its characteristic form, known as zhan, and attractive glaze display the influence of Jian wares made in Fujian province. Tea wares from Jianyang were by the Northern Song period favoured by tea connoisseurs, scholars and even at the imperial court, and thus provided much inspiration to ceramic manufactories in both north and south China.

A Jian tea bowl of this form with russet splashes on the interior and exterior, in the National Palace Museum, Taipei, was included in the Museum’s exhibition The Far-Reaching Fragrance of Tea, Taipei, 2015, cat. no. I-14; another was included in the exhibition Karamono tenmoku. Fukken shō Kenyō shutsudo tenmoku to Nihon densei no tenmoku. [Chinese tenmoku. Excavated examples from Fujian and heirloom works from Japan], Chadō Shiryōkan, Kyoto, and MOA Art Museum, Atami, 1994, cat. no. 41; and a third from the collection of Winifred Grey Whitman, was sold in our New York rooms, 30th May 1973, lot 292.