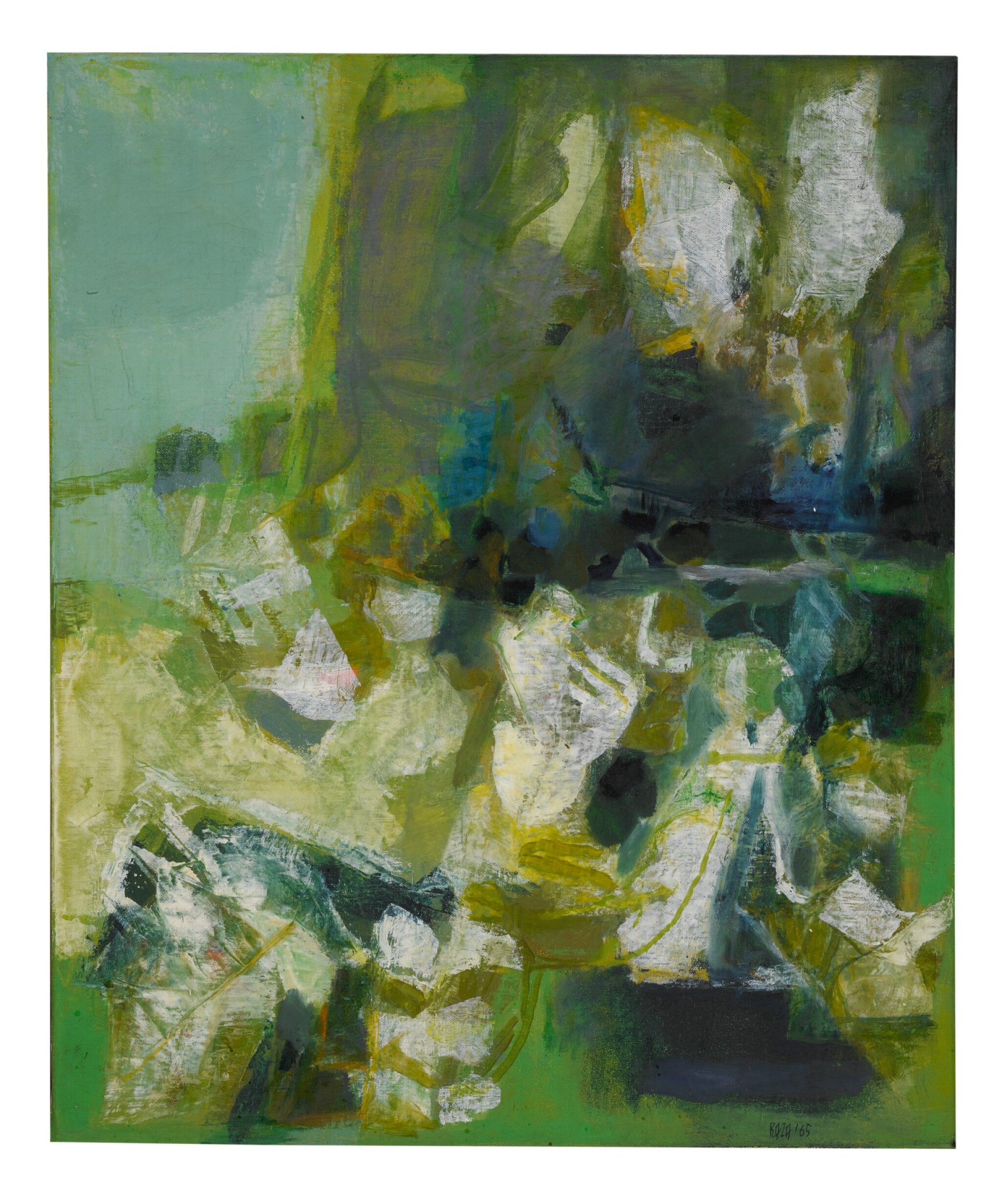 Please note that the page number of the Understanding Raza publication where the current lot is illustrated is p. 294 and not p. 204 as stated in the print catalogue.

Sayed Haider Raza met Henri Cartier-Bresson in India in the 1940s, a meeting which proved to be crucial in the development of his art. Cartier-Bresson advised Raza to study the works of Paul Cézanne, Henri Matisse, and other French artists of the Post-Impressionist and Modernist movements. Cartier-Bresson’s words stuck with Raza and led to a fundamental shift in his art.

This shift gained full form when he left for Paris in 1950 with a bursary from the French Government to study at the École Nationale des Beaux-Arts. “But I was not in France to do Indian miniatures! I was here to experience French art, and to live it. One of the fundamental breakthroughs for me was that I began painting in oils...My paintings were slowly changing: the constructions by Cézanne were haunting me now. For many years my main theme was the French landscape wherein trees and mountains…became important motifs.” (Artist's Statement, Bindu: Space and Time in Raza's Vision, edited by G. Sen, Media Transasia, New Delhi, 1997, p. 56)

Nature has influenced Raza's work throughout his career. The elements and the potency of colors and symbols to represent these elements are central to the evolution of Raza’s artistic vocabulary. In the early years in France, Raza painted the landscapes of Europe in semi-abstracted forms but with identifiable architectural features that provide a constant link to human activity but as his works progressed, these identifiable elements disappear.

In 1962 Raza moved to America to teach and during this period he came into contact with the New York School of painters and he witnessed for the first time the Abstract Expressionism of such artists as Sam Francis, Rothko and Pollock. Pollock’s works in particular had no formal construction or sense of spatial recession, allowing the artist greater autonomy over the pictorial space which inspired Raza to experiment in new ways.

The 1960s saw Raza move towards a less structured composition where he was 'no longer concerned with capturing the outward shape of things but their inner rhythm, and in evoking a response in the viewer through the use of appropriate colors.' (G. Sen, Bindu, Space and Time in Raza's Vision, Media Transasia, New Delhi, 1997, p. 79)  In the artist’s own words “... as a painter, I have to realize the ideas, the moods, the sentiments, in a visual language of form and color. A painting has to be seen, and to be felt. It has to be felt -- through all the senses.” (ibid., p. 148). This zeal is discernible in the current lot, titled Prairie, the French word for a meadow.