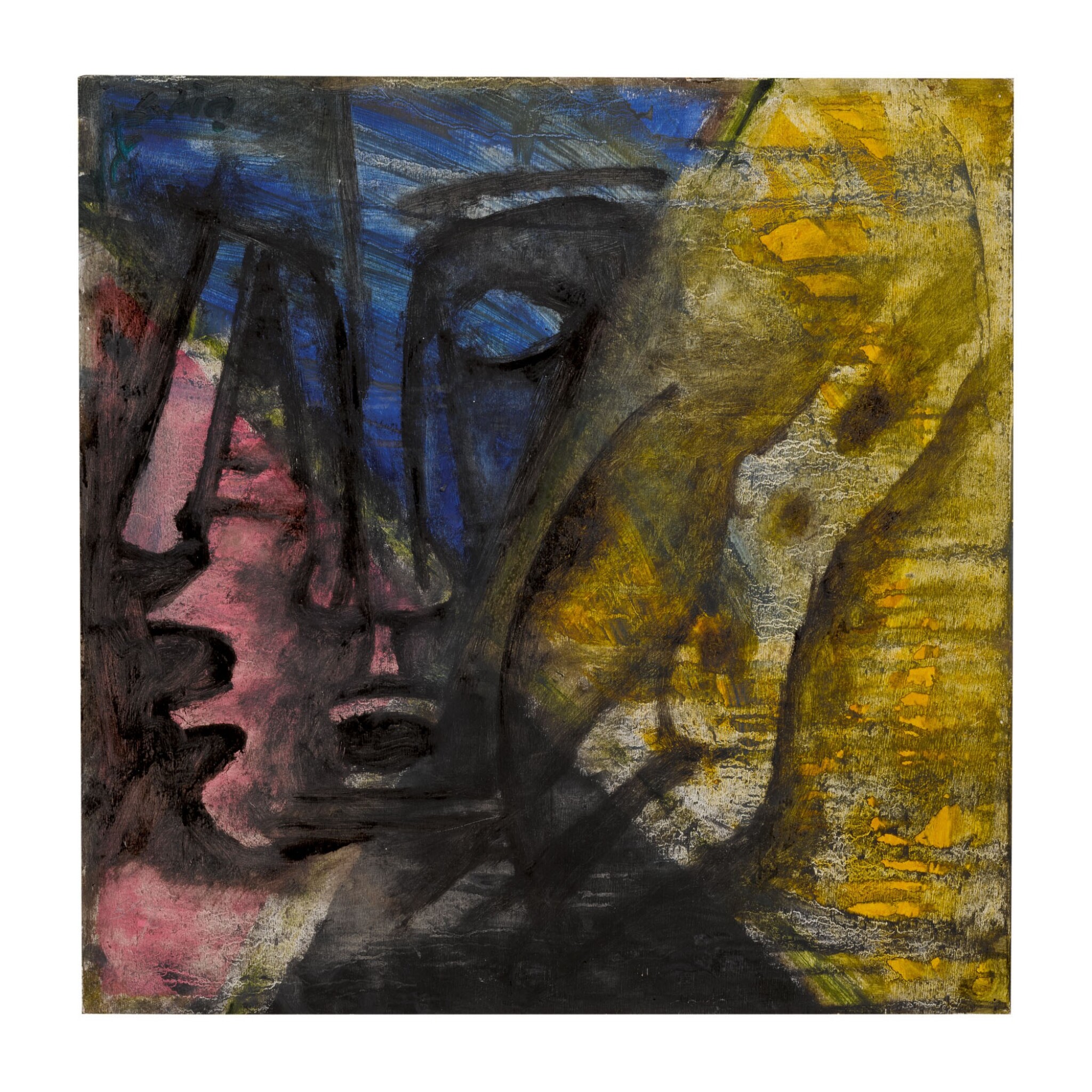 Signed in Devanagari and Urdu in pencil lower left

This painting depicts many of Husain’s well known symbols and iconography, namely the masked woman and the poised nude. However, this composition is also a departure from his earlier depictions of the female form. ‘His figures suddenly became anonymous. They existed on the picture plane without any specific locale or identity. They possessed a static poise, a slow languorous deliberateness. These directions were foreign to Husain’s personal attitudes, as revealed in his unfolding up till this point.’ (G. Kapur, Husain, Vakil & Sons Private Ltd., Bombay, p. 4) In the past, where his figures populated the spaces with rural village scenes in the background or detailed landscapes, these women with their silent masks are archetypal figures in their own private world. The overall effect is one of mystery, it is a glimpse into their inner sanctum. The colors divide the picture plane into areas of light and dark. The fact that the face on the right has a darker patch of paint and recedes into the shadows, and the background has no depth or perspectival space, renders it timeless and universal. It speaks to the nature of human identity. Through this sense of alienation and the careful use of pigments, Husain invokes a deep awareness of the human condition. Philosophical and impulsive, these paintings are more about emotion and less to do with a particular subject.