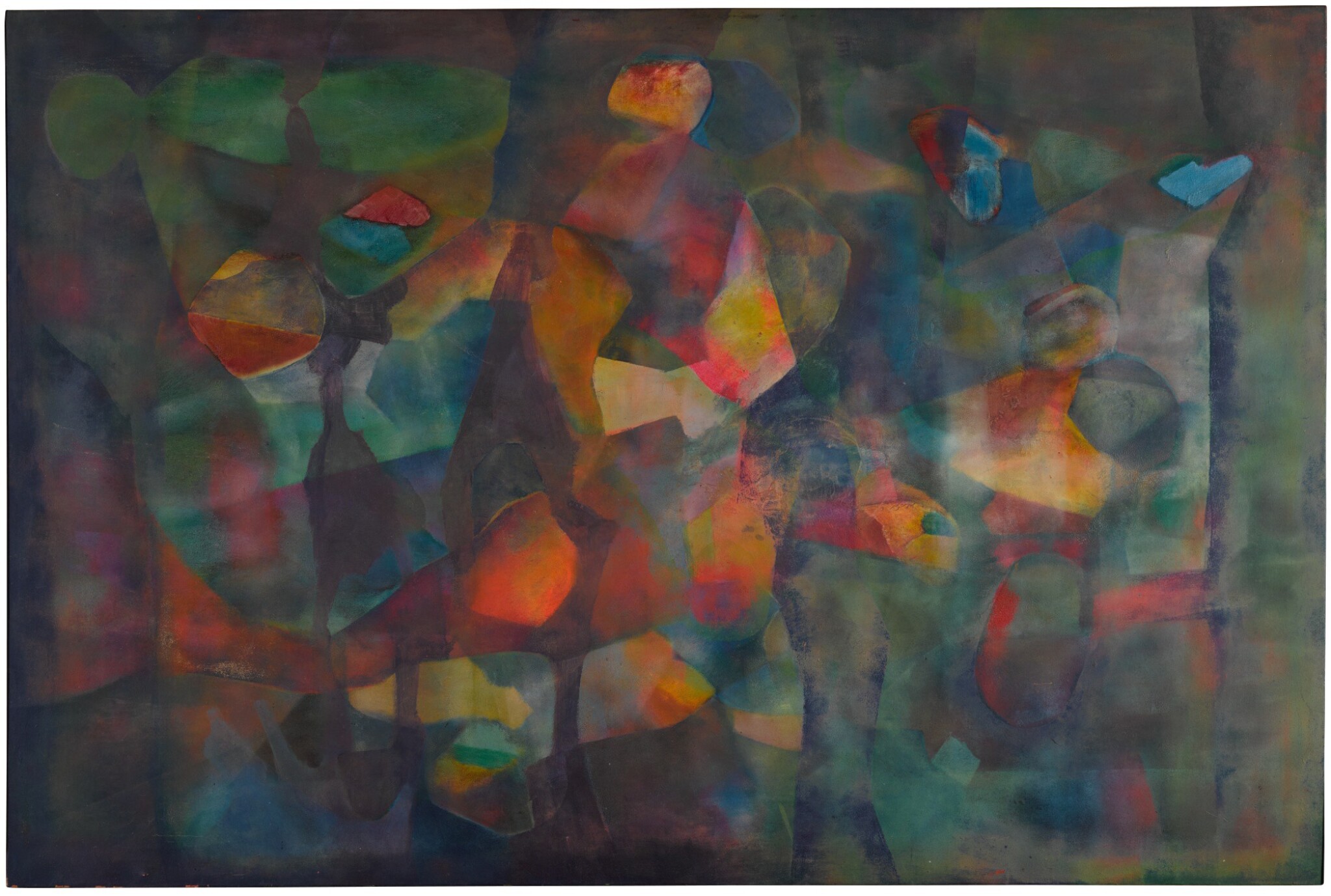 Oil and silkscreen on canvas

In 1961, Sudhi Ranjan Bhusan completed his Fine Arts degree at Kala Bhavan, Santiniketan, where he was a student of Ramkinkar Baij and Benode Behari Mukherjee, two pioneers of modern Indian art. Bhusan went on to study at the École des Beaux-Arts in Paris, and his works have since been exhibited at solo and group shows around India, and further afield, in European cities such as London, Paris, Ghent, Düsseldorf and Amsterdam. In his works, Bhusan uses his adept fluency in form and colour to create these riveting kaleidoscopic, abstract compositions.