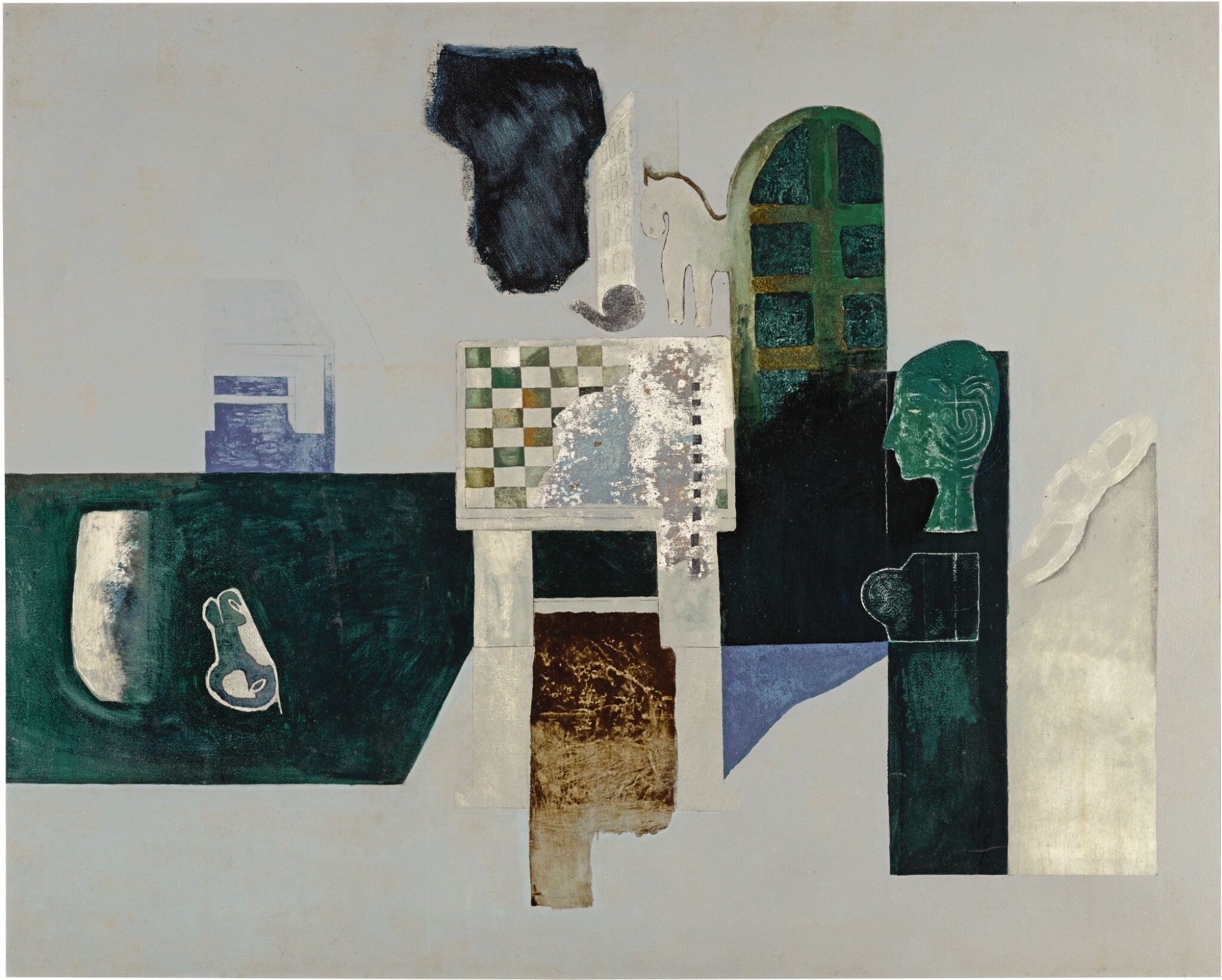 Signed and dated in Devanagari and further signed, dated, titled and inscribed ''THE CHESS - BOARD' 1992 / 5' x 4' / PRABHAKAR BARWE' on reverse

Acquired from a gallery in Bombay, circa 1997

The game of chess has long been a source of inspiration in art. Chess boards and pieces can be found in images ranging from the miniatures of medieval manuscripts to the dada and surrealist works of Marcel Duchamp and Man Ray. In the current lot, a vast painting by the revered Indian modernist, Prabhakar Barwe, a chess board forms the centre and focus of an intriguing composite of objects, architectural forms and cursory shapes.

Born in 1936 into a family of sculptors and artists in rural Maharashtra, Barwe trained at the Sir J. J. School of Art, Bombay, in the early 1950s. There, he was inspired by artists such as Vasudeo S. Gaitonde and Mohan Samant, but his most seminal artistic influences arguably came from Swiss painter Paul Klee and British abstractionist Ben Nicholson. Early in his career, Barwe rejected figuration, instead building his works around seemingly disparate objects carefully composed on the canvas. His work took a significant turn in the 1960s during his time in Varanasi; a lack of oil paints led Barwe to paint in what was to become his signature medium, enamel, and his exposure to Tantric philosophy had a profound impact on his distillation of form, emptying his works of superfluous elements.

The present work is a distinctive example of Barwe’s mature artistic style. Disparate iconographic elements float and coexist within the frame to create an exquisitely balanced composition. The work takes on a surrealist dimension in both its shifting perspective and the juxtaposition of components, for instance between equine creature – perhaps representative of the white knight of the chess board – indistinct building façade, archway, sculptural head and other curious forms. Barwe makes no distinction between the representational and abstract elements in the composition, an important aspect of his practice and one of his unique contributions to the ongoing dialogue of modern Indian art.