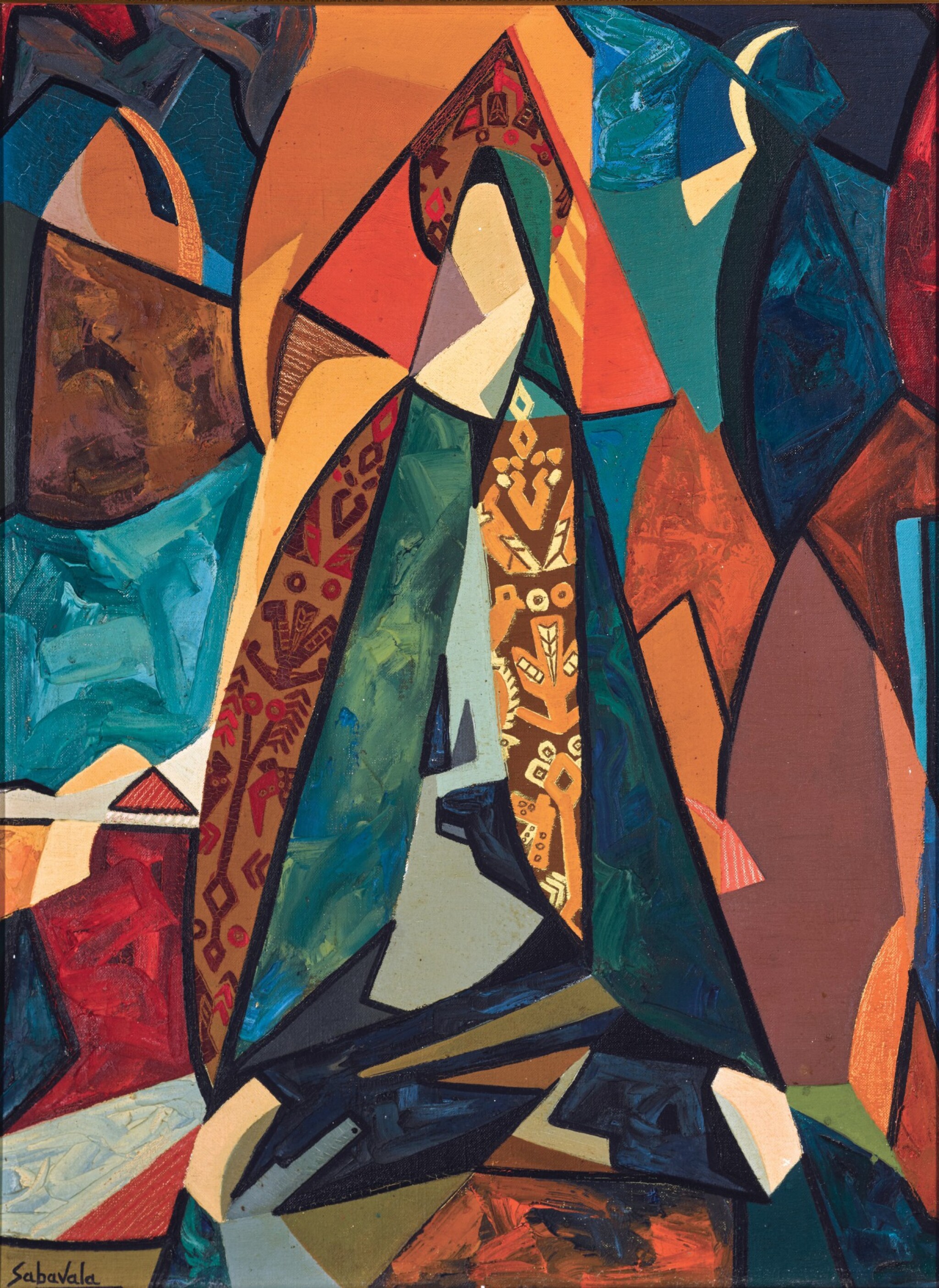 Acquired directly from the artist by Mr. and Mrs. R. Covington circa 1955

Jehangir Sabavala undertook his eminent artistic training at the Sir J. J. School of Art in Bombay, the Heatherley School of Fine Art in London, and the Académie André Lhote, Académie Julian and Académie de la Grande Chaumière in Paris. He returned to India in the early 1950s and combined his formal technical skills with inspiration drawn from the vibrant culture of his home to produce a unique visual vocabulary. As noted by the artist's biographer, Ranjit Hoskote, it was Sabavala’s time studying under the French Cubist André Lhote which had the most profound impact on his work. ‘Through [Lhote], Sabavala internalized the radical Cubist doctrines of conception and perception: the Cubist emphasis on regarding the perceived object as constituted, not by its essence, but by its relations to other objects. Underscoring conceptual process rather than retinal impression, the Cubist painting demonstrated its subjects as an assemblage of planes – as a structure autonomous of nature, the product of sometimes contradictory stresses and devices rather than a harmonious unity of effects.’ (ibid., p. 49)

Throughout the 1950s, Sabavala experimented with the plasticity of Synthetic Cubism and the current lot is an exceptional example of this exciting phase in the artist’s career. In this beautiful work, Sabavala has deconstructed the scene so that the stylised, triangular form of the Madonna emerges from a kaleidoscope of shape and colour. The taut curves and bold diagonals, and rich, infilled colours, powerfully recall Renaissance stained glass windows. This association is further established by the Christian subject matter, a theme Sabavala continued to explore as the decade progressed.