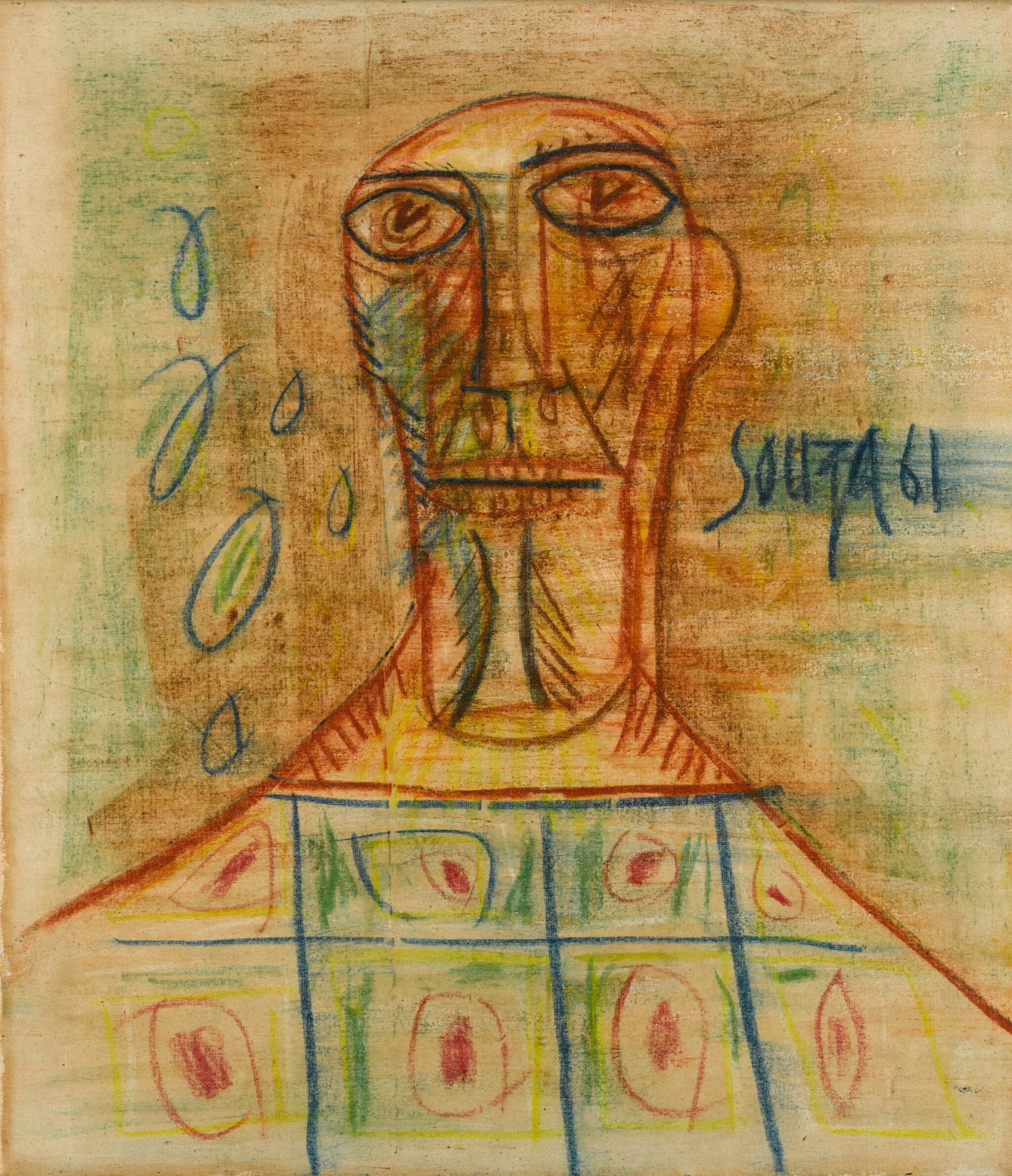 From the collection of Victor Musgrave

The period between the mid-1950s and early 1960s was a heady time of commercial and critical success for Francis Newton Souza: he held five one-man exhibitions at Victor Musgrave’s Gallery One in London; received glowing critical reviews by well-known critics such as Andrew Forge, John Berger, and George Butcher, who steadily defended Souza as one of the few really important living painters in England, along with Graham Sutherland and Francis Bacon; was one of five painters chosen to represent Britain at the Guggenheim Museum in New York; and was a prize winner in the first John Moore’s Exhibition in Liverpool in 1957.

During 1961, Souza produced a number of canvases where he used polyvinyl acetate over oil and chalk pastel. This technique blurred the lines and highlighted the texture of the canvas giving the works a shroud-like quality that demonstrated the artist's interest in early religious portraiture. Not only is this work from a period of extraordinary creativity and success, it has distinguished provenance of the aforementioned Victor Musgrave, a stalwart of the British arts scene. The present work is archetypal of Souza’s portraits of this period, with elongated, misshapen features and signature high-set eyes. The figure’s tunic bears a checkerboard pattern, a recurring motif for Souza, which references the clerical vestments worn by the religious figures he encountered during his strictly Catholic upbringing in Goa.