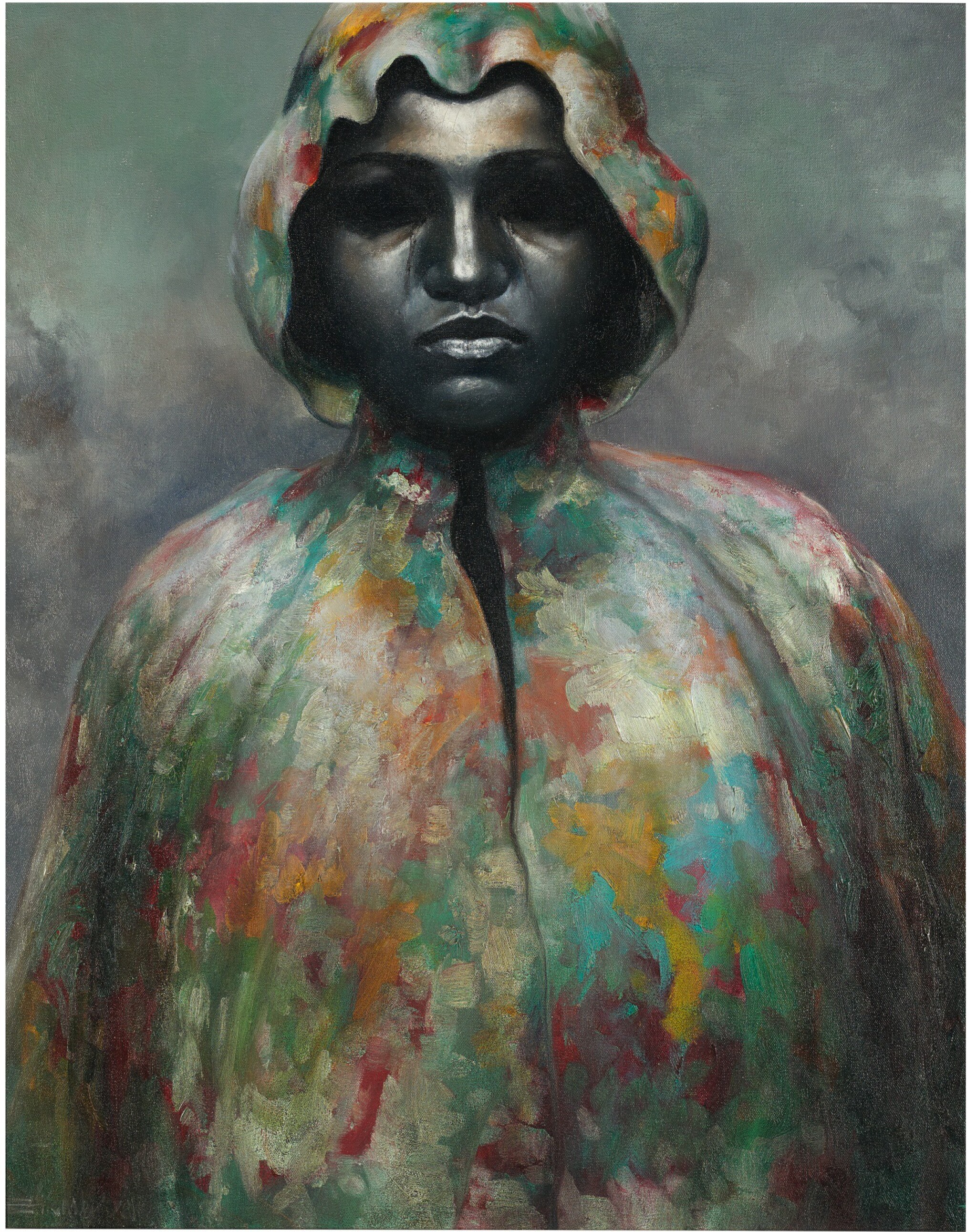 Much of Bikash Bhattacharjee’s œuvre was inspired by the artist's Bengali roots and his experiences in Calcutta. The political, economic and social hardships he witnessed as a child played a significant role in his choice of subject matter. His paintings and drawings often include street scenes, creatures of the night, haunting children, prostitutes scanning for customers, and middle-class women going about their lives. The subject matter he presents is an amalgamation of reality and fantasy, heightened by a dystopian colour palette. His figurative works reveal his tainted outlook of the world, informed by his own suffering of losing his father at a young age and growing up in a a city of extensive societal struggle. “I see myself as a sort of painter journalist, using paint and canvas as a photo-journalist might use his camera. What I have to say is right there on the canvas”. (B. Bhattacharjee quoted in Indian Painting Today, Jehangir Art Gallery, Bombay, 1981, p. 17)

His representations of middle-class Bengali women, as seen in Mrs. J in Rain, have brought him much critical acclaim. 'The relationship between woman and goddess runs through the artist's oeuvre: beginning with paintings of the woman hidden within the goddess, he progresses to images of ordinary women possessed with divine power.' (A. Jhaveri, A Guide to 101 Modern and Contemporary Indian Artists, India Book House Pvt. Ltd., Mumbai, 2005, p. 20) The woman in the current lot stares out at the viewer through dark sunken eye sockets. The silvery highlights on her face are contrasted with severe shadows, both of which are further juxtaposed with the vivid smudges of colour on her tunic and hood. The current work is an exceptional example of Bhattacharjee's mastery at capturing the quality of light. Here, his dramatic use of highlight and shadow make it appear as if Mrs. J's face is made of steel. She is at once part of the hazy grey backdrop and starkly distinct from it.

The overwhelming mood of the painting is one of alienation and foreboding. Indeed, Bhattacharjee was uninterested in the appeal of conventionally aesthetic painting, but rather aimed to portray the dark reality of a certain strata of lives in Calcutta.