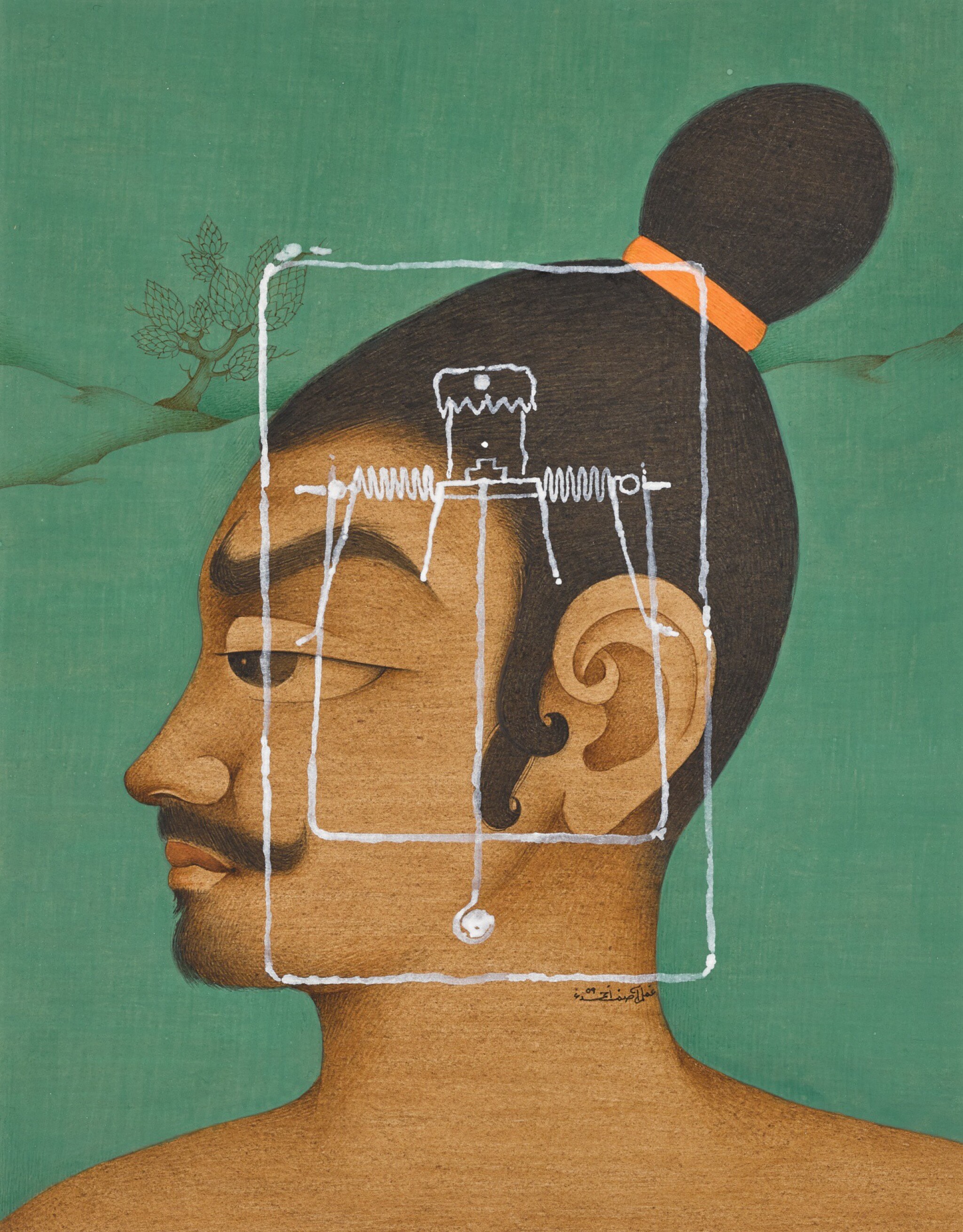 Asif Ahmed is a contemporary miniature artist based in Karachi. He was awarded a distinction in Miniature Painting from the National College of Arts, Lahore, in 2004, and in the following year received the sought after Ustad Haji Sharif Award. Ahmed paints with gouache on wasli – the homemade paper traditionally used in miniature painting – and juxtaposes Mughal iconography with ambiguous symbolic images such as dice, guns and skulls. His work often possesses political undertones and in the current lot, the warrior’s profile overlain with the white, simplified outline of a mousetrap can be seen to speak to the illusory and fragile nature of power. Ahmed has shown his work widely throughout Asia, as well as across the Middle East, Europe and North America.