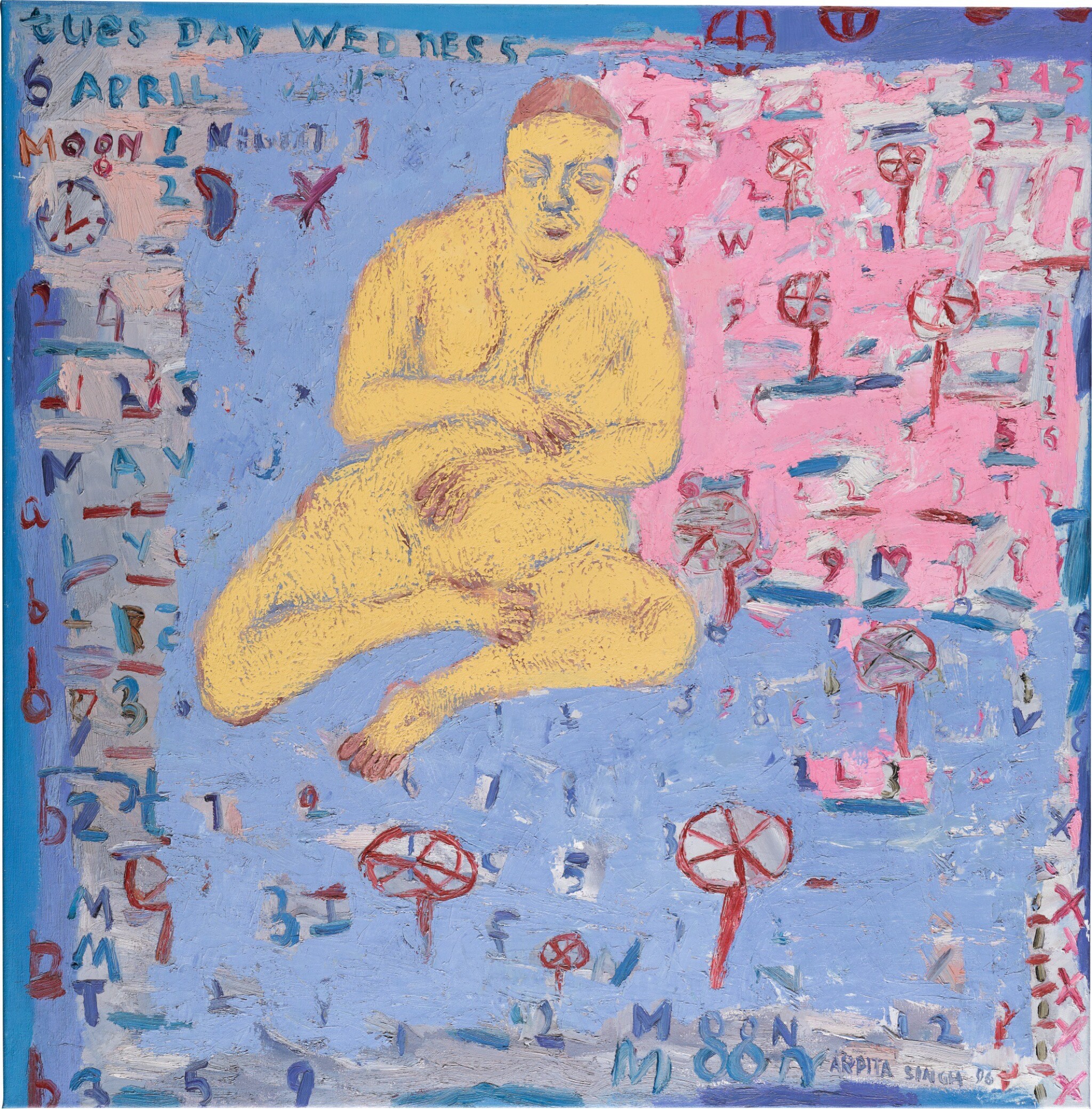 Acquired in Delhi, circa late 1990s

Arpita Singh was one of the leading artists in India’s second generation of modernists, alongside figures such as Bhupen Khakhar, Rameshwar Broota, Jogen Chowdhury and Gulam Mohammed and Nilima Sheikh. Her unique artistic style was shaped by an unusual variety of art forms. One such influence were the richly detailed Bengali quilts or kantha she encountered while working at the Weavers Service Centre in Delhi in the mid-1960s. Speaking of this decorative craft, the artist notes “The stitches in a kantha give body to the limp cloth, give it form. I feel that textures give strength to my painting – an added dimension.” (A. Singh quoted in S. Bean, Midnight to the Boom: Painting in India after Independence, Thames & Hudson, London, 2013, p. 182) Singh found another significant source of inspiration in the dreamlike, folkloric compositions of Russian-born modernist Marc Chagall. “Maybe we had the same kind of background, similar stock… folk memories” (ibid) – in Chagall’s case this was a folk culture born from his Hasidic Jewish identity, whilst for Singh, one from her Bengali heritage.

The current lot, with its bright colours – including Singh’s signature cerulean blue and candyfloss pink – sumptuous paint application, childish scrawlings and floating, downcast figure, perfectly illustrate integral elements of the artist’s most famous works. Singh’s paintings often highlight the role of women in contemporary Indian society, and here, the aging nude female, in conjunction with the days, date, clock, scattered numbers and even the word ‘moon’ that surround her, seem to speak to the passing of time and the effect this has on the body, and indeed life, of both her female subject and women more generally.