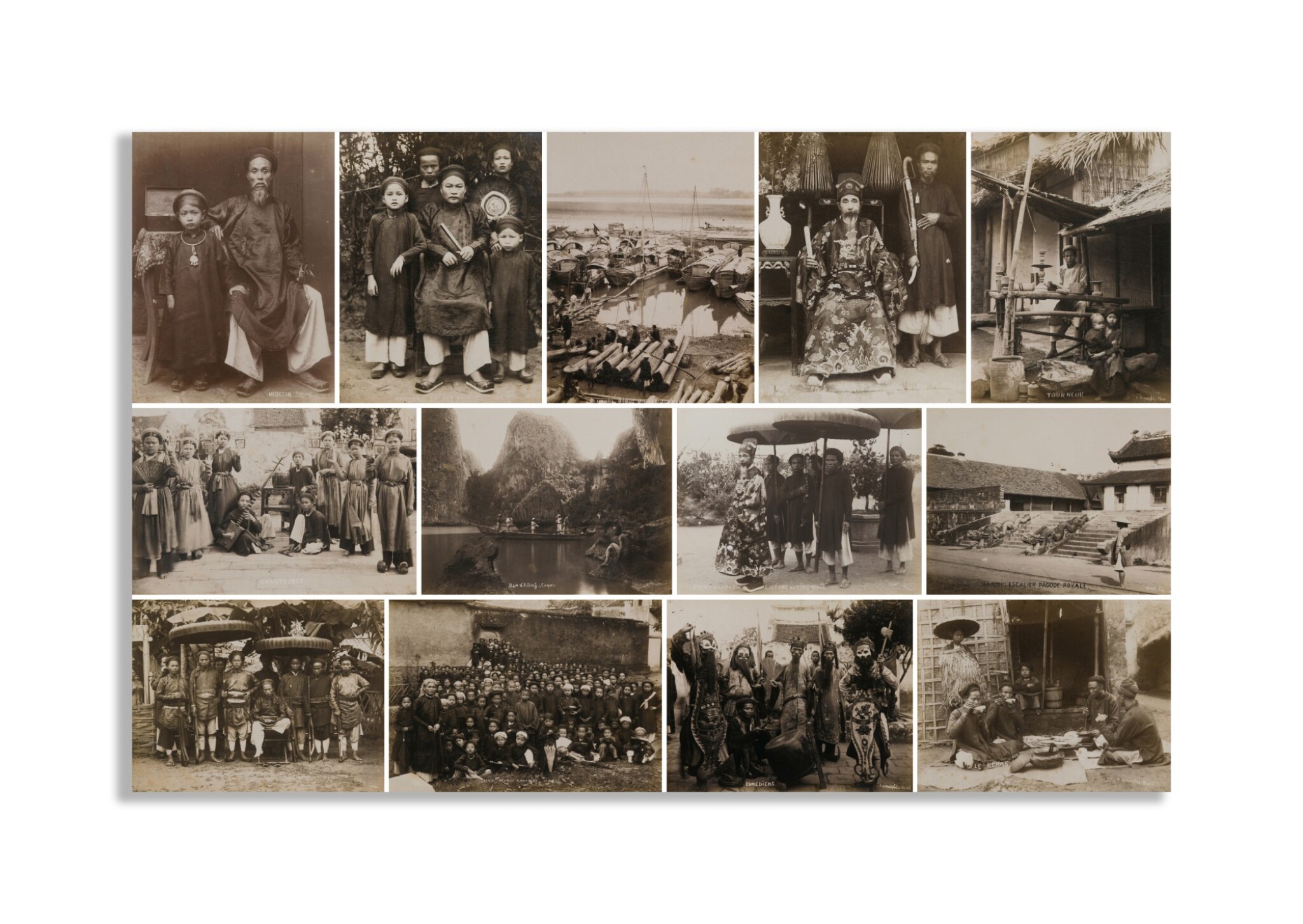 PHOTOGRAPHS OF TONKIN, NORTH VIETNAM, IN A LEATHER-BOUND ALBUM

Some photographs are signed, titled and inscribed

The leather cover has staining, abrasions, fraying, wear, peeling and losses. The leather cover and the papers inside it are slightly warped and undulated. There is some staining and fox marks visible on the papers. Some photographs have fox marks and some are faded due to the age of the work.

Pierre Dieulefils is certainly the first established professional photographer in Hanoi. As a photographer, postcard editor and traveler, his reputation quickly extended to all parts of Indochina and Europe, where he won numerous medals during the Universal Exhibitions. With an estimated production of 5000 pictures and postcards, he remains one of the greatest photographers and explorers of the region. His production covers Tonkin, Annam, Cochinchina and also Yunnan and Cambodia.

The present album, containing a choice of 47 original photographic prints is depictions of the everyday life in Indochina. The collection includes some famous landscapes and two portraits of the last Viceroy of Tonkin, Lê Hoan, with his escort, who held power over Six Provinces of North Vietnam. Viceroy Le Hoan is also the Father of the acclaimed Vietnamese painter Le Pho.

The original photographs in this album are striking witnesses of a recent past. The portraits depict scenes of ordinary life in Vietnam, which are considered as the beginning of modern photographic journalism. Dieulefil's photographical archives are well preserved and indexed at the French National Library. His artistic legacy is unique and essential approach for historians and lovers of Modern Vietnam.