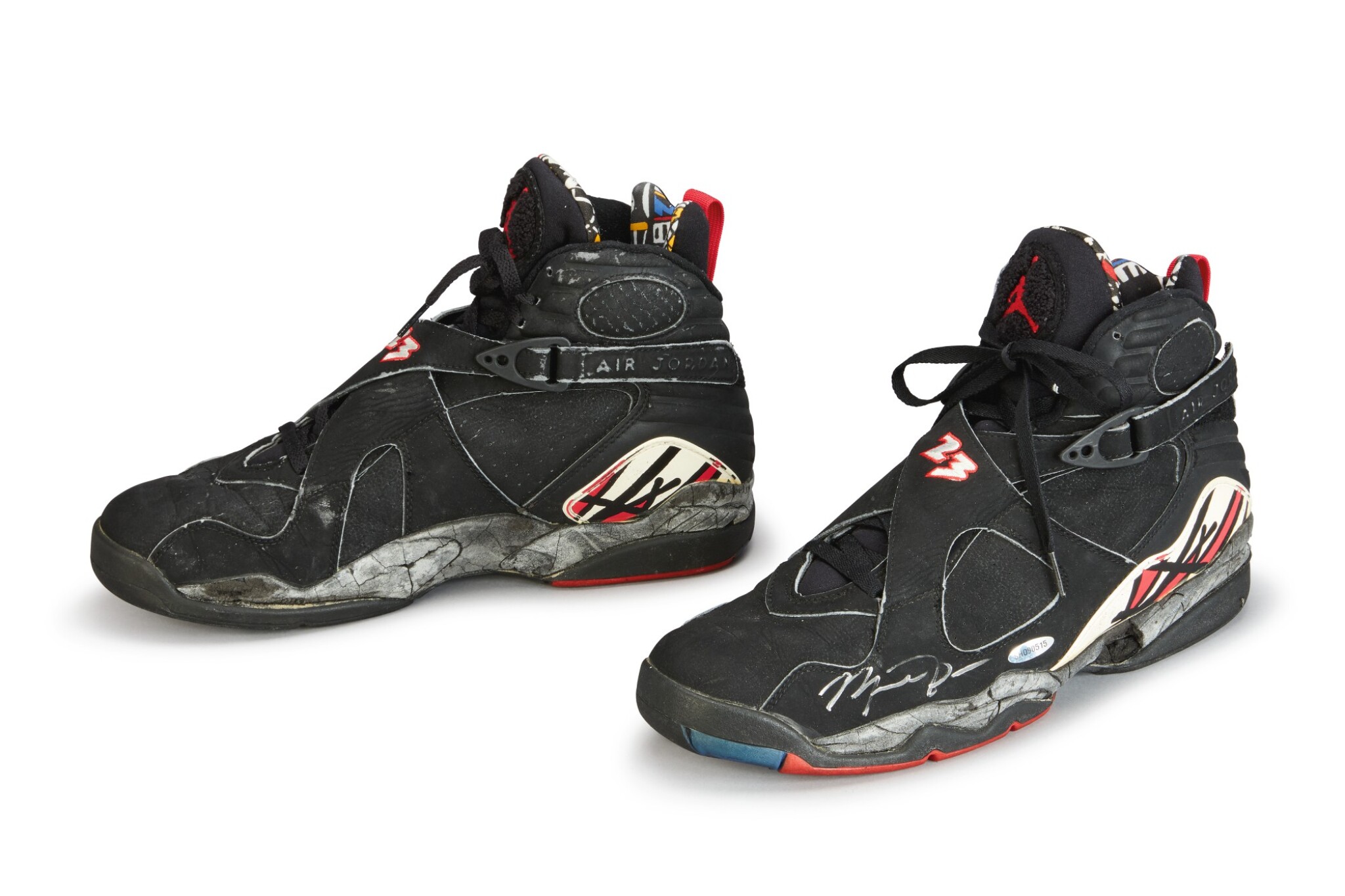 The soles on the shoes have cracked and are prone to crumble. For a more detailed condition report, please email brahm.wachter@sothebys.com.

This style (Black and Red) was worn by Michael Jordan during the 1992-1993 NBA Playoffs and Finals. This season would prove to be epic for Michael, his last one before his first retirement from Basketball and entry into professional Baseball. MJ would lead the Chicago Bulls to their third straight championship title (the third team in NBA history to three-peat) and become the first player ever to capture Finals MVP honors in three consecutive seasons, after the Bulls defeated the Phoenix Suns in an exceptionally close victory of 99-98 in Game 6.

Michael wore the Air Jordan VIII throughout the 1992-1993 NBA season and postseason, switching from White to ‘Playoff’ Black for the last games in the first era of his career.

Tinker Hatfield designed the Air Jordan VIII, and it was released in 1993. It was the first Jordan design by Tinker to feature anti-inversion cross straps, inspired by the high wire acts of trapeze artists.

These ‘Playoff’ Black and Red Jordans have a chenille Jumpman logo on the tongue, white and red ‘23’ embroidered at the top of each lace guard and black, red, and blue soles with a polychrome geometric pattern that also accents the design’s upper and interior. Jordan signed his name in silver marker on the left exterior toe.

These shoes are accompanied by an LOA from PSA/DNA and UDA (Upper Deck Authenticated) in regards to the signature, and a Letter of Opinion from MEARS Authentication LLC, with an “Authentic” Final Grade. Per UDA, the sneakers were signed by Michael Jordan in 2011.