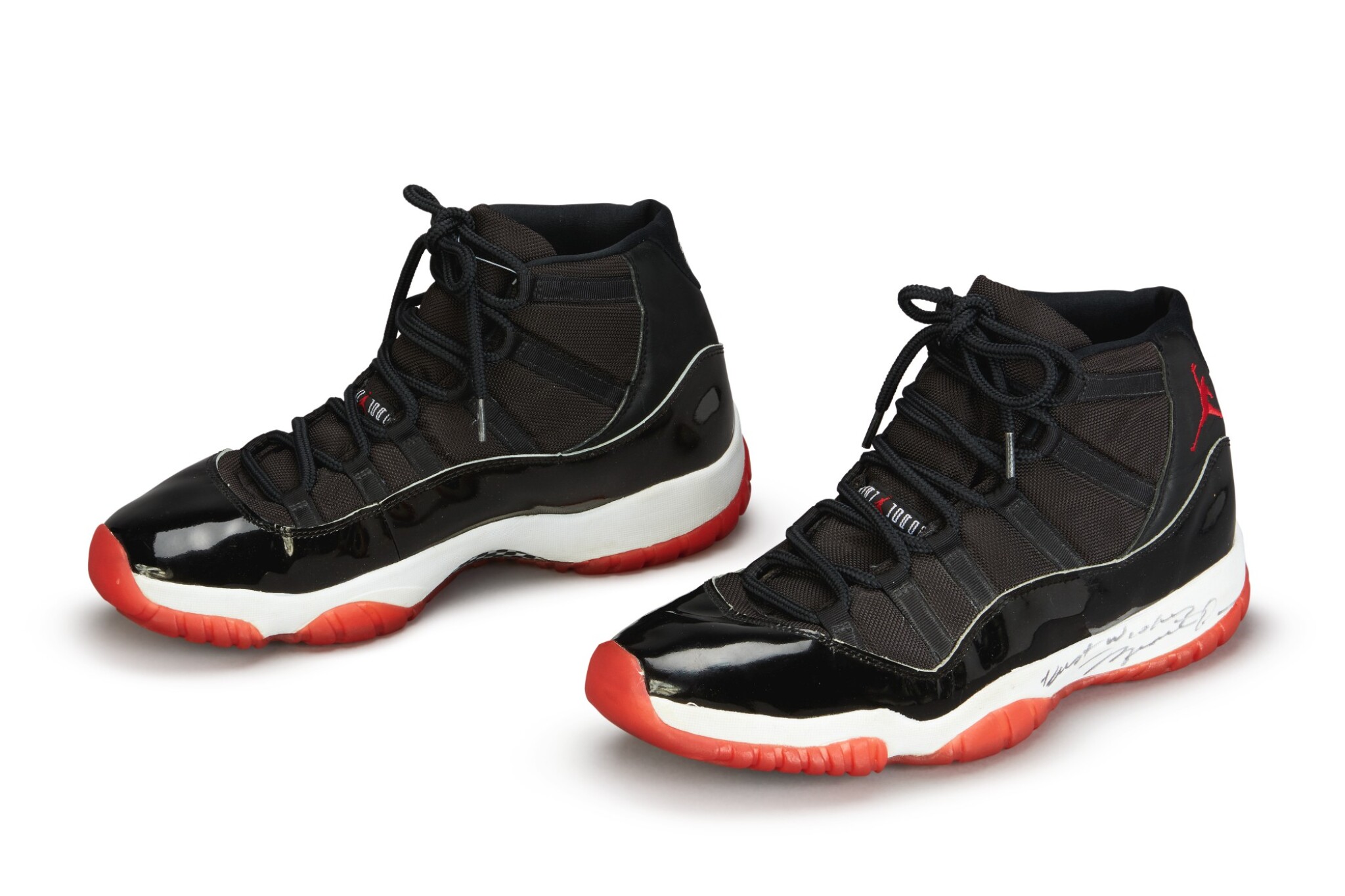 Shoes show solid moderate game wear. Naturally occurring ankle and toe creasing is present. There is a light coating of court dust on the soles.

This style (Black and Red or ‘Bred’) was worn by Michael Jordan during the 1995-1996 NBA Playoffs and Finals, and are perhaps one of the most desired styles by sneaker collectors worldwide. This season would prove an iconic one for Michael, winning his fourth NBA MVP title (leading the Bulls to 72 wins), with an additional NBA Finals MVP title after the Bulls defeated the Seattle Supersonics in the Finals.

The 1995-1996 season was Michael’s first complete season back after spending time in professional Baseball, and yet still, Jordan led the league in scoring with an average of more than 30 points per game.