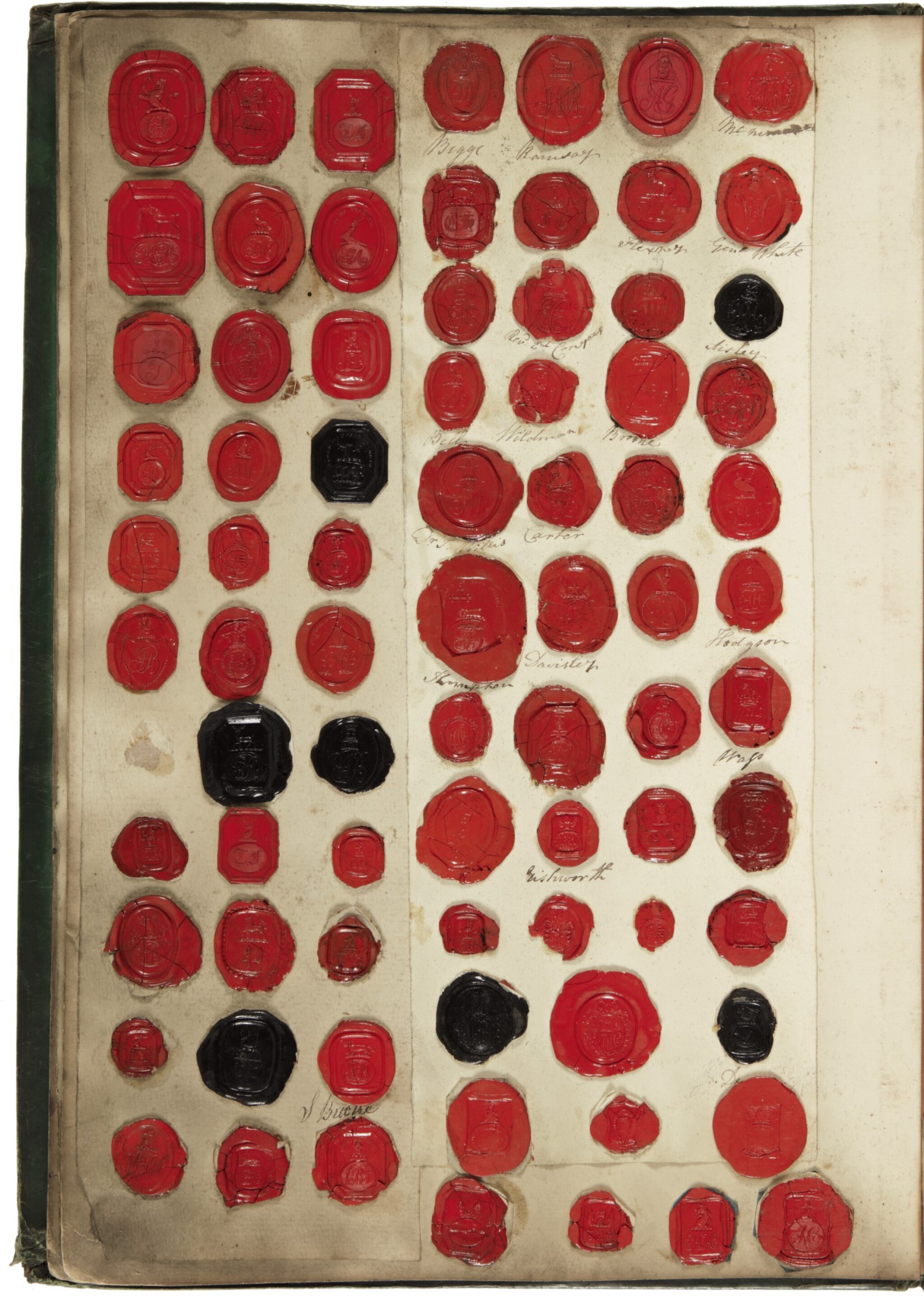 folio album comprising thirty-two leaves mounted with sheets or slips of paper bearing more than 1,600 wax impressions of personal and commemorative seals (some seals mount to the front endpapers as well), mostly 18th and 19th century, mostly red with some black mourning seals represented as well, many of the seals with manuscript identifications; 19th century green morocco; warped and cracked at joints

Among the seals are those of Benjamin Franklin, Duke of Portland, William Pitt, the Earl of Derby, the Duke of Marlborough, and Marie Antoinette.

some cracking and chipping, scattered soiling