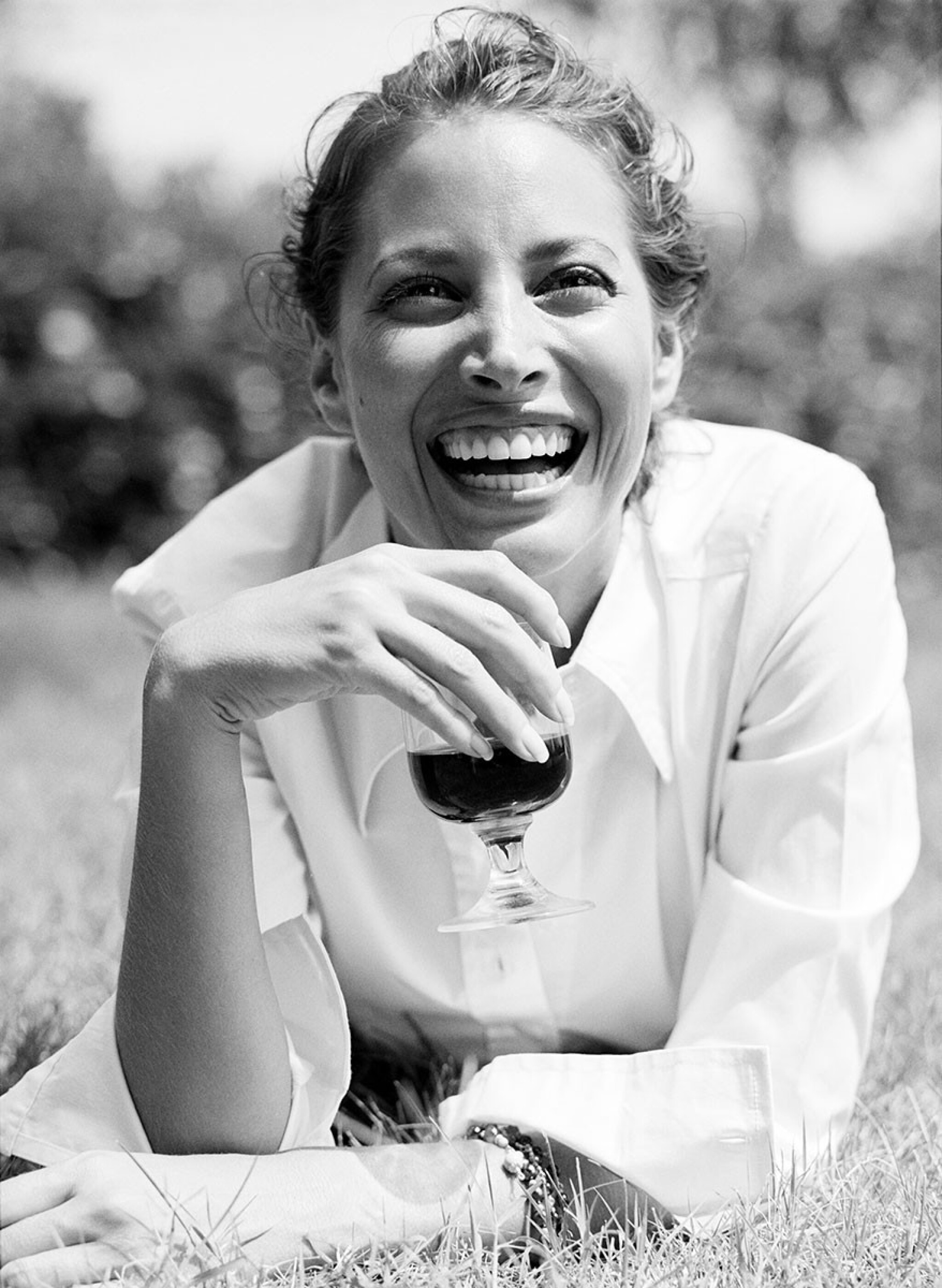 The winning bidder will receive a 11 x 14 inches silver gelatin print entitled “Christy Turlington with a wine glass, Florence 1998” Edition 4/25, framed with a white frame and white mat. Then, join renowned photographer Pamela Hanson for a behind the scenes virtual session with to hear more about the shoot.

Pamela has directed several television commercials including Estee Lauder, L’Oreal, Johnson and Johnson, Elizabeth and James, Zenni Optical, Warby Parker, Stride Rite, Lubriderm and the CFDA. Pamela also directed a series of television spots to raise funds for finding a Juvenile Diabetes cure and has received an award from the Association of Independent Commercial Producers (AICP) for her “Family Stories” short documentary, a public service announcement collaboration with The Partnership at Drugfree.org.

In September of 2001, Pamela Hanson released Girls, a 200+ page photo book filled with personal and professional work, color and black and white images, which has had worldwide success. She released her second book, Boys, in the spring of 2006. Her most recent book Private Room, a series of nude and semi-nude photographs of 8 different women photographed at Lafayette House between 2012 and 2014, was released in the Fall of 2017 as a celebration of female beauty and confidence.

Pamela Hanson was born in London and grew up in Geneva. She was educated at the American school in Lugano, Switzerland. She later attended the University of Colorado where she pursued her studies in fine arts.