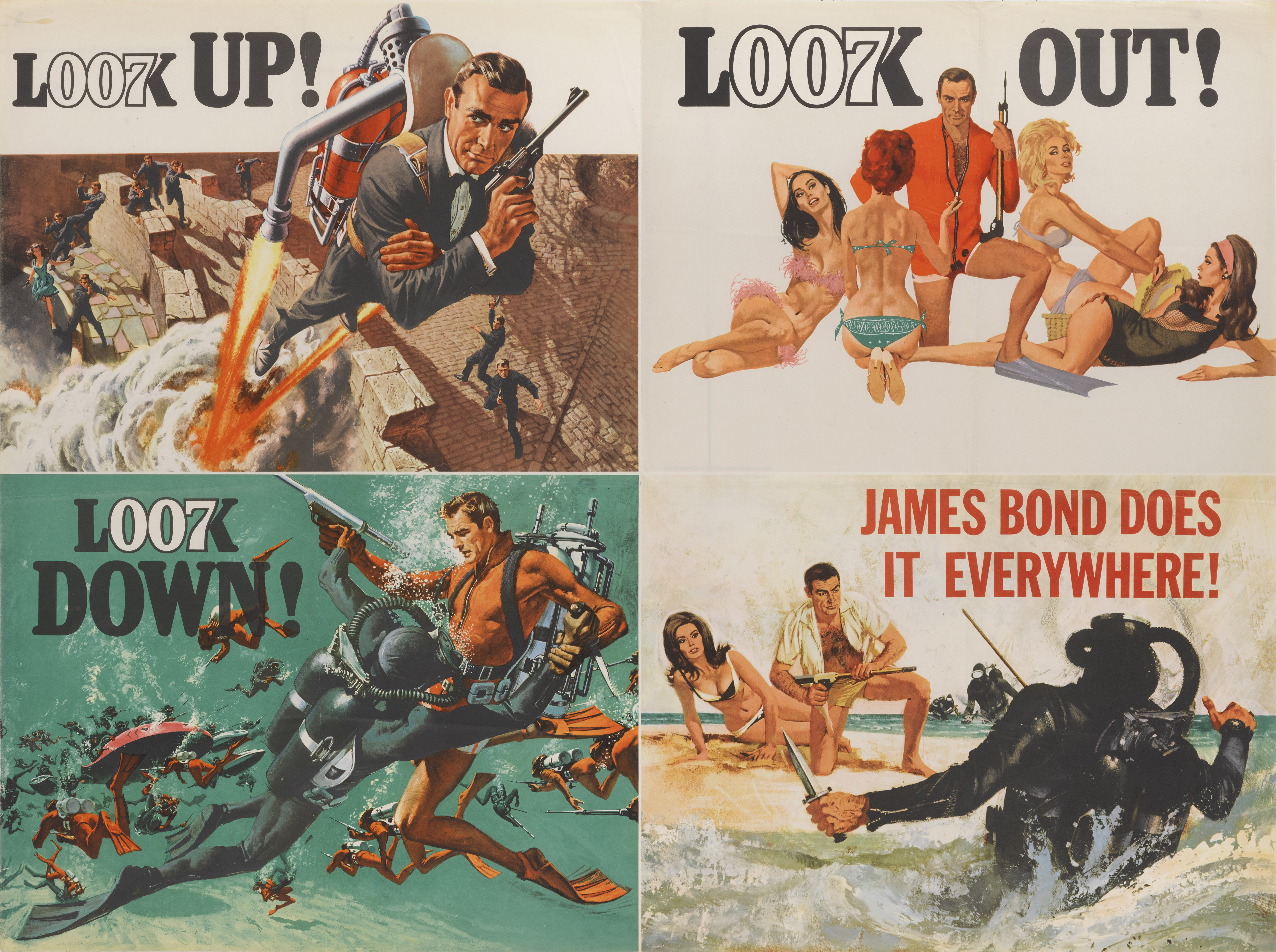 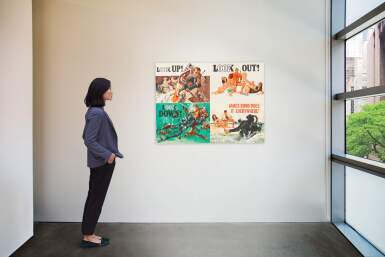 The artwork and wording 'look up, look down, look out' was mainly used on the American poster campaign, and does not feature on the main British poster, which only features 'look out'. However, it was fully used on this advance British poster.