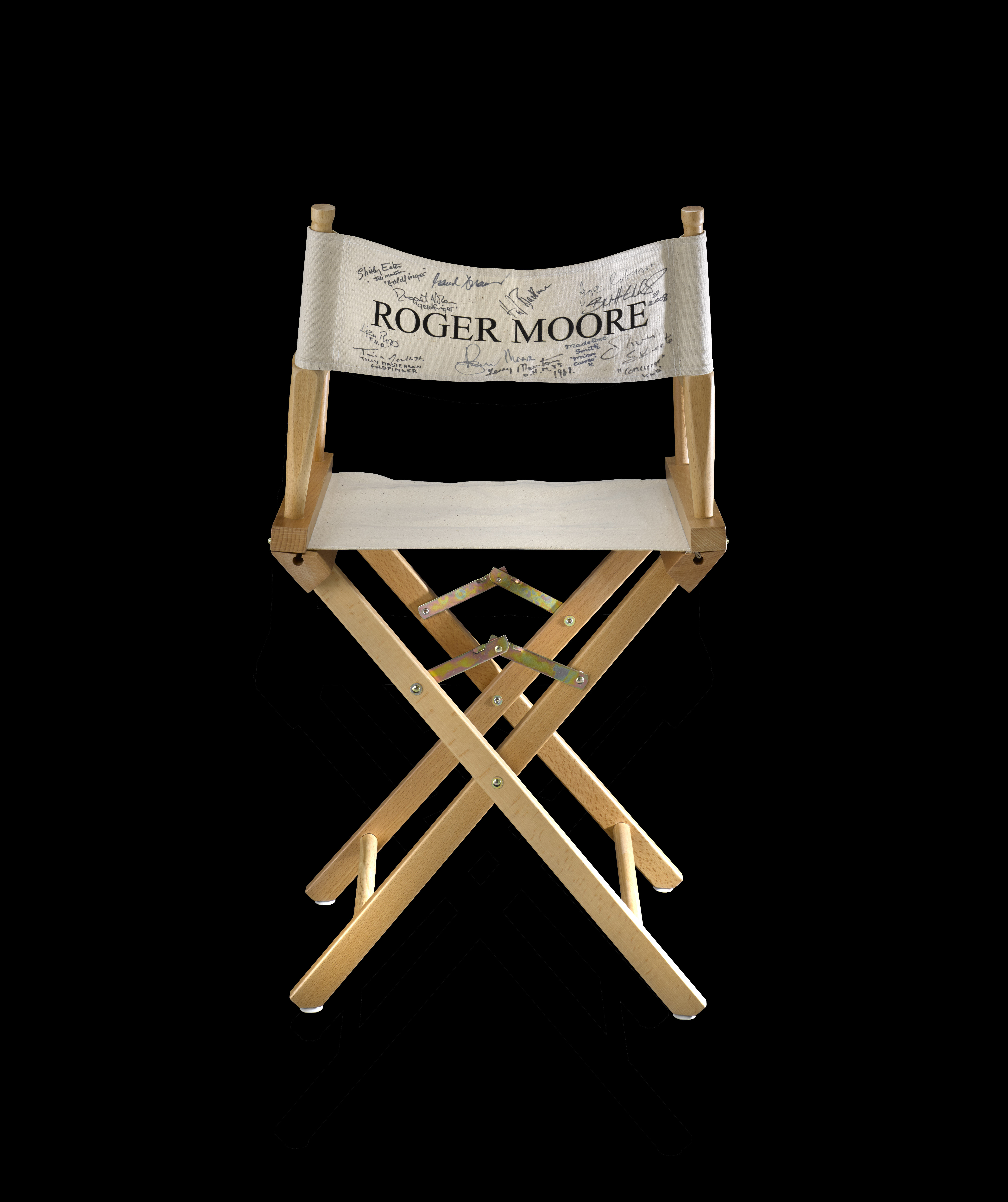 This director's chair originally sold in auction in 2006, and at that time it was only signed by Roger Moore, and came from his office at Pinewood studios. The previous owner then acquired all the other signatures over several years.